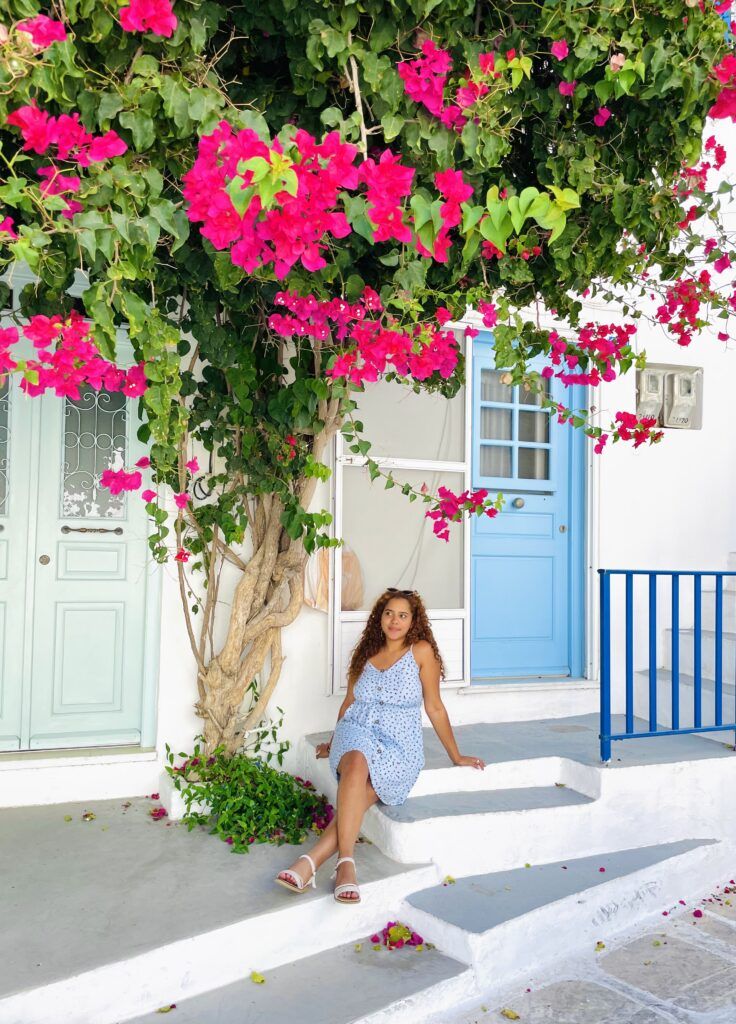 Based on your experience with CYA, what are some of the benefits of spending a semester or summer abroad? How has studying abroad contributed to your personal, academic, and professional development?

I can confidently say that studying abroad with CYA was the best decision I could have made for my personal and academic growth during my undergraduate college years. Studying abroad taught me invaluable lessons, especially of independence. This was the first opportunity I had to be truly, completely separated from family and friends, and I wanted to learn so much from it. From budgeting to finding strength and confidence within myself to navigate a completely new environment, I was challenged in many ways, and as I near the end of my time here I feel confident in my success. Academically, this was a great opportunity to attend classes with people from universities from all across America. Because of this I have been able to listen to diverse opinions and have rich conversations with my peers during class. CYAs commitment to learning outside of the classroom has also been instrumental in my academic development. During these four months, Greece has been my classroom, and I have discovered that from ancient ruins to soccer matches, there is always something or someone to learn from. That has been extremely enriching as a student, but especially as a young woman navigating adulthood.

Two main things: first, you can do absolutely everything you want while sticking to your own budget. It is okay to say no to that island trip or to that night out if it doesn’t go well with what you have planned financially. I caught myself several times agreeing to partake in activities or outings that would later on cause me financial stress. When we come abroad, it does feel like time is limited and you gotta see everything, and do everything and be everything, but sometimes, there is so much to see and do and be right in your own neighborhood. My mother would constantly remind me of this the first few months I spent in Greece and eventually I started paying more attention to why I was spending the money I was spending and discovered that a lot of times it was doing things that I did not plan or did not really want to do. It’s okay to save your money to do things that will make you happy even if nobody else is doing that. Secondly, friends will come. The first week or two in Athens was very difficult socially, for me. Back in college and at home, I have my established group of friends whom I love and who love me back. This was the first time in years that I actually had to go out there and make friends. It felt like Freshman orientation four years ago! To add insult to injury, I was the only Brandesian at CYA this semester and I felt like I couldn't break through the already formed friend groups from other, bigger universities. I felt like I was performing myself, unconsciously making myself more interesting, more polished, more funny, and by the end of the day, every day, I was exhausted. I met my closest friends here by chance. One of them approached me as I washed my hands in the cafeteria bathroom to compliment me on my hair, a second one I met telling life stories on the bus ride to Delphi. For two of them I cannot even remember when it was that we became best friends, I just knew that one day I took off the mask, offered it up to chance and decided that my friends would come once I stopped looking. And they did. It is scary to be vulnerable and open in a brand new space, but I really had to, I had to stay true to myself, for myself, and because of that my experience has been a million times better.

How was the political climate in Greece different from what are you used to? If applicable, describe a time when you had to navigate a political conversation during your time abroad.

I have had several political conversations this semester. Mostly within the academic context, but important nonetheless. In my class “Sociology of Dissent”, we constantly discuss Greece and its history of dissent and revolution. Because of this I have been able to notice in Greece a fervent spirit of protest and rebellion. I think because Greece has constantly had to defend against invasion, there is a lot of pride in the Greek identity. I was able to corroborate this when we visited Anogeia, a small mountain village in Crete, and the Mayor explained that people remember the sacrifices of those who perished in the wars fondly and with a lot of pride. They recognize the value of being able to rebuild after destruction.

Please select any of the following that apply to you, and that you would be willing to share about your CYA experience with other students:

When we were in Heraklion, my friends and I made friends with the waiter at a restaurant we were eating at. In our conversation, he invited us to a small gathering to bid one of his friends farewell. He was enlisting in the mandatory Military Service and his friends were making food and hanging out one last time before he left. That night, I felt and still feel, was extremely important for me, culturally. I had rich conversations, ate good food and felt extremely welcomed by these people who had just met me but did not hesitate to share their space and their friendship with me. It really taught me a lot about Greek hospitality and that night became one of my most cherished memories of my time in Greece.

μακάρι! Meaning "I wish" or the Spanish "Ojala!" It reminds me of how much I wished to be able to live this experience and how much I wish it would last forever.