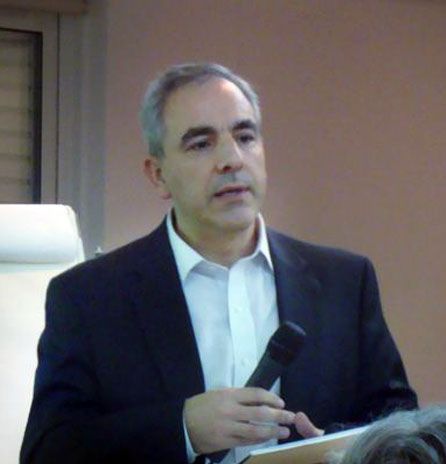 Thanos P. Dokos received his Ph.D. in International Relations from Cambridge University and has held research posts at the Hessische Stiftung Friedens und Konfliktforschung (1989-90) and the Center for Science and International Affairs (CSIA) at Harvard University (1990-91). He served as the Director for Research, Strategic Studies Division, Hellenic Ministry of National Defence (1996-98) and as an Advisor on NATO issues to the Ministry of Foreign Affairs (1998-1999). He was a NATO research fellow for 1996-98. He was the Director of Research (1999-2006) and then the Director-General of the Hellenic Foundation for European & Foreign Policy (ELIAMEP) [2006-2019]. He is currently (Nov. 2019- ) the Alternate National Security Advisor to the Prime Minister of Greece. He has taught at the Universities of Athens and Piraeus, the Hellenic National Defence College, the Diplomatic Academy and the Hellenic National Security School. His research interests include global trends, international security, Greek-Turkish relations & Mediterranean security.

Selected recent publications include: “White Paper on Greek Foreign Defence and Security Policy (ed., in Greek), ELIAMEP, March 2016; “The Eastern Mediterranean in 2020: Possible Scenarios and Policy Recommendations” (ed.), ELIAMEP-KAS Policy Paper, April 2016; Greece in Bartles, Kellner & Optenhoegel (eds), ‘Strategic Autonomy and the Defence of Europe’, Dietz, Bonn, 2017; The EU and the Western Balkans as a Single Security Space in ‘Resilience in the Western Balkans’, EUISS Report, September 2017; Defence expenditures in the Mediterranean and the Gulf region: the impact on regional security, Mediterranean Yearbook 2019.