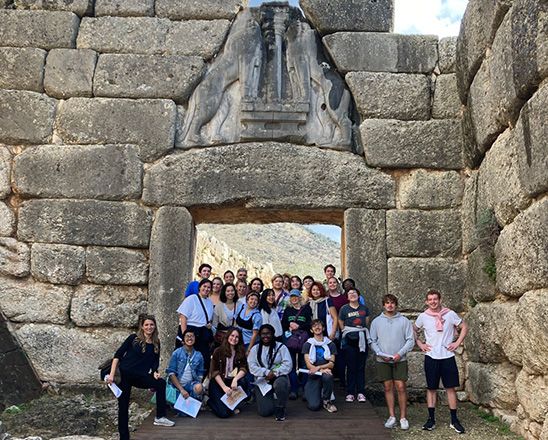 The purpose of the “Ancient Greek Mythology and Religion” course is to provide a knowledge and a method of “reading” Greek myths of the Archaic and Classical periods in their cultural and historical context.
“Ancient Greek Mythology and Religion” offers an introduction to the religion and myths of the ancient Greeks, largely based upon the written words of the ancient Greeks themselves. The course will study a selection of important Greek mythological stories and figures as represented in Greek literature and art, beginning with selections from the earliest extant Greek literature – Homer, Hesiod, and the Homeric Hymns, and moving on to reading selections of Greek drama. From these readings we shall attempt to understand the Greek cosmogony and the place of gods and humans within it. While studying myth, we will address Greek religion as an integral part of the ancient Greek polis. During the course students will become proficient in a variety of methods of analysis and interpretation of these myths; critically engage with select scholarship; and study the role of myth in helping individuals and communities organize their understanding of the world. Through research, writing, and daily in-class analysis, students will engage with key issues treated by the myths: these include the role of the divine, gender conflict, personal and communal identity, the consequences of war, human and divine justice, self-sacrifice, political ambition, and the societal roles of women, slaves, and foreigners. The course treats primarily the ancient material. We shall, however, also examine a selection of these myths in the visual and performing arts.