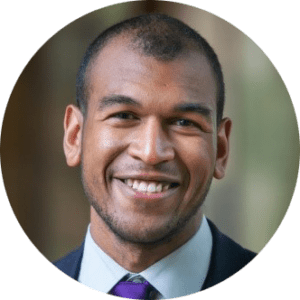 Shiro Burnette – University of the South Sewanee
“Athens is a rich city, both historically and culturally. There are dozens of diverse opportunities to experience if you take the initiative to go and discover them. I have no doubt that you will stumble across surprising side streets with great food vendors, restaurants, coffee shops and more. Likewise, do not be afraid to get lost. A friendly “Sygnomi” can go a long way.”

Athens may be steeped in history, but it is by no means trapped in time. It is a rapidly modernizing metropolis, where the immediacy of the past stands in stark contrast to the evolving demands of the present.

Renowned worldwide for its history, monuments, and museums, the cultural life of Athens is an energizing blend of old and new. Between hip bars nestle small live music venues, offering the ever-popular Rebetika. There is also a thriving theater tradition, from ancient to experimental, and Athens boasts an impressive number of art galleries and classic cinemas.

The open air fresh food market is a weekly mainstay of every neighborhood, and the city also possesses numerous sports venues and concert halls as well as myriad restaurants and cafes. Down the coast you can find beautiful sandy beaches, and you can easily hop on a ferry and make day trips to nearby islands.

Athens is a densely packed city of ancient sites, museums, and a seemingly endless panorama of modern urban landscapes, all ever-changing and vividly alive beneath the gaze of the Parthenon, one of most important ancient monuments in the Western world.

Athens impresses visitors with the timeless evidence of its brilliance in the arts, architecture, philosophy, and politics. However, living in Athens as a non-Greek (i.e. making a home in a neighborhood, establishing a routine that allows you to adapt to the local pace and rhythm) requires more than just adjusting to a different mindset and culture. It is also about identifying and embracing your own unique differences.

A City of Villages

Despite its rapid, ongoing transformation, Athens remains a city of small, intimate neighborhoods, each clustered around a central plateia, or square. Each of these neighborhood enclaves, from bohemian Exarchia to posh Kolonaki and sophisticated Nea Smyrni – named by the refugees from Smyrna who settled there—has its own distinct personality and charm.

Believe it or not, traditional village life is also very much alive in Athens, where apartment balconies act as gardens and living rooms in warm weather, while neighborhood cafes brim with people, night and day, relaxing over coffee or ouzo, joking with each other and endlessly debating and sharing news.

Dedicating time to exploring a variety of the city’s neighborhoods will reveal a metropolis with a distinctly Mediterranean pace and intimacy, coupled with an indomitable zest for life.

Take a virtual tour of Athens, starting from the area near the CYA Academic Center (to the left of the Kalimamaro Stadium).