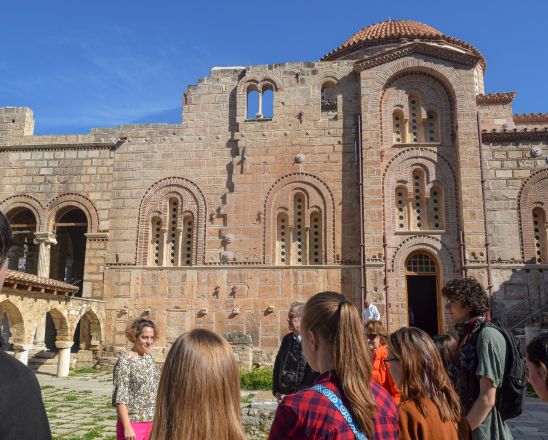 Biography of an Empire: The Surprising Life of Byzantium course explores the history and life of the Eastern Roman/‘Byzantine’ empire, the so-called ‘Byzantium’. The empire, founded on the classical Greek and Roman past, encompassed and extended well beyond the Mediterranean region and survived for over a thousand years: from its Christianization in the 4th century AD up to the fall of its capital, Constantinople, to the Ottoman Turks in 1453. By which means, was an empire of this magnitude able to negotiate its survival over the course of a millennium? In examining the issue, particular attention will be paid to the investigation of the prevailing social, political and economic conditions in the region, as well as the massive changes in society, culture, religion, geography and ideology that Byzantium first introduced.

The empire, throughout its extraordinary life, promulgated and maintained a unique ideology that was, paradoxically, able to protect an image of stability, timelessness and unchanging order. At the same time, Byzantium accomplished major transformations and innovations in its political ideology, state institutions, political, social and cultural life, that allowed it to prevail even during the last centuries of its life, building an ever-lasting legacy. Besides the narrative of main historical events, special emphasis will be given throughout this course, to the character and riches of this quite different civilization. What Byzantium was in the end, why and what special significance does it still hold for us today? Through the analysis of the identity of the Byzantines and different interpretations of particular historical events, we will try to achieve a better understanding of the broader mechanisms of (re)construction of historical memory.

Class sessions combine lectures, as well as discussion of primary texts and, in-depth analysis of visual material, in order to provide a holistic introduction to the history and culture of the Eastern Mediterranean during the period.