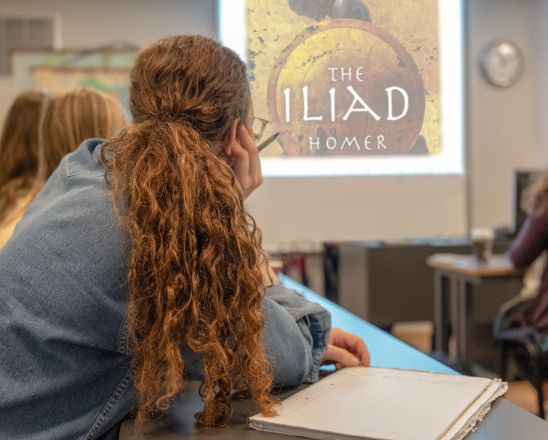 The course “Iliad of Homer” involves a close reading of the Iliad (in translation) and constitutes an in-depth exploration of several aspects of the poem, historical, psychological, religious. To begin with the historical setting, the daunting ruins of Troy are viewed as a monument that inspired the poet in the seventh century BCE – not earlier. This was a time when the Assyrian empire was expanding and Greek soldiers were employed as mercenaries in the Near East and Egypt. The possibility that Homer saw these ruins in person is investigated. Emphasis will be placed on the analysis of the psychology of the characters: the plight of soldiers fighting far away from their country, the guilt of a woman who betrayed her husband, the dark side of pride and egocentrism that may lead to madness. Homer includes animals in his enormous literary canvass:  the fear of a timid hare seeing a predator approaching matches the fear of a soldier walking resolutely to his death.

The course “Iliad of Homer” finally explores the religious dimension of the poem: do the gods in the Iliad really exist or are they figments of human imagination? The poet allows his readers to make up their own minds, but makes sure that the epiphany of a god is never witnessed by more than one person. His unique grasp of the predicament of man as a helpless but heroic creature in lawful but loveless universe makes the Iliad one of the best poems ever to have been written. All texts are in translation.