The Strangeness of Ancient Greece: Diversity, Difference and Regionality among the Greek States (Athens, Peloponnese) 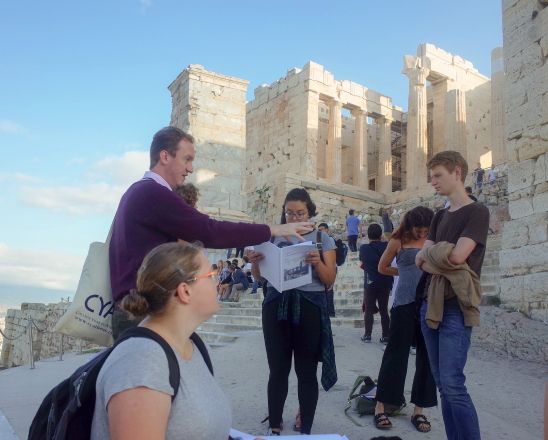 The Strangeness of Ancient Greece: Diversity, Difference and Regionality among the Greek States (Athens, Peloponnese)

The weight of Classical texts about Athens or by Athenians has led to a concentration on this one ancient polis, an Athenocentricity that needs to be balanced by the archaeological record across the rest of the ancient Greece world. Was Athens the typical polis, the norm, the exemplar, or quite unique? Did other Greek states behave like the Athenians in their cultural, religious, or political lives? Did all Greeks have the same norms and taboos concerning gender, sex and sexuality? These questions and many others will be explored during this intensive 4-week tour of Greece, which will cover many regions of the country in order to bring out the local differences in material culture, literary and epigraphic traditions, and archaeological remains. We will visit archaeological sites and museums and use the evidence presented to discuss issues of race, ethnicity, social structures, language and communication, war, politics, slavery, and religion.