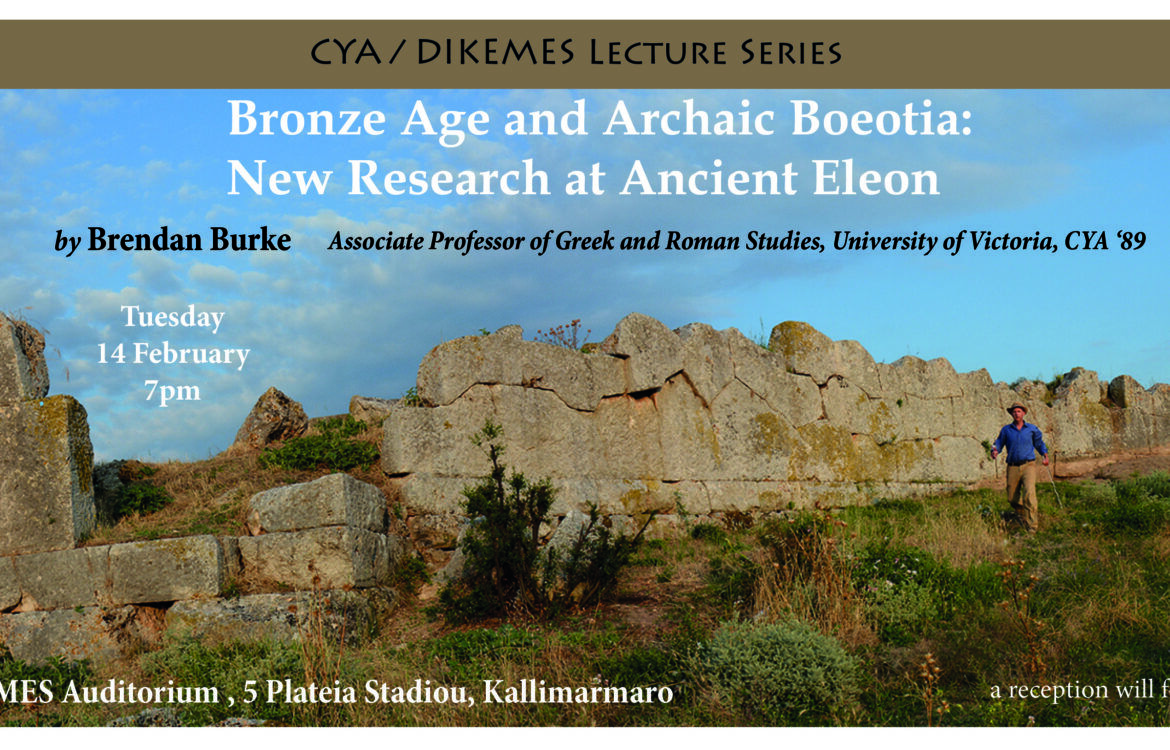 CYA will be hosting the first of it’s series of public lectures for 2017: “Bronze Age and Archaic Boeotia: New Research at Ancient Eleon”  by Brendan Burke Associate Professor and Department Chair of Greek and Roman Studies at the University of Victoria and CYA Alumnus 1989.

The lecture will highlight work of the Eastern Boeotia Archaeological Project (EBAP) focused on ancient Eleon, a little known site in eastern Boeotia approximately 12 km from Thebes. Work since 2007 has involved a regional survey and systematic excavations, part of which is run as an archaeological field school. The site has evidence from the early Mycenaean period in the form of elaborate burials, settlement levels from the Palatial and Post-Palatial phases of the late Mycenaean age, and monumental architecture and indicators of cult activity from the Late Archaic and early Classical period.