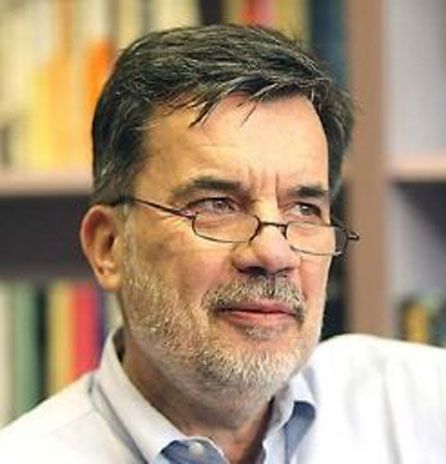 Alexander Kitroeff was born in Athens and educated in the United Kingdom where he received his doctorate degree in modern history from the University of Oxford.

He is currently Professor of History at Haverford College in Pennsylvania and has taught at several other institutions including the Center for Byzantine and Modern Greek Studies at Queens College CUNY, the Onassis Center for Hellenic Studies at New York University, The American College of Greece, and College Year in Athens. He served on the editorial board of the Journal of the Hellenic Diaspora from 1980 through 2013 when the journal ceased publication.

His research focuses on identity in Greece and its diaspora in a broad range of topics on which he has published extensively. His most recent books are The Greeks and the Making of Modern Egypt (2019) which is also being published in Arabic and in Greek, and Greek Orthodoxy in America: a modern history (2020.)

Kitroeff has also collaborated with film director Maria Iliou as historical consultant in several documentary films, the most recent being “Athens Between East & West, 1821-1896” which is the first of a 5-part series on the city’s modern history.

Kitroeff is currently working on two book projects, a history of the American Hellenic Educational Progressive Association (AHEPA) to mark the organization’s centenary in 2022, and a history of Greek-owned diner restaurants in America.