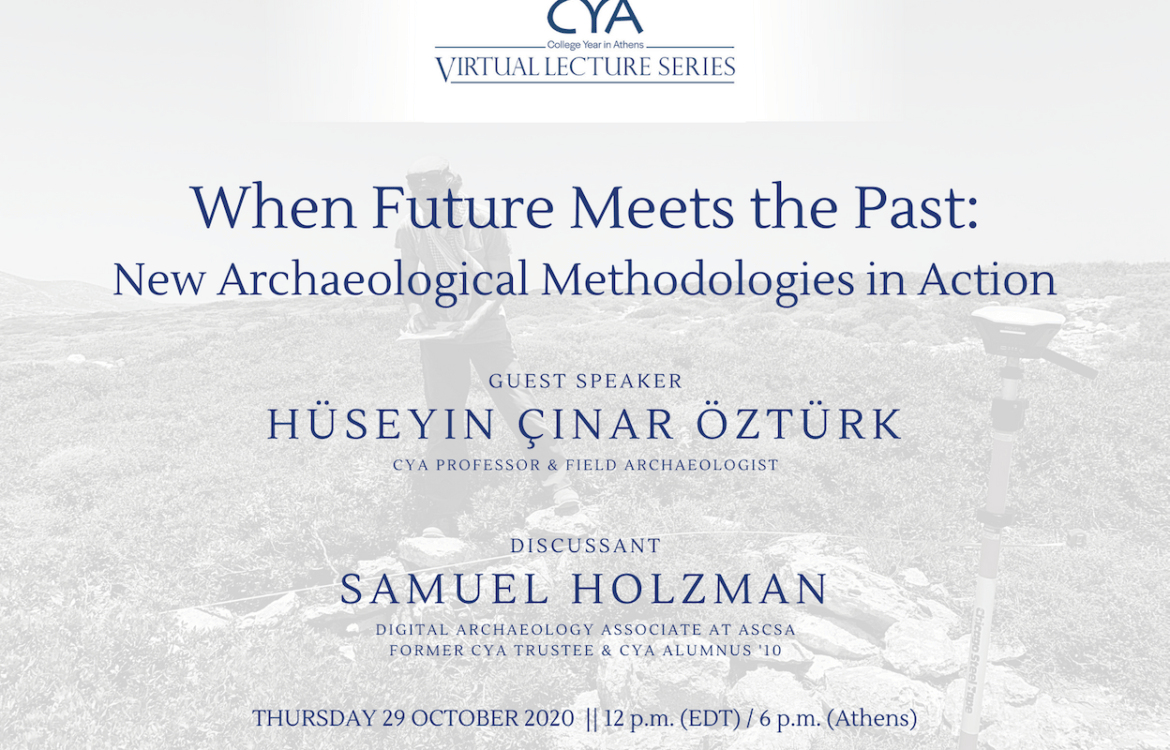 On Thursday, October 29, CYA Professor and field archaeologist, Hüseyin Çınar Öztürk, outlined developments in the field of archaeology from the middle of the twentieth century to today in an engaging virtual lecture. Sam Holzman, Former CYA Trustee and CYA alumnus, served as discussant for the virtual lecture. Holzman serves as the Digital Archaeology Associate at the American School of Classical Studies at Athens.

Traditionally, archaeology was a field of study that relied on diligent note-taking, cataloging, and countless hours in the library. In the middle of the 20th century, archaeology began to utilize scientific methods to best study ancient sites and societies.

This shift toward the sciences inspired archaeologists to develop and incorporate new scientific and technological tools to record and catalog their finds, marking a major shift from traditional archaeology, which depended on handwritten notes and cataloging.

The introduction of computing into the field made note-taking and cataloging much more efficient and allowed archaeologists to find items that had previously been located and input into databases. One of the most important advances, though, was the use of photogrammetry, or making measurements of sites and objects through photography, in archaeology. Photogrammetry allows archaeologists to create 3D models of sites and objects through taking pictures of the subject at many angles.

Professor Öztürk currently works with the Small Cycladic Islands Project to survey the tiny islands in the Cyclades that were once home to important ancient sites. By using photogrammetry and drones, archaeologists can map out and model entire islands in order to best study the archaeological remains there.

Although the advances in archaeology have made the study of antiquities more efficient, critics say that the time saved by using these tools is used to simply make more tools, rather than to contemplate the archaeological finds or the field more broadly.