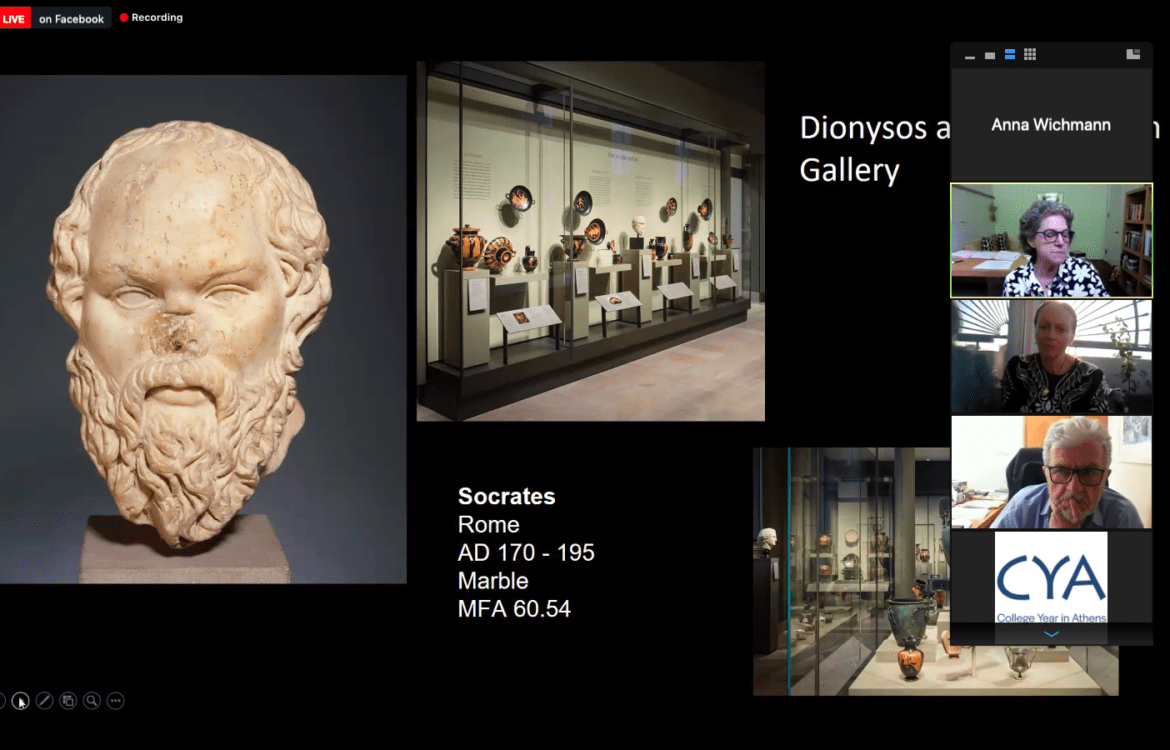 The tour and discussion were facilitated by author, academic, and curator Athena Hadji, who offers the course the Art and Craft of Curating: Making Sense of Art in the 21st Century at CYA. This eye-opening tour of the collection was part of CYA’s ongoing mission to maintain connections with the broader community through its Virtual Lecture Series.

Dr. Kondoleon and Dr. Segal stated their mission of emphasizing antiquity’s relevance to contemporary life in the museum’s exhibits to encourage  viewers’ curiosity while maintaining intellectual rigor rather than simplifying their message.

Flyer from the lecture

Featured in the MFA Boston’s collection of Greek art is an exhibit on daily life in ancient Greece, which includes figures depicted making bread and preparing food and children’s toys. Dr. Kondoleon suggested that these toys, a doll with moveable limbs and knucklebones  from goat and sheep used for a dice game, might inspire today’s  frustrated parents who are in lockdown and struggling to keep their children occupied while schools are shut down, and children are staying inside.

Dr. Segal discussed the MFA, Boston’s next Greek art exhibit, which will focus on themes of citizenship, identity, and race in Ancient Greece. Dr. Segal contended that we could deepen our understanding of topics including civics, democracy, and citizenship, all of which are extremely relevant in the current climate, through the study of Ancient Greece.