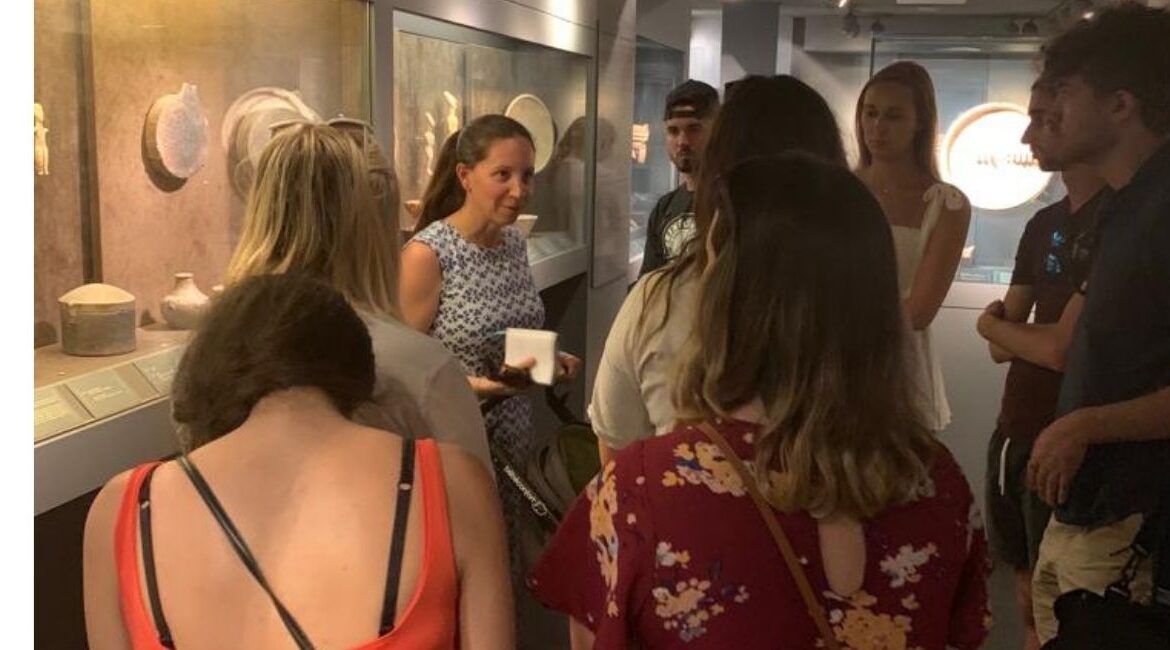 “Unknown Provenance” | Class Visit to the Museum of Cycladic Art

“Unknown Provenance.” 2-words repeated over and over by CYA professor, alumna (’95), and trustee, Zoë Kontes, while showing her students around the Museum of Cycladic Art here in Athens. Zoë Kontes teaches a new summer course called Illegal Antiquities, which looks at the acts of looting antiquities, the international art trade, forgeries, museum management, and conservation of heritage in regards to Greek art and archaeology.

Prior to their discussion at the Cycladic Museum, the students had learned about Cycladic figurines and the problems curators face today in establishing their original provenance. Did you know that currently, archaeologists estimate that more than 30% of Cycladic figurines are fake? Kontes also had students prepare for the lesson by listening to her podcast “Looted” which looks at the stories of artifacts and tells the hidden secrets that museums don’t necessarily want viewers to know. She explains that with looting comes the destruction of the find’s context and with that destruction comes a loss of important information needed to know more about the objects.

While at the museum, students were able to examine the permanent exhibition, with its array of Cycladic figurines. They discussed the issues with attributing figurines to a “Master” and the issues with collecting such objects. Next they visited the temporary exhibition that looks at Picasso and Antiquity and how Modern artists represent antiquity within their art.

Following their discussion in the museum, they had a debate where half the class argued on behalf of archaeologists, and the other as collectors (the collectors won). Students will also be visiting the island of Naxos, to see the island where many of these figurines originated and visit museums on the island. They also traveled to Thessaloniki and Crete to see firsthand many of the objects associated with their course discussions.