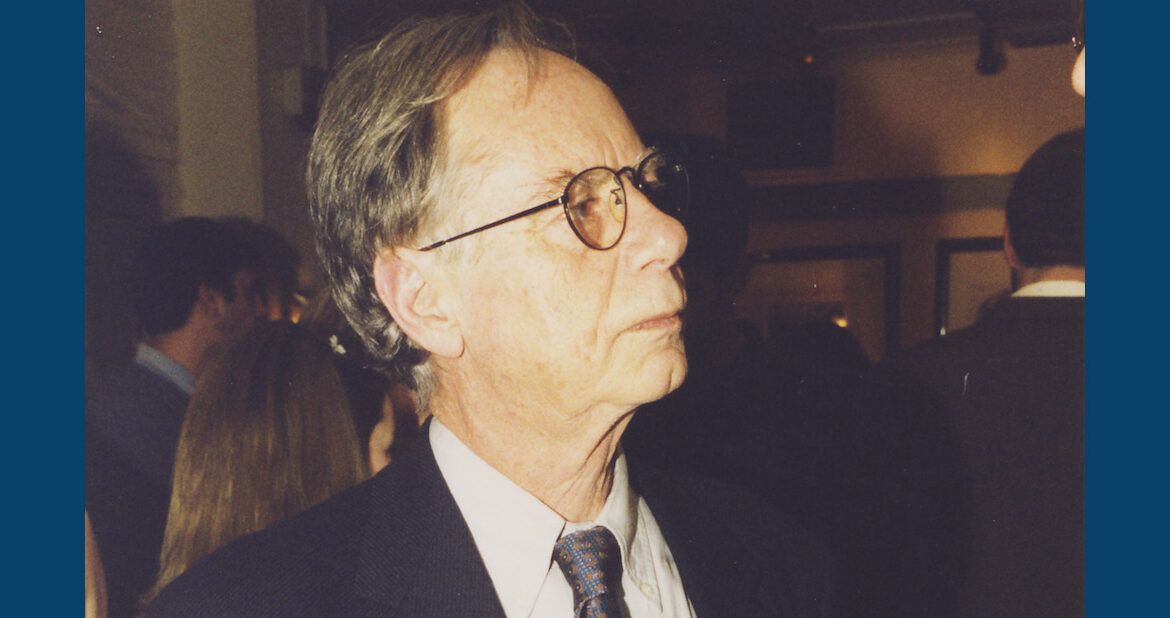 It is with great sadness that we announce the passing of Dr. Kimon Giocarinis, who died peacefully at his home in Pangrati on Saturday 8 January 2022 at the age of 96. Kimon served CYA loyally from 1977 to 2005 as Director of Studies and also for some years as instructor of Greek history. He had received his PhD in History from the University of Wisconsin and had taught at Hiram College before coming to CYA at the invitation of Mrs. Phyl who had known him as a student of hers at Athens College.
A deeply educated man, known for his gentle manners, his culture, and his humor, worked closely both with Louis Cajoleas and Alexis Phylactopoulos. Kimon and Alexis were particularly fond of each other and worked together on all CYA affairs including the relocation of the school from Kolonaki to two other locations and finally to its present premises next to the Kallimarmaro. Kimon was responsible for the first large diversification of the curriculum by the adoption of other courses outside the classical core of the program. Immediately after his retirement, he accepted the onerous task of writing a book on the first 45 years of CYA, which still remains the basic reference source on CYA’s formative period. To honor him CYA established in 2012 a scholarship in his name.
The CYA community will miss Kimon greatly. He is survived by his three daughters, Aliki, Helen, and Io.