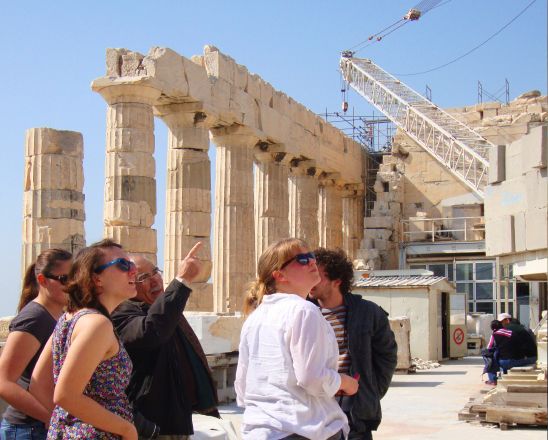 A study of the major architectural currents in the ancient Greek world from the 6th century BC to the 2nd century AD as these manifest themselves in the surviving architectural monuments of Athens. In order that students may profit as greatly as possible from first-hand, visual contact with the monuments that are the object of their study, almost all sessions of the course are held on the Acropolis, the Agora and other major Athenian sites.