Ancient Macedon to the Death of Alexander the Great 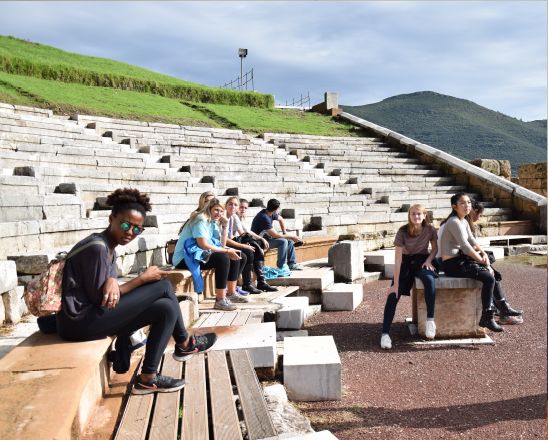 Ancient Macedon to the Death of Alexander the Great

An examination of the actions and events of the 4th century BC through the study of primary evidence – literary, epigraphic and archaeological. Special attention is paid to the career of Philip II and to that of his son Alexander the Great.

The course is partly taught on the field trip to Northern Greece which takes the students to Thessaloniki and its museums, the ancient capital city of Pella, the royal Macedonian tombs, the palace at Vergina and other sites with a view to familiarize the students with the archaeological evidence on Macedonian history.

A visit to the Epigraphic Museum in Athens acquaints students with important 4th century documents that survive inscribed on stones and which constitute valuable sources of ancient history. Special emphasis is given to topics that are central to modern political and intellectual debate.