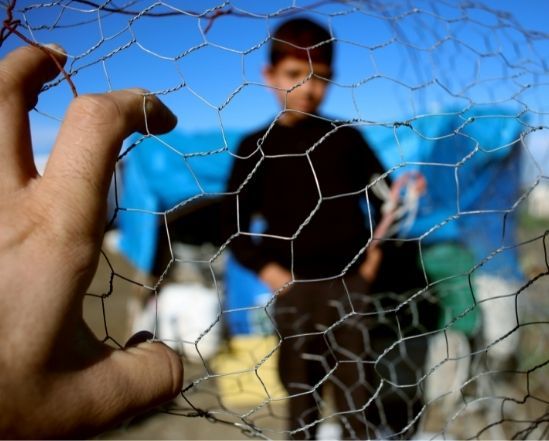 Borders  are at once real and imagined. They divide and they are crossed. They are lines and transitions.   Borders are limits and opportunities.  Borders are binaries, and in the  21st century, binaries are the quintessential act of bordering and of crossing borders.  Borders, then, are increasingly complex human responses and social constructions in a world where the globalizing forces of instant communication, expedited travel and enhanced economic flows, confront the basic human concerns for security and certainty
(Konrad, 2013)
Borders exist all around us. We move between and within borders in our daily lives whether these borders are real and refer to the external borders of a country or social borders, in the form of limits but also opportunities. Membership, belonging, segregation, illegality and protection take place in a world where borders are not only prevalent but continuously reimagined and reconstructed. Being able to move and cross boundaries, but also being able to afford (in the sense of having a choice) to live in particular places have become increasingly critical dimensions in determining one’s life. Mobility and immobility are linked with the ability and option to cross imagined and real boundaries. At best they can result in a living the ‘good life’. But they can also result in exploitation and marginalization.
The course utilizes the notion of borders to discuss both the construction and reimaging of borders in the physical but also socioeconomic sense. Borders in urban spaces operating through logistics and infrastructures, gentrification processes, integration discourses and practices; geopolitical and historical borders, but also bordering through development and humanitarian work as well as borders in and by technological configurations such as algorithms, biometrics, surveillance, big data, drones, social media, etc.
Section1 -The politics of borders
The first section will provide students with the theoretical understanding on borders and bordering processes. What are the physical but also cultural manifestations of bordering?  Walls, fences and the redrawing of lines on the map. What does mobility entail in these border areas? How globalized is it and what does that entail? How is it experienced by people on the move, refugees, immigrants and citizens?
Section 2-Experiencing the border
The section will look at case studies on borders and barriers, at the frontiers of states and within states, in urban spaces.  The case studies will cover the US-Mexico border, the European external border, the Israel-Palestine case and Brexit/Irish border. Regarding the internal barriers and re-bordering, we will look at two processes unfolding in parallel. One relates to the emergence of socio economic and cultural barriers, gentrification processes and the utilization of architecture to determine who accesses what parts of a city. The city of Athens, host to CYA, offers an opportunity to see and experience the re-bordering processes in the urban context. Examples will also be drawn from other cities around the globe, from Athens, to Jerusalem, to London and sanctuary cities in the US. The role of technology will also be explored, and how biometrics will soon form additional bordering practices within States. From biometrics to cellular technology and social media and infrastructure borders emerge by cutting off or enabling access. Who decides and for what purpose?
The course connects the concept of border(s) and human mobility, from immigration to daily movement in urban spaces and examining critically the construction but also deconstruction of borders, the notions of inclusion and exclusion – who has the right to it, within which borders and at what cost?
Teaching is split between lectures and seminars. Lectures are delivered by the professor, presenting the main elements and discussion on the topic and offering preliminary food for thought. Seminars are an opportunity for students to engage with the material directly undertake short assignments, but also bring in guest lecturers to provide additional and different insights.