Global Cities: The Case of the Port of Piraeus

Home > Urbanism & Sustainability (URBS) > Global Cities: The Case of the Port of Piraeus 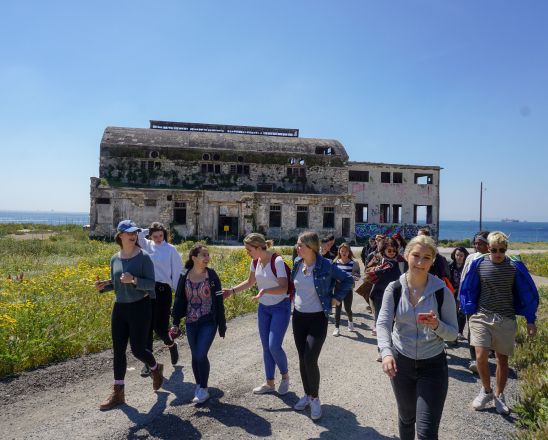 Global Cities: The Case of the Port of Piraeus

In the world of global economy, the sense of place has changed dramatically over the past decades. Traditional forms of inter-state cooperation have given way to new types of development, with new technologies facilitating cross-border collaborations. Apart from the old centers of global economy, strategic territories are emerging in cities that are not considered to be global.

The municipality of Piraeus in Greece is a typical example of such development due to the recent opening up of the Greek economy to foreign investors. Piraeus has been the main port of Greece since the 5th century BC and is today one of the largest ports in the eastern Mediterranean Sea. Recent negotiations have led to the creation of a Chinese key station inside the port of Piraeus, linking maritime and land transport routes. As a consequence of the new types of development, new directions in urban planning are going to rapidly change the identity of the city.

The physiognomy of Piraeus is strongly attached to the socio-political circumstances of the beginning of the 20th century. On the one hand the industrialization and on the other the rehabilitation of refugees after the Asia Minor Catastrophe of 1922, determined the forms of urban development around Piraeus’ historic center. The linkage between the industry and the refugee population is expressed through the geography of the urban refugee settlements; most of them had been constructed around the historic center of the city near to industrial units. Today the regional administrative area of Piraeus includes six post-refugee municipalities: Nikea, Keratsini, Perama, Drapetsona, Korydallos and Ag. Ioannis Rentis. These areas are characterized by socio-spatial inequalities when compared to the central area of Piraeus. Indeed, urban problems in the peripheral municipalities contribute to the contradictory character of the city, as do the recent investments around the port.

On account of all these factors, Piraeus is a suitable case study for analyzing new types of spatial units which play a key role in urban and regional planning. Given that Greece is a member state of the European Union, students will also be able to use Piraeus as a point of reference in understanding the wider global impact that such procedures may have. In addition, they will have the opportunity to work on crucial urban issues affecting the contradictory, ever-changing physiognomy of Piraeus. And to discover what lies beneath this territory of strategic interest through field work. The problems they will address include abandoned brownfield sites, the derelict public housing reserve and intense socio-spatial inequalities.

The ultimate purpose of the course is to help students develop critical thinking on spatial planning issues so they can recommend innovative tools for strategic urban planning in the era of globalization.

Field Trip to the Industrial Area of Drapetsona – read the story on our blog!