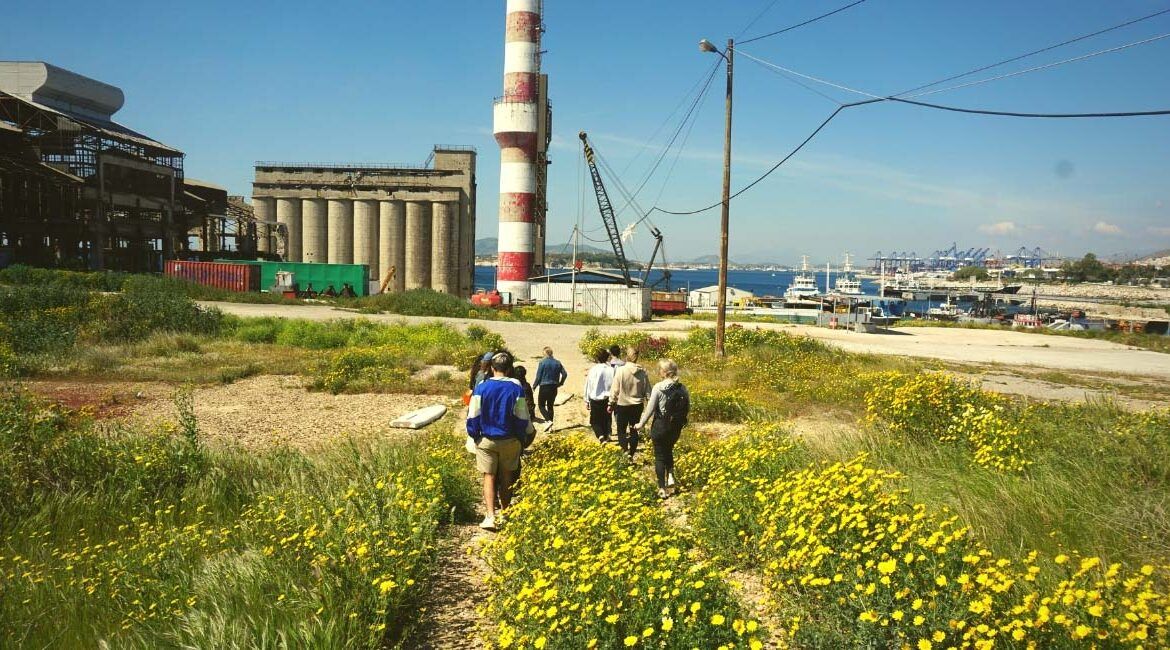 Brownfields: The Case of Greece – Field Trip to the Industrial Area of Drapetsona

Bright yellow daisies growing all around two huge abandoned factory buildings, a dominating red and white chimney, ruined walls covered with colorful graffiti and in the background the blue waters of the Saronic Gulf.

This was the rather unusual scene that CYA class ‘Global Cities – The Case of Piraeus’ encountered upon arriving at the destination of their 5th field trip.

Even today, at the brownfield site of Drapetsona, one can immediately sense that this was once one of the most important industrial areas of Athens. The local industries (most notably the chemicals and fertilizers factory open from 1909 to 1998) determined the history of the local community and shaped the socio-spatial physiognomy of Drapetsona.

The remnants of this industrial zone certainly attest to the historical value of the area – but what about its future?

CYAers were able to explore this question with the help of members of the local community: CYA professor Evgenia Tousi had arranged for a discussion about the forthcoming redevelopment of the brownfield area of Drapetsona during their visit. Students met George Tsiridis, mathematician and independent candidate for the municipality elections, ten high school students together with their teachers as well as Stefania Boneti, Architect-Urban Planner NTUA, and Dimitris Glyptis, Civil Engineer MSc.

Referring to the nature of the discussion that followed, Tousi said, “This is a form of participatory planning, focusing on citizens’ views on urban planning issues. The purpose of the arranged meeting is to reveal different views on the matter, taking into consideration the interests of each stakeholder”.

We did indeed have the opportunity to listen to different points of view: Tsiridis is a supporter of plans for the touristic development of the area, as he thinks this could play a significant role in overcoming the major unemployment problems Drapetsona faces as well as contributing to its overall economic growth.

The high school students, on the other hand, passionately supported the idea of an environmental regeneration plan. They explained to CYA students that they would like to see the area transformed into a park and that they want to see “more green spaces, more trees, and free access to the waterfront”.

Whether it involves economic development, environmental protection or a combination of the two, everyone agreed that the area is in urgent need of a sustainable regeneration plan. 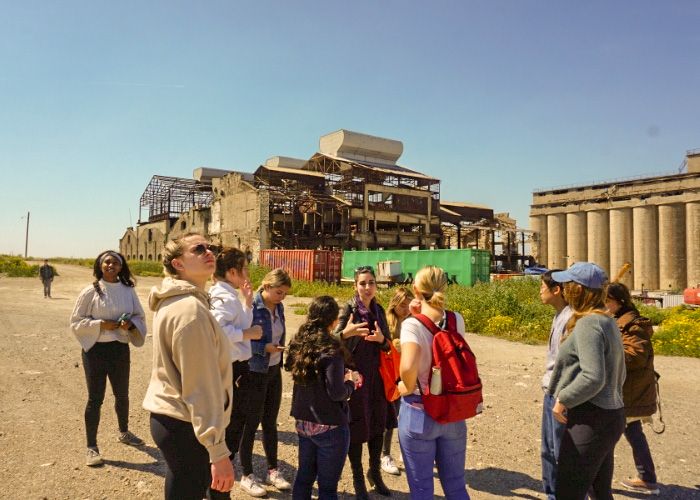 In addition to hearing the views of the local community, CYA students had the opportunity to conduct a visual assessment of the brownfield area, collect photographs, and take notes in their fieldwork diaries. Overall, the trip introduced them to the practice of participatory city planning and presented a variety of bottom-up practices from the perspectives of different groups of citizens.
Perhaps most importantly, innovative ideas and environmentally friendly solutions were discussed, and attention was focused on high school students’ views on the future of Drapetsona. 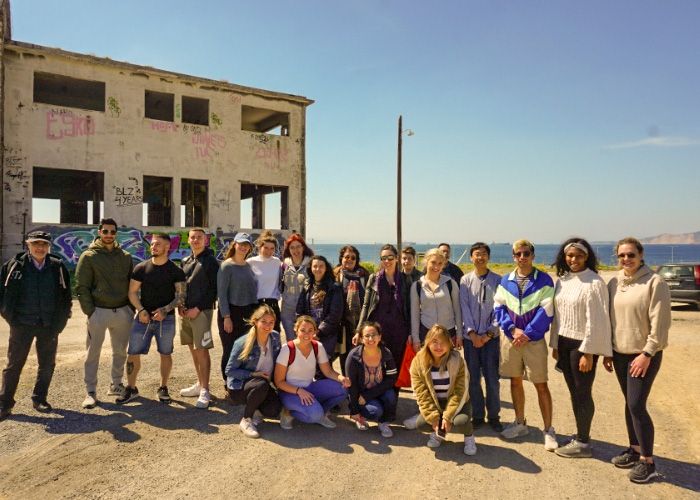