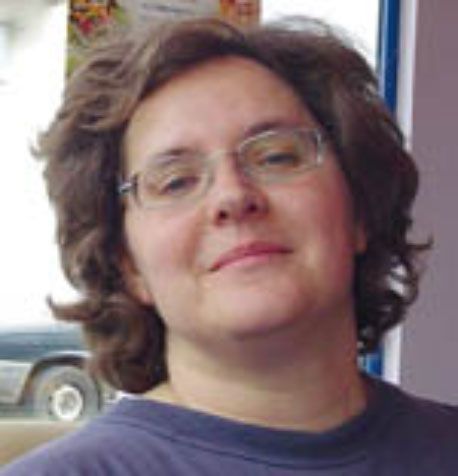 CYA Professor Angelos Papadopoulos attended the American Schools of Oriental Research (ASOR) Annual Meeting in Boston, MA, on November 16 presenting his work on Aegean Iconography of Warfare: Images of Battle and Hunting in the Late Bronze Age: Why Is the Aegean So Different from Its Eastern Neighbors? The conference attracts over 1,000 scholars and enthusiasts of archaeology, linguistics, geography, epigraphy, anthropology, and other fields related to the study of the ancient Near East. Over 1200 papers and posters were presented. Among the attendees were numerous CYA alumni, colleagues, friends and other faculty members.

Following the conference, Prof. Papadopoulos was invited to Mississippi State University (MSU) as a guest scholar.  He gave two lectures on his archaeological work: Studying Warfare in the Aegean during the Late Bronze Age: Myths and Realities and Old excavations under a new light: Mycenaean pottery, British excavations and “objects of no value”.
[huge_it_gallery id=”11″]
During his visit, he also conducted a special Minoan-style mud-brick making workshop introducing participants to the ancient “recipe” and technique of producing strong, ready to use unbaked mud bricks, a material which housed people and their civilizations for millennia.

[su_spoiler title=”Images of Battle and Hunting in the Late Bronze Age: Why Is the Aegean So Different from Its Eastern Neighbors? ” icon=”arrow-circle-1″] Greece During the Late Bronze Age (ca. 1700-1050 B.C.), images of battles, duels, hunting and violent sporting activities seem to constitute a dominant part of the Aegean iconographic repertoire. Contextual analysis through geographical and chronological considerations clearly suggests that these representations were used by the ruling elites as individual and communal insignia of high status, prestige, and prowess. In fact, it is possible to trace the evolution of certain motifs and iconographic themes from the 17th all the way to the 12th c. B.C. Of particular interest is that especially during the 14th and 13th c. B.C., a time of international communications throughout the Eastern Mediterranean, the Aegean iconography of violence seems to be very different when compared with the imagery of the neighboring regions, such as Cyprus, Egypt and the Levant. Despite its pluralism of themes and artistic media of representation, Aegean art seems to ignore depictions of actual bloodshed and massacre, while no victorious army or individual is shown and a central figure is notoriously absent. This paper focuses on the similarities, but mainly on the differences between Aegean and Eastern Mediterranean iconography of warfare and hunting, in order to discuss the special character of the Aegean artistic repertoire, its place within the wider Eastern Mediterranean socio-political context, and it will also explore how violence can be employed to promote the political ideology of a ruling upper class.[/su_spoiler]

[su_spoiler title=”Studying Warfare in the Aegean during the Late Bronze Age: Myths and Realities ” icon=”arrow-circle-1″] Over the past decades, Aegean Bronze Age warfare has attracted the attention of specialists who deal with aspects of fortifications, human trauma, iconography, burial practices, military ethos and symbolism, textual evidence and weapon technology. This presentation discusses data from all the above fields and provides an insight into the special role and significance of violence, warfare, and hunting in the Late Bronze Age Aegean. At the same time, this data is compared to contemporary examples from the Eastern Mediterranean in order to draw useful conclusions regarding the perception and understanding of the Aegean societies regarding war and violence.[/su_spoiler]

[su_spoiler title=”Old excavations under new light: Mycenaean pottery, British excavations and objects of no value ” icon=”arrow-circle-1″] Lecture on the history of archaeological research in the Eastern Mediterranean region through the study of selected case studies, namely the excavations of the British Museum at the end of the 19th century AD in Cyprus. Which were the reasons that made the archaeologists and curators of the British Museum plan and direct a series of excavations on the Island of Aphrodite? Why was Mycenaean pottery considered to be so valuable? What was the fate of the so-called “duplicate” artifacts found in excavations, not only in Cyprus, but also in the wider Eastern Mediterranean world? What about the human remains and excavation diaries (or the lack of)? Finally, the division of the finds between the excavator, the owner and the state as they appear in the British and Cypriot archives of the time will be discussed in this presentation, in order to provide the full picture of the story. Evidently, it takes a new ‘excavation’ to study the information around old excavations and understand how many objects ended up in various places in Europe, causing serious problems to the interpretation and study of the archaeological material.[/su_spoiler]
[su_spoiler title=”Another plinth in the wall: making mud-brick in the ancient world” icon=”arrow-circle-1″] Experimental archaeology apart from messy and -sometimes- fun, can really enlighten archaeologists and researchers about the man-hours, problems, techniques, dangers and solutions related to ancient arts, crafts and technologies. Unbaked mud-brick, modest, yet a product used for centuries (even today occasionally) was used in a variety of ways and literally allowed villages, towns, and empires to be built. This workshop introduces the participants to a selected ancient “recipe” that has produced strong, ready to use bricks from soil, sand, and water (with a spice of thatch). Often neglected, yet mud-brick walls and buildings housed for millennia people and their civilizations.[/su_spoiler]