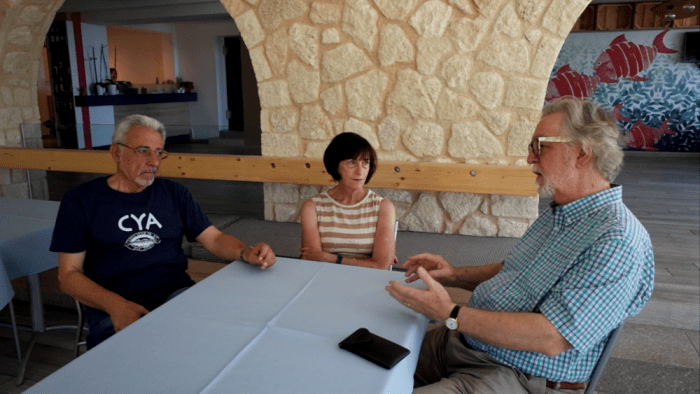 A conversation on Thucydides the Athenian

Following the end of a successful conference dedicated to Thucydides the Athenian, speakers and attendees alike had the opportunity to visit the ancient sanctuary of Brauron, guided by two expert archaeologists: Professor Olga Palagia (Professor Emerita Univ. of Athens) and Dr. Konstantinos Kalogeropoulos (Researcher at the Academy of Athens). The conference participants discussed reliefs and buildings that were constructed during the Peloponnesian war and the history of the cult of Artemis.