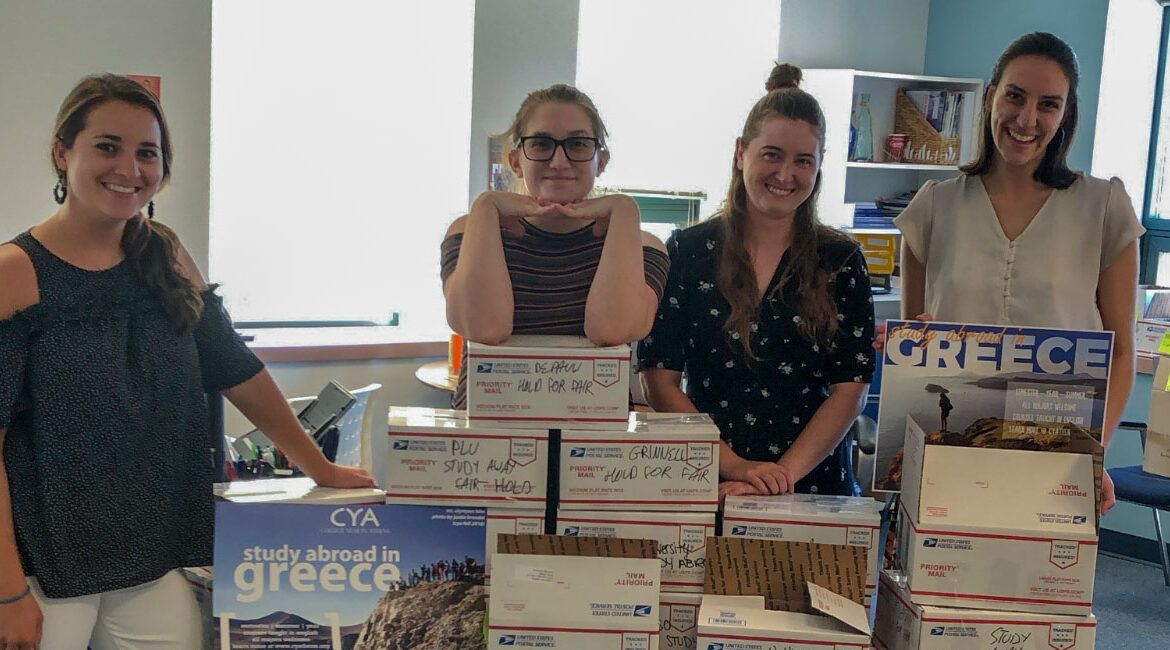 Catch CYA on the road!

Over the next couple of months, CYA will be on the road visiting more than 85 Colleges and Study Abroad Fairs across the U.S. to spread the word about the transformative experience of studying abroad in Greece!

During this fair season, the CYA team has many valuable allies; our passionate alumni who share their personal stories and help us engage with partners and recruit future students.

We are also very happy to welcome three new members to the CYA team, who will be on the road over the next two months proudly representing our school:  Rachael Bittick (Fall ’17), Cara Johnson (Fall ’17), and Emily Parker (Fall ’17): 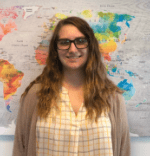 Rachael Bittick is a recent graduate from the University of Michigan where she studied Sociocultural Anthropology and Arts & Ideas in the Humanities. She studied at CYA during the fall of 2017 and took two anthropology courses, an Aegean archaeology course, and a comparative religions course during her time in Athens. Her love of the liberal arts and her desire to explore new horizons are what brought her to Greece. While there, some of her favorite experiences were exploring the city through on-site class sessions, visiting local cafes, and working with Professor Placas on a semester-long ethnographic study about visualizing the debt crisis in the Athenian cityscape. Rachael will be pursuing postgraduate education in student affairs and higher education. 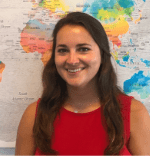 Cara Johnson is a recent graduate of Gettysburg College in Pennsylvania where she studied Environmental Studies and Sociology. During the Fall semester of 2017 she studied in Athens through CYA. She was overwhelmed by how much she loved Greece, from the food to the ancient architecture, and her experiences there led her to return recently for more travel. Her favorite memories from CYA include getting to know the different neighborhoods of Athens from the Urban Design course and exploring various other parts of Greece through the field trips the staff planned. Cara is looking forward to sharing her love for Greek culture with future students planning on studying abroad! 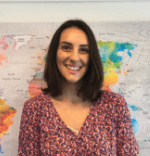 Emily Parker graduated from Macalester College where she studied Classics and Linguistics. Emily pursued a classical language track, and her focus on Ancient Greek language and material studies is what lead her to study abroad with CYA in the fall of 2017. Her favorite aspect of studying abroad was discovering new areas of classical and prehistoric Mediterranean studies, particularly learning about Bronze Age civilizations and their Near Eastern trade partners. She hopes to combine these interests with her love for the outdoors by pursuing a Master’s in prehistoric Aegean archaeology. CYA helped Emily expand her academic horizons, forge new global connections, and unlock her adventurous spirit.