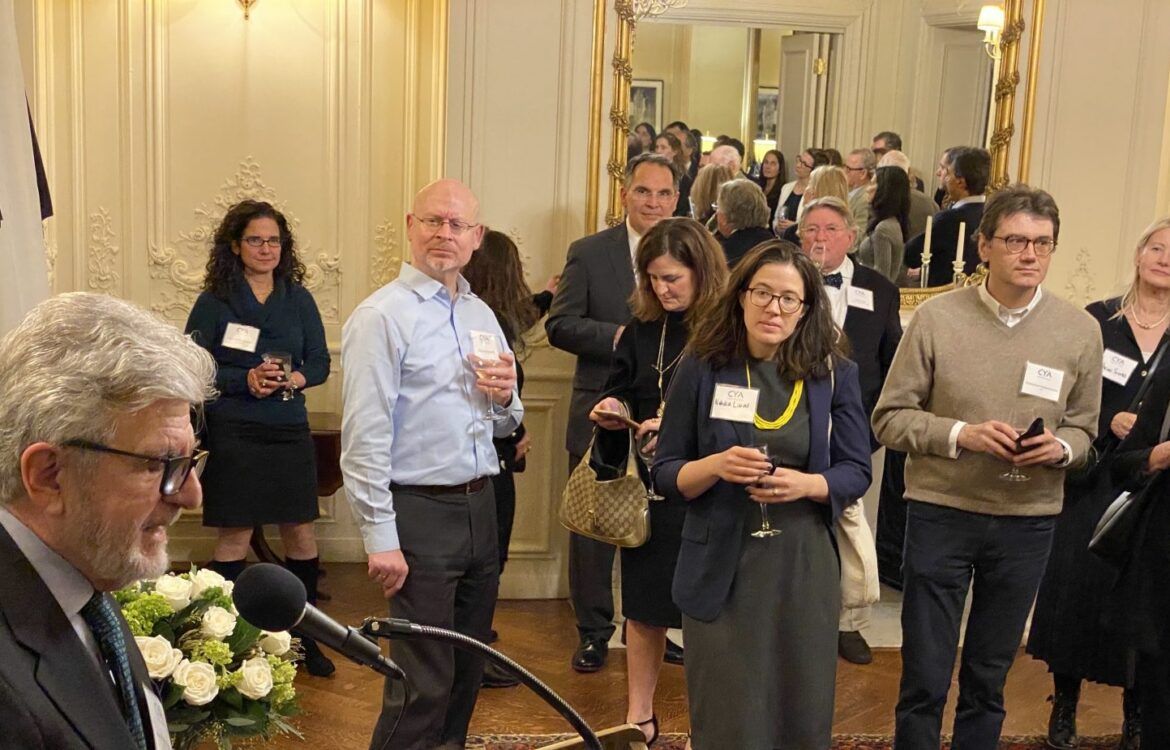 Last week, College Year in Athens (CYA) had the honor of being welcomed to the Consulate General of Greece in Boston by Consul General Stratos Efthymiou. Consul Efthymiou noted CYA’s important history of inspiring students and philhellenes to come to Greece for academic purposes, enriching the country’s academic and cultural landscape.

Throughout its nearly 60 years of operation, CYA has inspired curiosity in generations of undergraduates, just as CYA’s founder, Ismene Phylactopoulou, first envisioned when she began the ground-breaking program. As the first study abroad program founded in Greece for English-speaking undergraduates, CYA has become an institution in the educational community both in the United States and in Greece. Alexis Phylactopoulos, President of CYA, and Daphne Hatsopoulos, Secretary of the Board of Trustees and wife of the late George N. Hatsopoulos, a historic benefactor of CYA, spoke at the reception.

Thank you to the Consulate General of Greece in Boston and to Stratos Efthymiou, the Consul General, for hosting College Year in Athens!