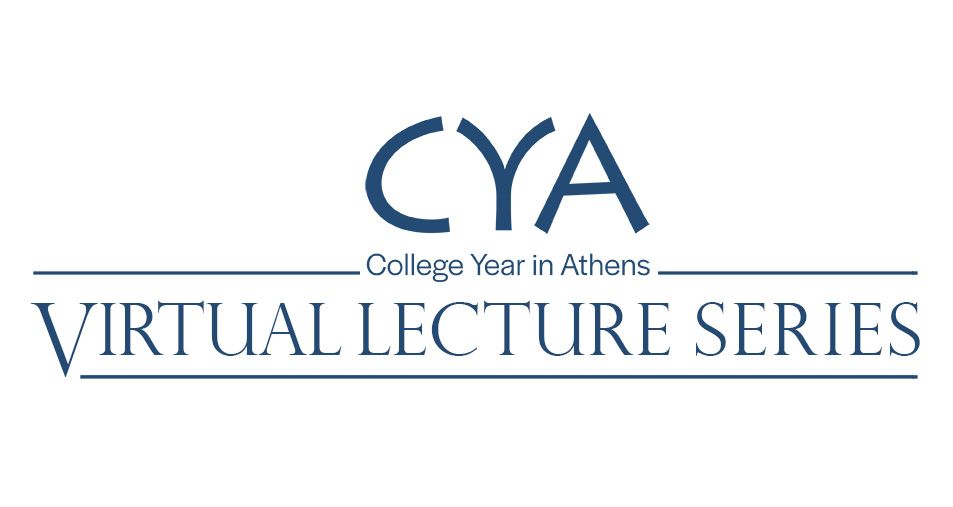 The distinguished speakers were Professor at CYA and Professor Emerita of Classics & Mediterranean Studies at the University of Illinois, Prof. Nanno Marinatos, and CYA Trustee Emeritus and Professor of Political History Emeritus at the University of Athens, Prof. Thanos Veremis. Our speakers discussed the handling of contagious illnesses in Athens from the era of Pericles in 439 BC to Greece’s War of Independence and Capodistrias’s leadership.  CYA Professor of Sociology, Rosa Vasilaki, was the moderator of the event, handling questions from viewers, guiding the discussion, and encouraging a fascinating exchange of ideas between the two speakers. CYA President Alexis Phylactopoulos introduced the speakers, establishing the event as an engaging dialogue and exchange of information.

The flyer for the virtual event

Professor Marinatos examined how Pericles and the Athenian state handled the Plague of Athens in 439 BC through the observations of contemporaries, such as Thucydides and Sophocles.  Attempts were made to isolate the sick from the general population, and in the end herd immunity was reached, but only after many had died.

Moving to Greece in the nineteenth century, the time of the Greek War for Independence, Professor Veremis discussed the various diseases and plagues that commonly appeared during the period. He illuminated how leaders such as Capodistrias attempted to control the spread of illness, by isolating ships for extended periods before allowing sailors to disembark.

As Professor Marinatos stated in her lecture on ancient Athens, leaders faced plagues by isolating the sick, maintaining a distance between citizens, and following medical professionals’ advice. The measures taken then resemble current strategies in combating the COVID-19 crisis, reminding us all that there is much to learn from history.

We look forward to seeing you at CYA’s next Virtual Lecture, on June 24th, 2020!