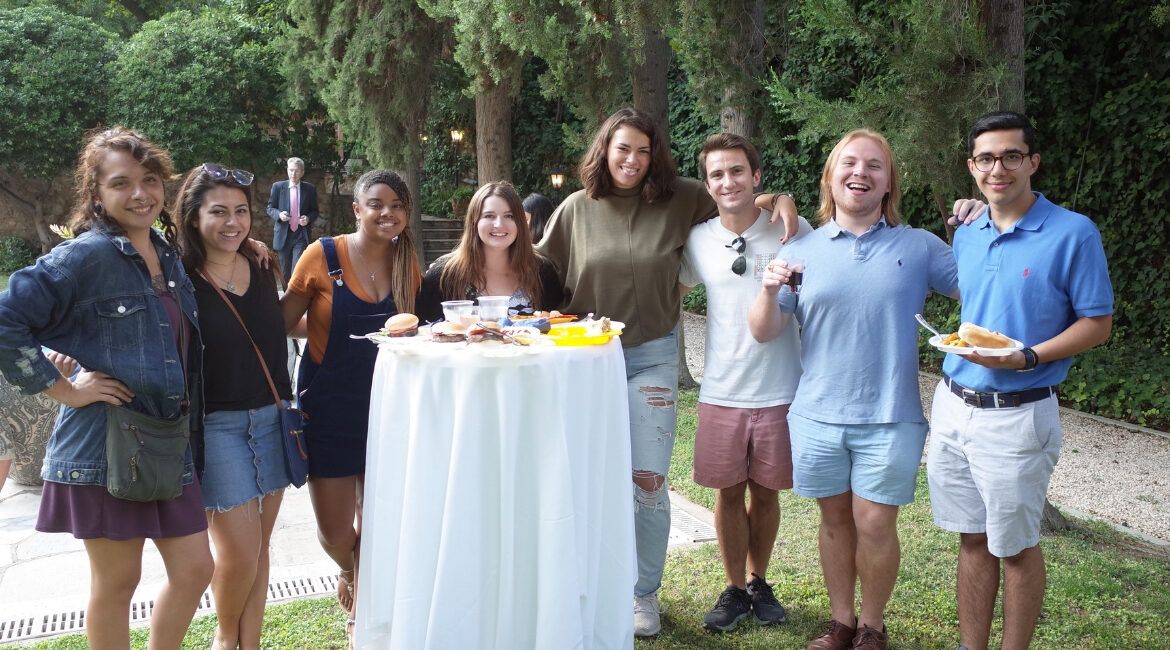 One hundred and forty students from 55 U.S. universities, CYA faculty and staff spent an afternoon at the Ambassador’s residence, enjoying the company and cordiality of the Embassy staff, the warm weather, and an American-style poolside barbeque.

During his welcome speech, Ambassador Pyatt emphasized the long-standing close relationship between the two countries. He asked the students if they were interested in pursuing a career within the Foreign Service and referred to the various posts his own career has taken him so far, from Asia, to Europe and Latin America.

Ambassador Pyatt spoke about his appreciation for Greece, the country’s rich culture, beautiful people, and important past. “There is no other place in the world where you can touch history the way you can in Greece”, he said.

He referred to the excellent work done by CYA and urged students to live this experience to the fullest, and to act as good ambassadors for the United States.

CYA President Alexis Phylactopoulos, thanked the Ambassador and his wife for their warm hospitality: “Your gesture today to invite the students of CYA underlines the importance you assign to the educational factor as part of the relationship between the US and Greece.” He recognized the excellent work done by Ambassador Pyatt and his tireless efforts in improving relations between the US and Greece that are today far warmer and closer than they have been since WWII. “College Year in Athens – now in its 56th year – has been doing its part, too, by acting as an educational and cultural bridge between the two countries.” 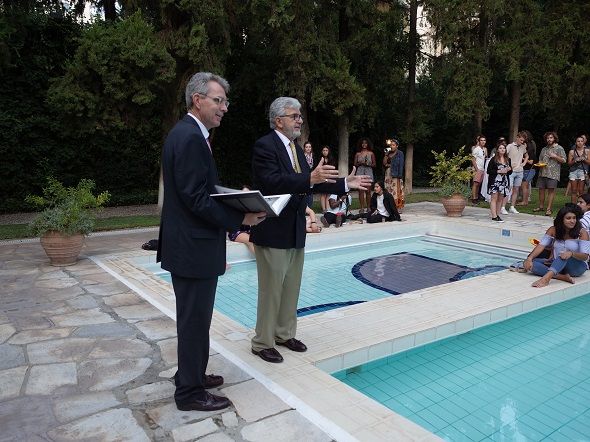 At the end of his remarks, Mr. Phylactopoulos presented the Ambassador with a gift: an art book with photographs of Greek monuments taken by Robert McCabe in the 1950’s. 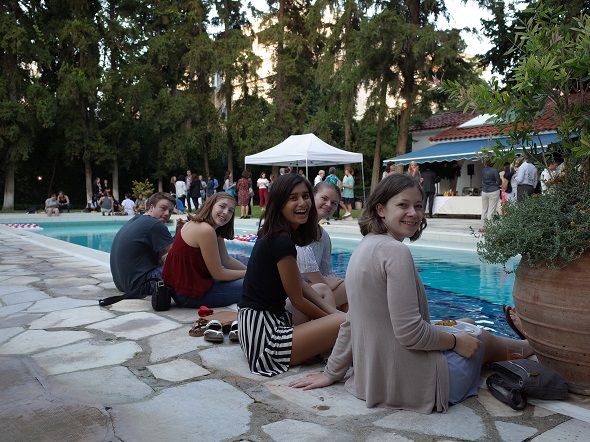 Students had great fun and everyone agreed they will remember the time they jumped into the pool of the American Ambassador’s residence in Athens! 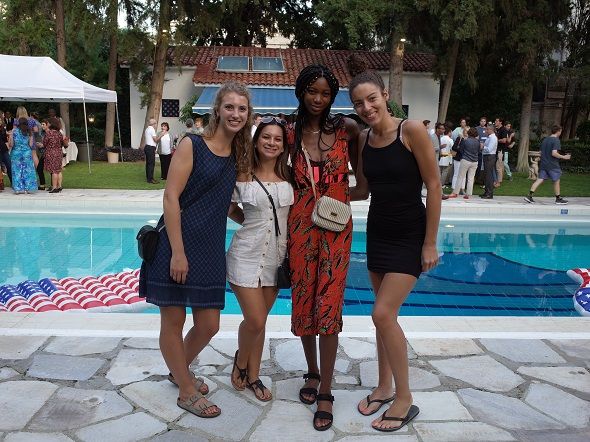 Take a look at this Flickr album for all the snapshots from the party!