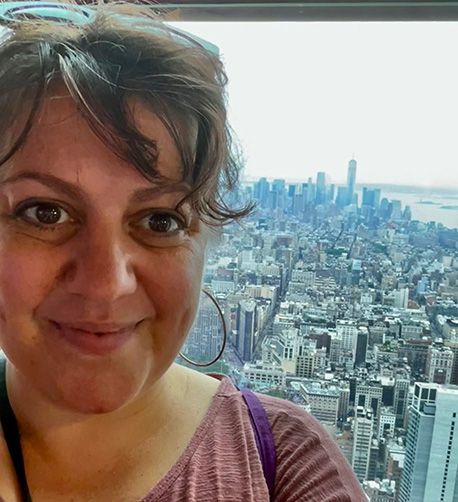 Dr. Theodoni did her undergraduate and graduate studies in physics at the National and Kapodistrian University of Athens, Department of Physics, in Athens, Greece. She holds a Ph.D. in theoretical and computational neuroscience from Pompeu Fabra University in Barcelona, Spain. She has worked as a postdoctoral researcher in theoretical and computational neuroscience at the Center for Mathematical Research in Spain, at NYU Shanghai, in China, and at the NYU Center for Neural Science in the USA. Since September 2021 she is a visiting scholar at the NYU Department of Philosophy, Center for Mind, Brain and Consciousness, where she has been studying philosophy to integrate it into her research.

In physics, her research was on photonic crystals, both experimentally and theoretically. In neuroscience, she has worked on developing and studying biophysically realistic computational neural network models of perceptual decision-making, social decision-making, learning, episodic memory, and conscious perception, based on experimental evidence and collaborating with experimentalists across the world. In addition, she has investigated the anatomical cortical interareal connectivity of non-human primates and compared it across species. Currently, her research is focused mainly on the structure-to-function relation of working memory, and consciousness, as well as on the philosophy of science.

Currently, she is teaching the undergraduate course “Consciousness” (history, philosophy, and science of consciousness) at CYA and the graduate course “Computational Neuroscience” at the master’s degree program “Cognitive Systems” of the Open University of Cyprus. Dr. Theodoni is interested in open-access academia, equity, diversity, and mentally healthy academic environments. Towards this goal, she has participated in many endeavors in collaboration with her peers and she has founded “Neurotheoria” – a science page in Greek – as well as “Science as a hobby” – a project about bridging the Society-Academia Gap.