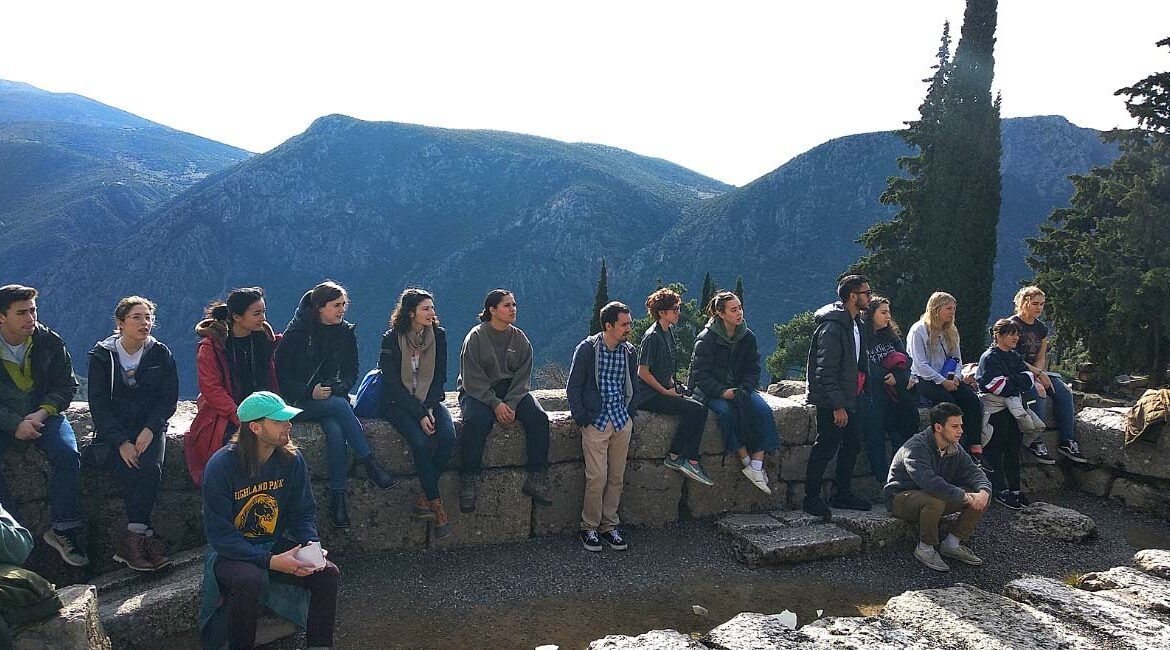 A Great Start to the New Semester! Highlights of Spring ’19 Orientation Week

The Spring ’19 semester at CYA kicked off with a flurry of informative, practical, and fun activities. 134 students from more than 60 universities across the U.S. participated in a week-long orientation program specially designed to welcome them to both CYA and Greece.
From survival modern Greek lessons and academic and acculturation support activities, to taverna dinners and a trip to the legendary ancient site of Delphi, the first week at CYA was bound to leave lasting memories to all incoming CYAers.

Below are just a few of the highlights of the week’s events:

On a sunny winter day, small groups of students, led by CYA staff, walked around their new neighborhood to discover everything from banks and supermarkets to gyms, bus stops and grocery stores in an attempt to feel more confident in their new surroundings. 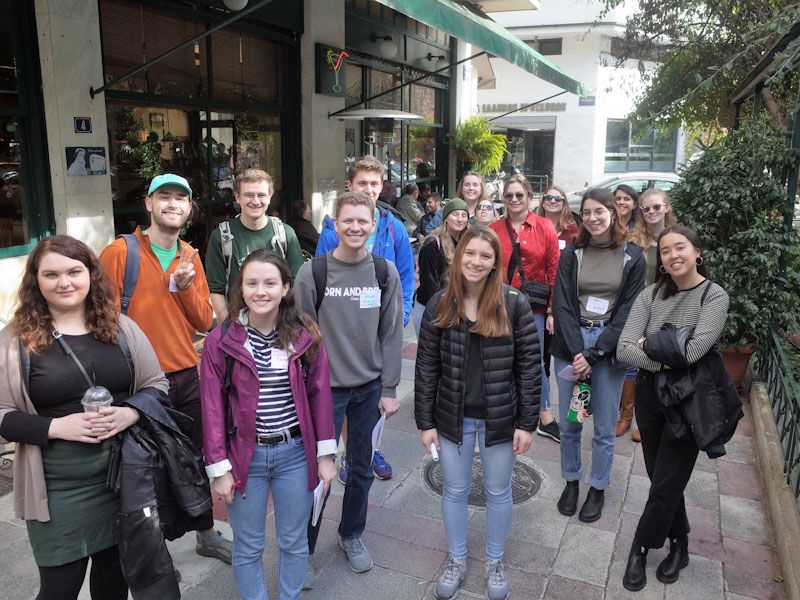 On their first week in Athens, CYAers had the rare opportunity to meet the U.S. Ambassador to Greece, Geoffrey Pyatt. Ambassador Pyatt visited the CYA Academic Center to welcome the new students, and speak about U.S.-Greece relations as well as regional affairs. The CYA group had many questions to ask. The evening ended with U.S. Embassy officers who spoke to the CYAers about safety issues and the services available to U.S. citizens living in Greece. The vassilopita is one of the Greek traditions of New Year’s Day. Every Greek family cuts the vassilopita, a bread-like cake with a hidden coin, and each member and guest gets a piece. The coin brings good luck to the person who finds it.
At CYA, a vassilopita was cut during the academic trip to Delphi. Students, faculty and staff gathered in the dining room of the hotel, where CYA President Alexis Phylactopoulos spoke about this tradition. 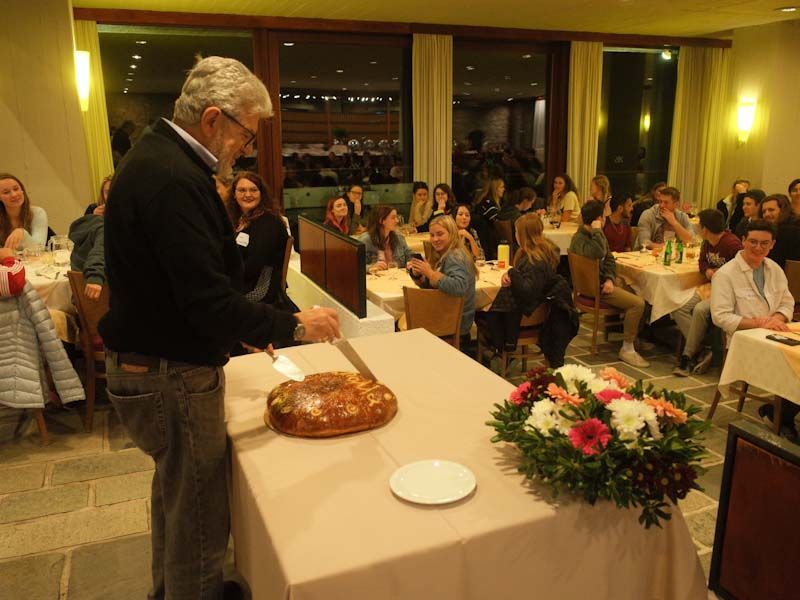 Mr. Phyl cutting the CYA vassilopita – the lucky coin was found in one of the pieces cut for the students!

After dinner, everyone enjoyed a traditional Greek dance performance by two local dancers. Students were thrilled to learn different dances, like syrtaki, hasapiko, tsamiko, and kalamatianos from various Greek regions. The real fun began when students got up and followed the dancers. 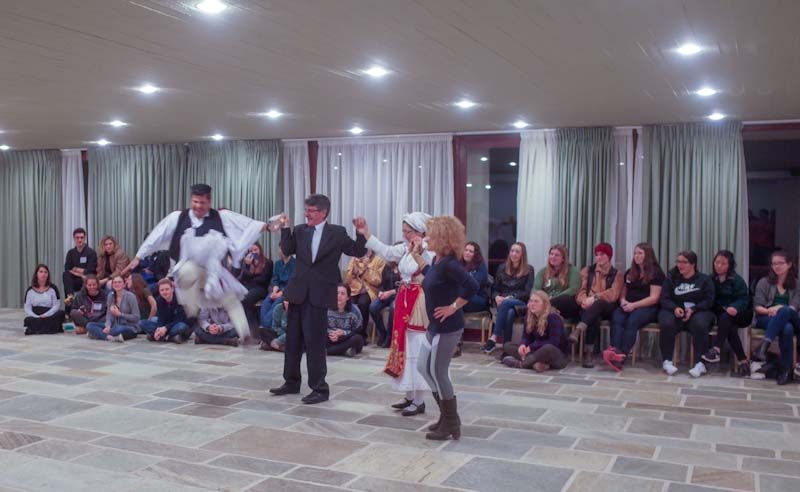 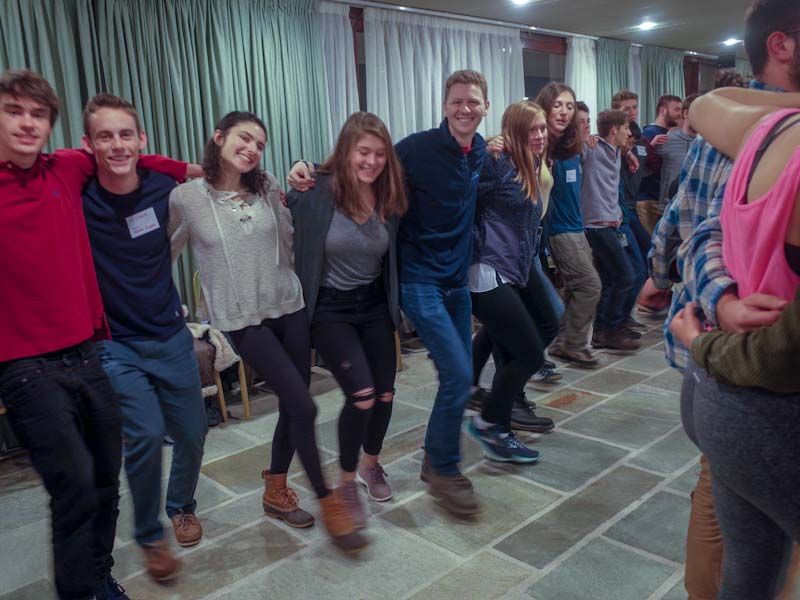 On their first weekend in Greece, new CYAers visited the ‘naval of the earth’ – Ancient Delphi! Divided into groups and accompanied by CYA professors Steven Diamant, John Karavas, Demetrios Kritsotakis, Hüseyin Çınar Öztürk, Angelos Papadopoulos and Robert K. Pitt, they visited the archaeological museum and the sanctuary of Appolo.
CYA experts introduced them to the archaic Kouroi Kleobis and Biton, the Sphinx of Naxos, and Heniochos, the Charioteer of Delphi. Study travel is an essential part of the CYA program, and the trip to Delphi offered students a taste of what is yet to come as the semester unfolds. 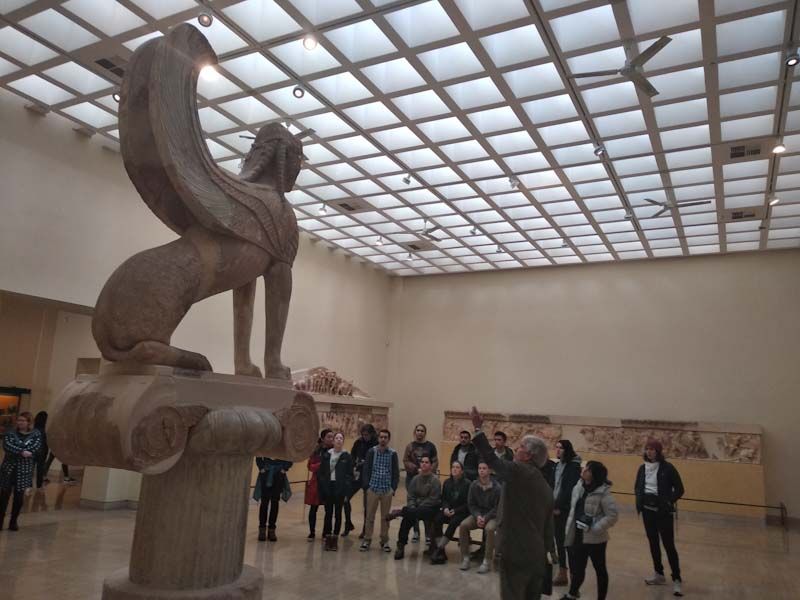 CYA professor Diamant and students at the Delphi archaeological museum 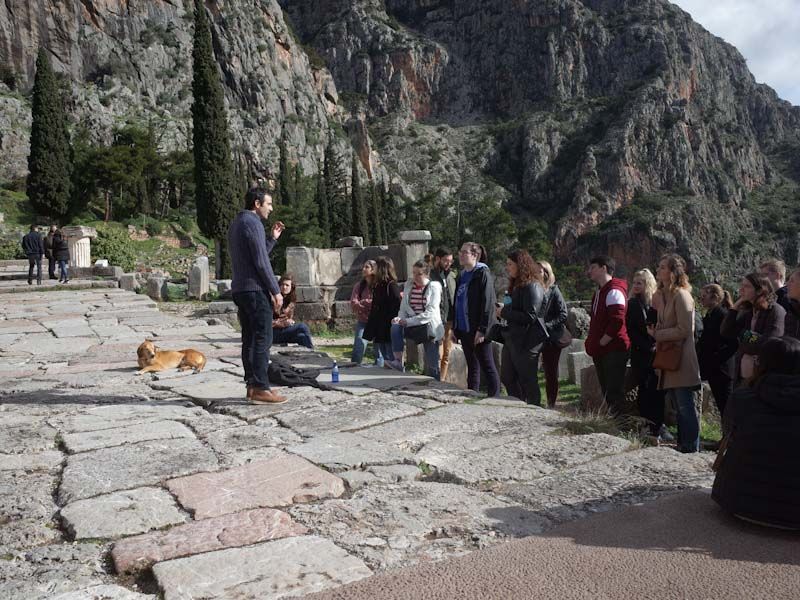