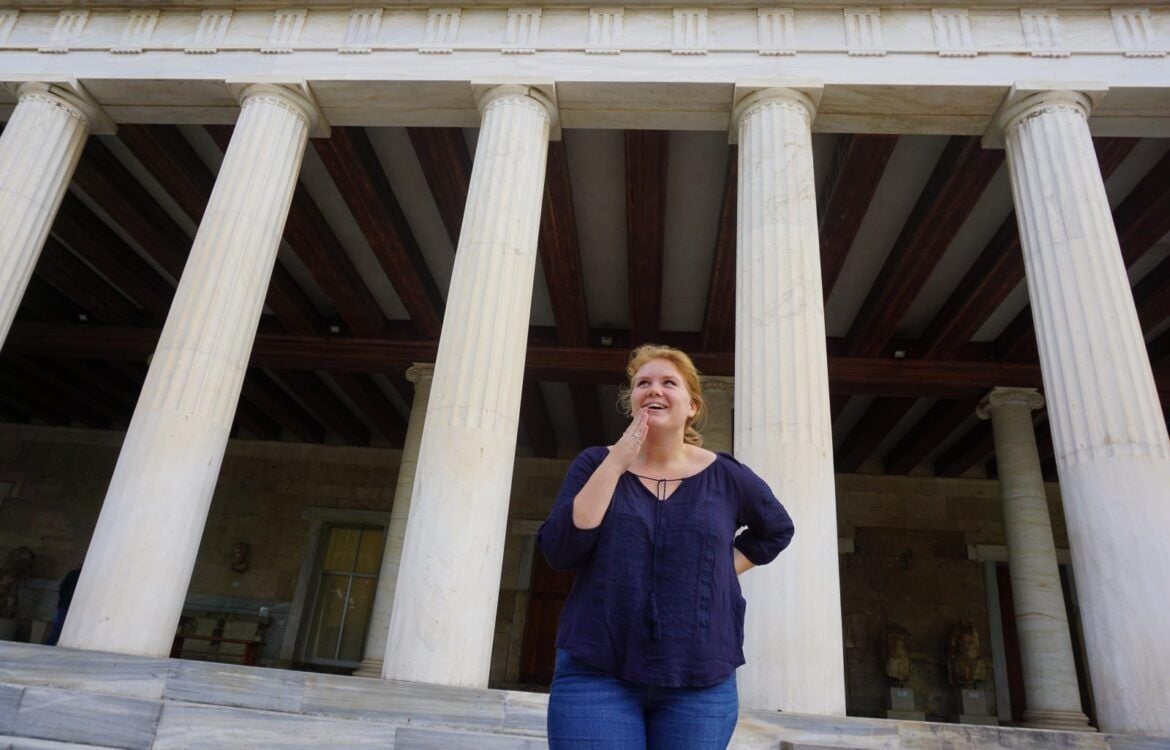 Allie and the Agora

“I really like history and Ancient Greece, and thought that Archaeology sounded cool. When I took a class at the College of Charleston called the Archaeology of Athens, I was hooked and decided that this was what I wanted to do.”

Allie Davis, a full year CYA student, and a junior archaeology and classics major from the College of Charleston, has long known that she wanted to be an archaeologist. After spending a summer working at Pylos (where CYA professor, Huseyin Ozturk also works!) and volunteering at the Ancient Agora this past semester, her desire to continue in the field has only strengthened. Her decision to study abroad in Greece largely stemmed from her academic aspiration—it’s the location of so many archaeological sites and thus, her major is very much applicable to the region. One of those sites was the Ancient Agora, something she had learned about since the beginning of her academic career. When she got to CYA, she asked Nadia Meliniotis, the Executive Director of Student affairs, what kind of opportunities were available for people like her. So, after getting into contact with Sylvie Dumont with the help of Nadia, Allie has had the opportunity to have first-hand experience with one of the most important archaeological sites in Athens. Twice a week she gets to check the artifact cards, which contain valuable information such as the artifact context the description, and bibliography and pulls these artifact cards for academics who come to the Agora to do studies. She also cleans and organizes drawers of artifacts and makes sure everything is there. Her favorite part, she states, is gluing the excavation photos to the excavation notebooks from the previous excavation season. While she states that it can at times be stressful in making sure that she’s doing everything correctly (she admits that every scenario in which she does something wrong has popped into her head) and the work can be a little tedious at times, she has no doubt that it’s worth it. Not only does she learn about archival work and why they do things the way they do it first-hand, but she is also learning that this is the work that she likes to do and would like to pursue in the future. Of course, actually being at the Agora has its perks, and she is also able to meet a lot of people in the field and gain professional connections. Although Allie had definitely hoped to be here in some way, she was unsure how. She states that “I had always hoped that I could do something like this. CYA has made that possible” through putting her in contact with those in charge of the Agora excavations. She reveals that “I had no idea how much I would get out of the program until I got here and applied myself.” The experience and knowledge she has gained whilst volunteering here this semester has been invaluable.