The Athenian culture promotes a feeling of connectivity between people. No one exists in his or her own separate world, but as all together all the time

By travelling to a new city and moving to a town with new people, I stepped into the city of Athens expecting a monstrous amount of “culture shock”. The funny thing about “shock” however, is that we are always shocked by what we do not expect. I expected to find differences in food, in language and in principles. What I failed to expect was such a vast difference in not only the way Grecian people treat each other, but also in the way they think of each other – how they just exist together.

Existing as a Grecian vs. an American

The Athenian culture promotes a feeling of connectivity between people. No one exists in his or her own separate world, but as all together all the time. It’s a kind of atmosphere that possesses a pervasive quality in almost every aspect of daily life. Take, for instance, the streets. In the US, we drive our cars with our windows rolled up and music blasting; we walk down streets with our headphones in, tuning out the world. Here, the streets are literally too small to isolate ourselves in such a way. People run into people all the time because we walk everywhere (versus drive) and have conversations with others while doing so. The streets are narrow, so we basically have no choice; and houses/apartments sit right on the edge of their small sidewalks. In America, we fence off our properties, saying, ‘this side is mine’ and, ‘that side is yours’; here, Athenians seem to say, ‘this area is all ours’. Don’t get me wrong — I think little white picket fences from home are adorable, but I also like the fluidity that comes without all of the closure.

The physical connectedness accurately reflects the way in which locals interact as well. Although I am new to the city, University, and language, strangers greet me with kindness and excitement each time I attempt to speak Greek in the local cafés. Shop owners want to know where the students are from, what we study and why we chose Athens. Even friends of friends, who I’ve yet to meet, are eager to show their favorite aspects of Athens and will help turn me from a tourist to a local. They have no problem helping because after all, “Spyros’ friends are my friends.” The sincerity at which Athenians create new friendships is reminiscent of the ancient Greek custom of xenia, or guest-friendship, which clearly still comes through today. 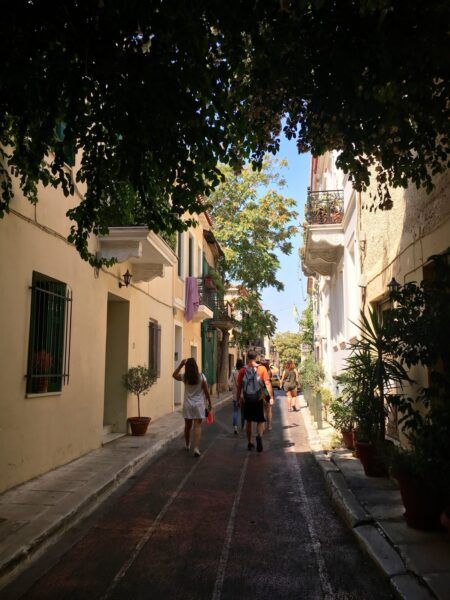 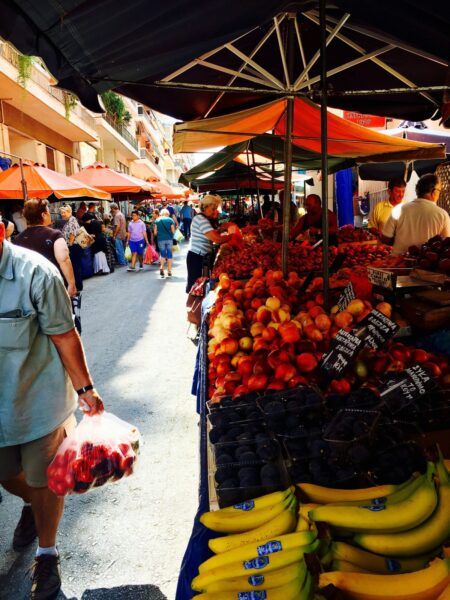 Where I expected to be the epitome of an outsider, I found delight at new connections. Contrasting American culture, where we strive to get ahead, the Greeks are more focused on what’s beside. In America, we seem to be hyper-aware of who is in front of or behind us, where as Greeks seem to be more concerned about who they’re next to and how we can all move forward together. Although I come from a culture of comparative isolation, I think I’m going to like this culture of connection.

We’d love to hear from you.
Simply email us at [email protected]s.org