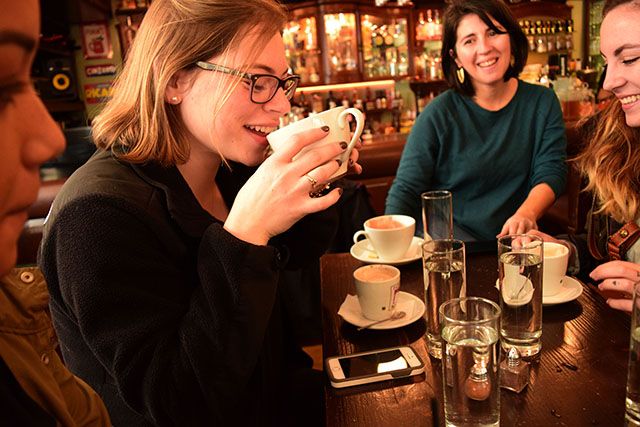 Despite economic crisis, Greeks are willing to give

I think we can all pretty much recognize a Greek tragedy when we see one. The classic three-part play detailing the rise and eventual downfall of the hero. And with that the perilous effects and disastrous consequences that follow.

Greeks have lost 25% of their income and unemployment is a staggering 25% as well. In 2015, with a government shift, the country found itself in a period of austerity with closed banks and daily cash withdrawal limits. The European Union agreed to loan Greece €87 billion with the condition of a 3-5% GDP surplus.

[Side note: a surplus is when the incoming amount exceeds the outgoing amount. So for a 3-5% GDP surplus, Greece would have to enforce even more austerity and get more money than it’s giving out. For those who economics is not their strong point (like me), this surplus is extremely difficult to achieve. In fact, it was considered so impossible, the Bank of Greece suggested a 1.5–2% GDP surplus].

Despite this entirely too dubious goal, Greece agreed to the conditions and here we are in a state of austerity.

Now, I knew the basics of the Greek economic crisis before arriving here. I knew politically charged graffiti covered the Athenian streets (I just wish I could read it), and I knew it would be pretty cheap for me to live here.

But I didn’t know what the people were like. I didn’t know how incredibly friendly, welcoming, and willing to give they were. Take my second night here, for example. (I have learned just the basics of Greek, keep in mind). I walked into a tiny convenient store with my friend and to my surprise, our muddled attempt at speaking Greek delighted the store owner.

He smiled and taught us a few words we didn’t know. And at the end of our little conversation, he gave us a free bag of snacks. This happened the next night as well.

If that wasn’t enough last night, my friend Sarah and I, ventured to a cafe and began conversing with the locals there (which they love by the way). Sure enough, we we’re offered free cookies.

And now here I sit writing this entry and 30 seconds ago the gentleman behind the café counter comes over to my table, hands me a free pastry with a big smile on his face, and asks for my name. (It’s Dimitris, in case you were wondering).

When my time in Greece has come to end, maybe this is what I’ll remember the most—despite these tragic economic times, Greeks are willing to give more than ever. Perhaps, because they know what it’s like to need. 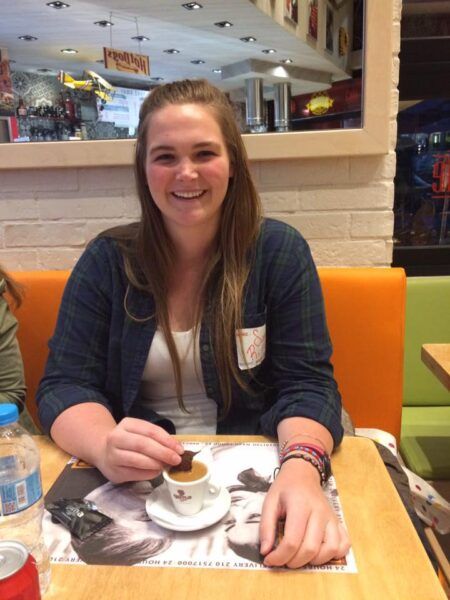 My friend Sarah enjoying the treats 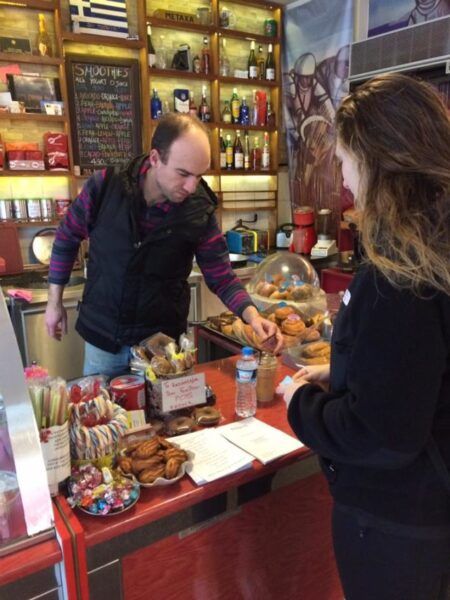