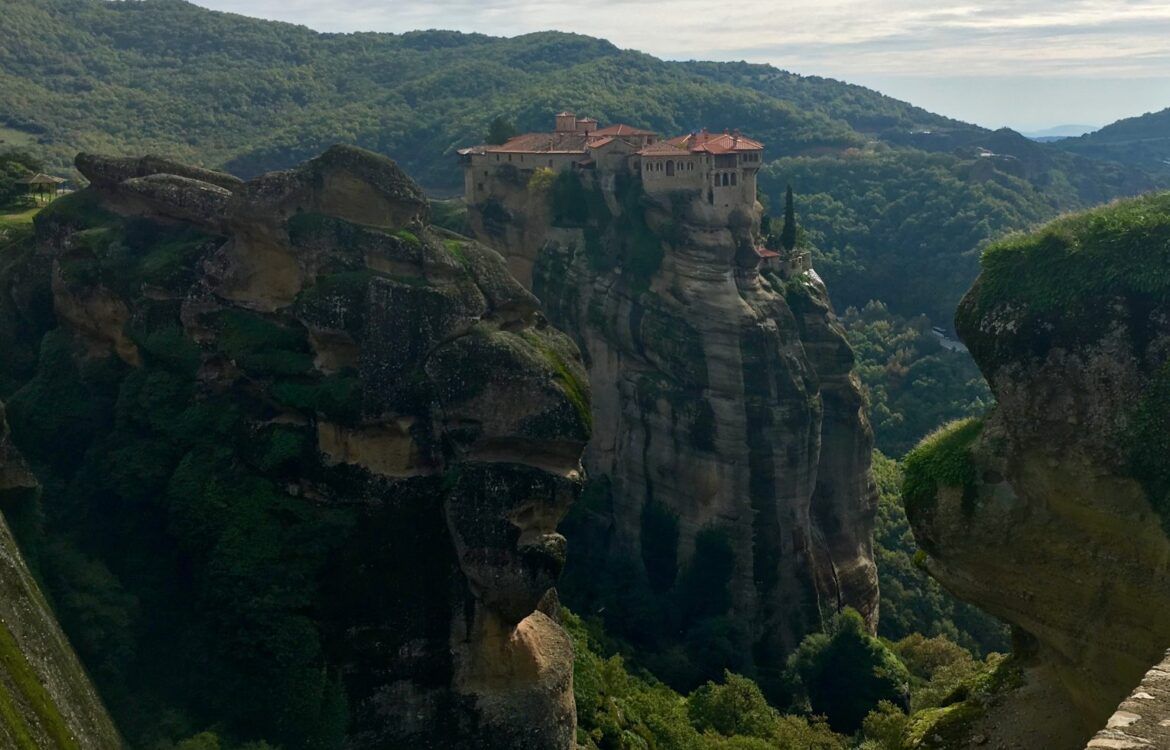 Greece is complex, diverse, and has so much to offer

Before arriving in Greece, I had definite preconceived notions of what the terrain would look like. Those picturesque deep blue waters, some cliffs (it is rocky, after all), but mostly beaches. I had no idea what variety of landscape existed here until I found myself crossing the country with my classes. So here’s an appreciation post for all the beautiful landscape Greece has to offer. First and foremost, Greece has stunning beaches and views of the water, all over. Greece has a reported 13,676km of coastlines and is ranked #13 in the world as having the most coastlines, by country. Any random Saturday, or any other day of the week, for that matter, is a splendid time to hop on the metro or take an Uber down to the water. From sand beaches, to ports, to rocky waterlines and even dinner with a view of the horizon, mainland Greece is nothing short of coastal feels. Sun and sea in Crete

The Grecian islands offer a bit more of an exotic/vacation-type atmosphere. They’re nothing more than a few-hour ferry ride away and are exactly what they look like in media. Gorgeous views almost everywhere you turn, insanely busy in the tourist season, and relaxed (and cheaper!) in the off-season. From Mount Olympus to Metsovo, Greece is home to a plethora of mountain terrain. While Athens’s city streets do slope up and down on the regular, that walk to the Supermarket is nothing compared to the heights we could be climbing. The hike on Mount Olympus stands as one of my favorite experiences this semester, but even that type of mountain varies significantly from the mountain towns we visited in northern Greece. Nestled in northern Greece is a string of towns called Metsovo, Ioannina and Meteora. Meteora is best known for its cliff-side monasteries: truly awe-inspiring works of architecture and Greek Orthodoxy. On the other hand, Metsovo and Ioannina are cozy towns, nestled into massive rock forms, and best known for their delicious meats and cheeses. Something about chilly mountain air and somewhat foreboding surroundings that remind me of how small I am, and how much of the world is left to explore. Nafplio – out and about

Athens is the most populated city in Greece, and Thessaloniki follows second behind. People live in close proximity to one another, and city centers are crowded from as early as 10am to the wee hours of 4am (I may or may not know this first hand). The commotion is both interesting to watch and key in learning about the culture. People are always moving, and while “Greek time” has a bit of an agenda of its own, life doesn’t ever stop. That’s a concept people understand very well here, and it’s fascinating to see in action. On the flip side, our school has visited a number of small towns, such as Nafplio (in the picture below), the original Greek capital, with a singular town square, delicious gelato shops and quiet side streets around every turn.

Maybe it’s because I’m a classicist, but I think one of the most captivating things is the juxtaposition between antiquity and modernity. Ancient ruins permeate the vast majority of Greece, and are often situated directly next to modern buildings and businesses. Metro lines have ancient aqueducts and artifacts on display; the new Akropolis Museum has glass floors to allow visitors to see the original architecture below. While some ancient sites (ex: Cape Sounion) are a bit removed from everything, so much of the history is maintained in the city, in the heart of modern life; it’s a pretty rad sight to see. Greece is complex, diverse, and has so much to offer. Its diversity in terrain reflects the multitude of historical, cultural and social impacts that have molded Greece into the country it is today.