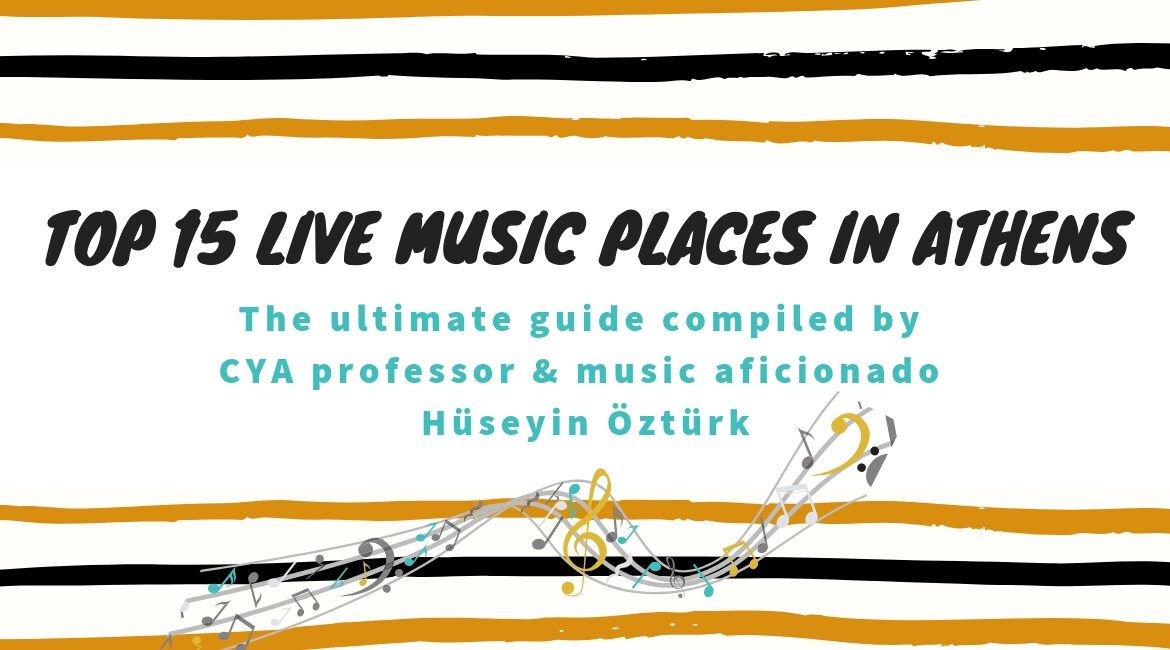 In this guest post, professor Öztürk guides us through the live music venues in Athens. From hard-rock to traditional rebetiko and everything else in between, the Athens music scene has something for everyone:

The following information is for those of you who are inclined to occasionally listen to live music. I also hope that this information will show you that there is more to Athens than Pangrati tavernas and Gazi clubs…
Although some of my favorite places closed in recent years, Athens is still not a bad place when it comes to live music of all genres. In addition to a rather lively local music scene, several international big names regularly stop by Athens during their European tours.
Unfortunately you will miss the big summer festivals, but still, you’ll be able to catch a lot:

Gagarin 205 A little bit of everything, really, from hard rock to fusion and DJs.

Kyttaro Live Punk, Hard Rock, Metal. Then again, occasional singer-songwriter surprises you. Do not wash your hair for a week before going here.

Jazz Point attracts some of the best of local jazz musicians and occasional international names as well. Small and cozy. Maybe a little too cozy.

Afrikana Athens Everything said about Jazz Point above apply to Africana as well. If you’re a sax person, try to catch a Yiannis Kassetas show here, he is one of the best saxophone players in Europe.

Six Dogs consists of several units, a very large garden café, several bars, one art gallery, and a live music venue. It is very close to Monastiraki Square. They have regular concerts, local and international indie bands mostly, but rebetiko, EDM, DJs, those seemingly sophisticated electronica dudes with their lugubrious looks will show up from time to time. This is also the place where you would hear annoying things like “that’s so meta” from youngsters with emphasized Adam’s apples.

Half Note is by far the best Jazz / World Music place in town, 5 minutes from CYA too.

Ilion Plus Like Gagarin, very diverse: singer-songwriter, indie rock, local greek music, rebetiko. The important thing about Ilion is that the best rebetiko guitarist alive, Mystakidis, plays at this place when he comes to Athens from Thessaloniki.

Taverna Efimeron has passable food, nice decor, and live rebetiko every night of the week.

1002 Nyxtes GR A nice music hall/bar – with food too. Everything from large world music orchestras to rebetiko quartets.