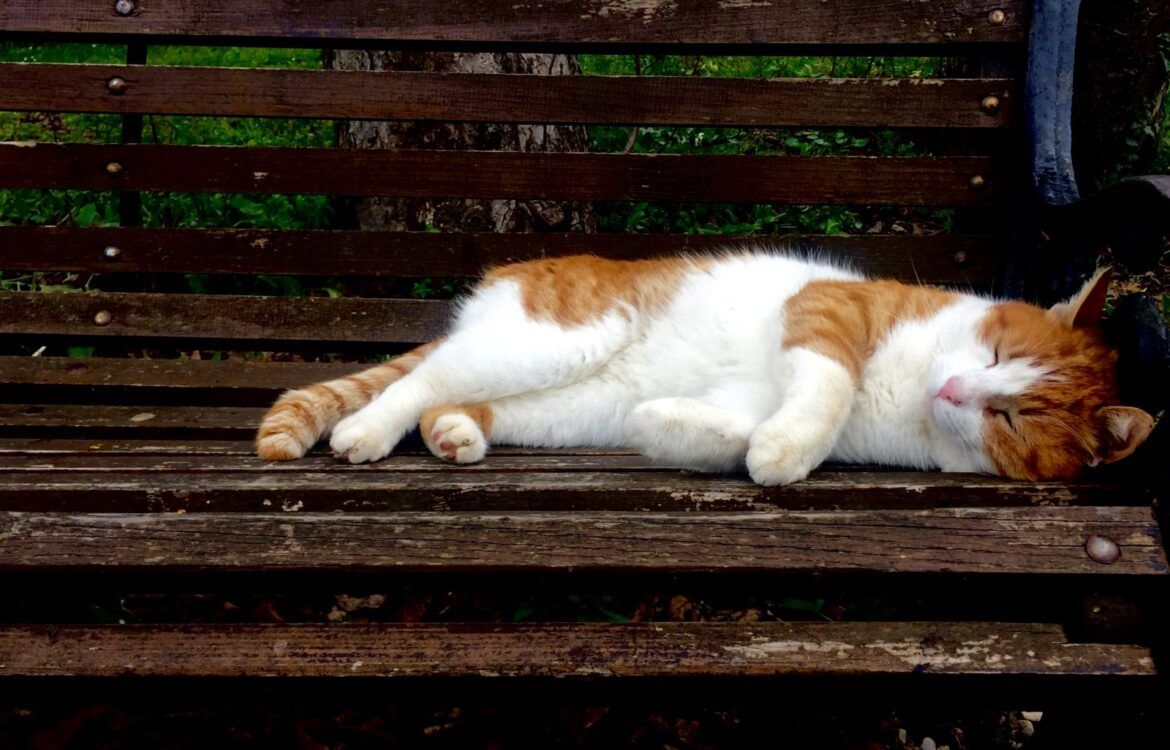 The Low-Down on Athenian Cats

Ever tried taking a picture of the stadium and a cat gets in your shot? Or maybe you’re at the port waiting for your ferry only to find a cat waiting for one too. Either way, you have probably noticed there are cats almost EVERYWHERE in Athens! Whether they’re posing on motorcycles, under cars, on top of vehicles, or basking in the sun, not a day will go by where you won’t see a cat (or maybe ten). Seldom will you find a malicious cat. Most of them are friendly felines (or scaredy cats) when it comes to human interaction. 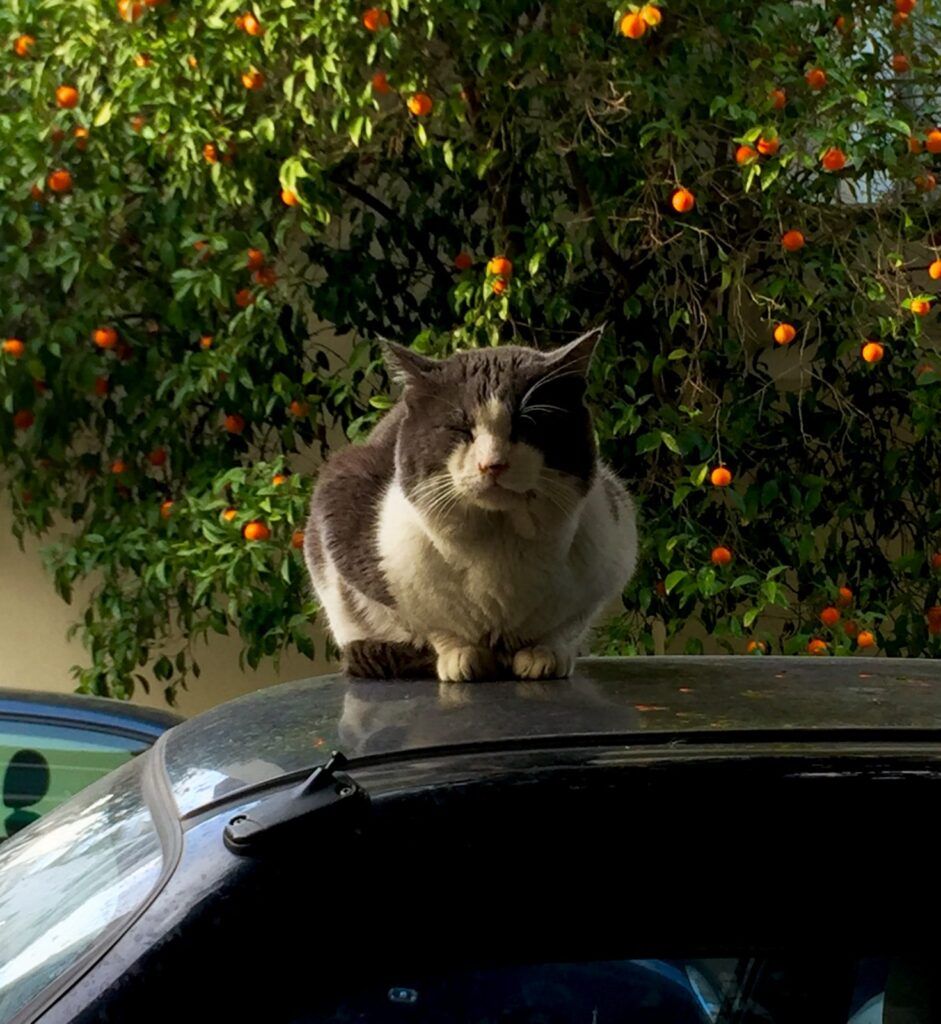 Stray cat perched on top of a car. (Photo by Sheridan Blitz)

Disease in cats is a non-issue in Greece and has been since 1970. So while you don’t have to worry about contracting rabies when you go to pet a cat, many cats have fleas or the cat flu, so it is always good to wash your hands after petting a cat. If you see a cat that looks very ill or injured, don’t hesitate to contact the nearest vet or animal welfare group. In addition, poisoning, hurting or neglecting stray animals, be that cats or dogs, is against the law in Greece. If you see abuse happening, call the police!

So why are there so many stray cats?

Attention was rarely paid to the rising population of stray cats before the inclusion of Greece in the European Union (EU) in 1981. Cats were not seen as valuable; instead, they were considered vermin and were often neglected, abused, or even killed. Many cats were left on the streets by citizens and tourists, who often picked up cats during their stay in Greece and then discarded them at the end of their trip. Furthermore, since neutering was considered to be an unnatural process, pet cats were usually not neutered. This resulted in an abundance of unwanted kittens that people often discarded, resulting in a large population of stray cats (Wolff).

How are stray cats treated now?

After the inclusion of Greece in the EU, the pressure was exerted on the Greek government to abide by the Union’s laws on animal welfare. People’s attitudes towards stray cats also started to shift towards a more compassionate and benevolent one. Although the effort by the government to reduce the population of strays was limited, Greek citizens started forming small shelters and feeding stations to help the strays (Wolff).

Neighborhoods came together to care for them, which is why it’s so common to see the same cat more than once in the same area. Many restaurants, stores, and everyday people buy cat food and leave it out for the cats along with a bowl of clean water. Just about anywhere, you can also find shelters that people have provided for the cats made out of boxes or crates. 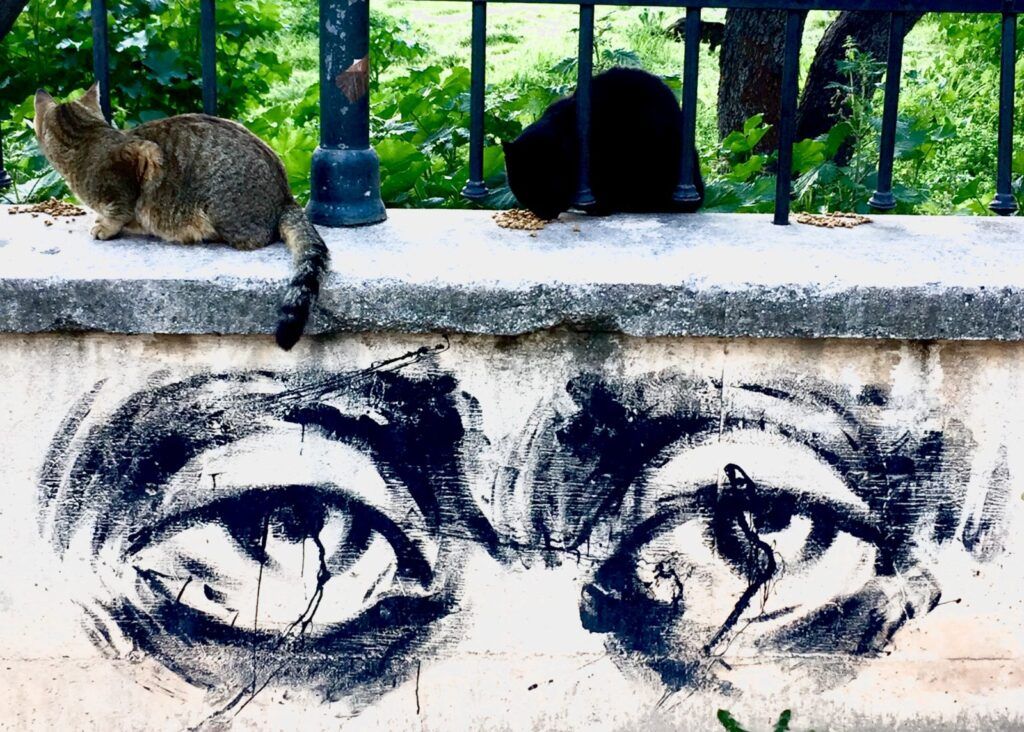 Stray cats munching on dinner provided by locals, next to the Acropolis. (Photo by Sheridan)

Are there any non-profit organizations that help these cats?

Non-profit organizations were also formed to reduce the population of stray cats in considerable ways. For example, Nine Lives (founded in 2006) is an organization that aims to improve the quality of stray cats through providing shelters, medical care, and food for the cats. To ensure a healthier cat population, they have also neutered 1700 cats in 2019 alone. They rely on a network of volunteers that help feed and transport stray cats to veterinarians and help with fundraising activities (Nine Lives Greece).

How can I help?

These days, the cats of Athens are loved and adored by many. As tempting as it is to take one to your apartment, a better option would be to buy a big bag of cat food and feed any cats you see on your way to class. Have some extra meat from a taverna you won’t eat? Feed the cats! Feel free to provide them with plenty of fresh water as well. Even some new housing units if you’re feeling particularly generous! Or consider financially supporting Nine Lives Greece by buying a T-shirt, bag, or even a cat calendar from Nine Lives Greece to help them continue their programs!

A word of caution, however, the streets are where the cats roam, and so it is their own porcelain throne. As alluring as it is to take in the incredible hustle and bustle of Athens and follow your nose to the bakery you smell, remember to look down every so often to make sure you don’t step in cat feces. The streets are a litter box to more than just human trash… 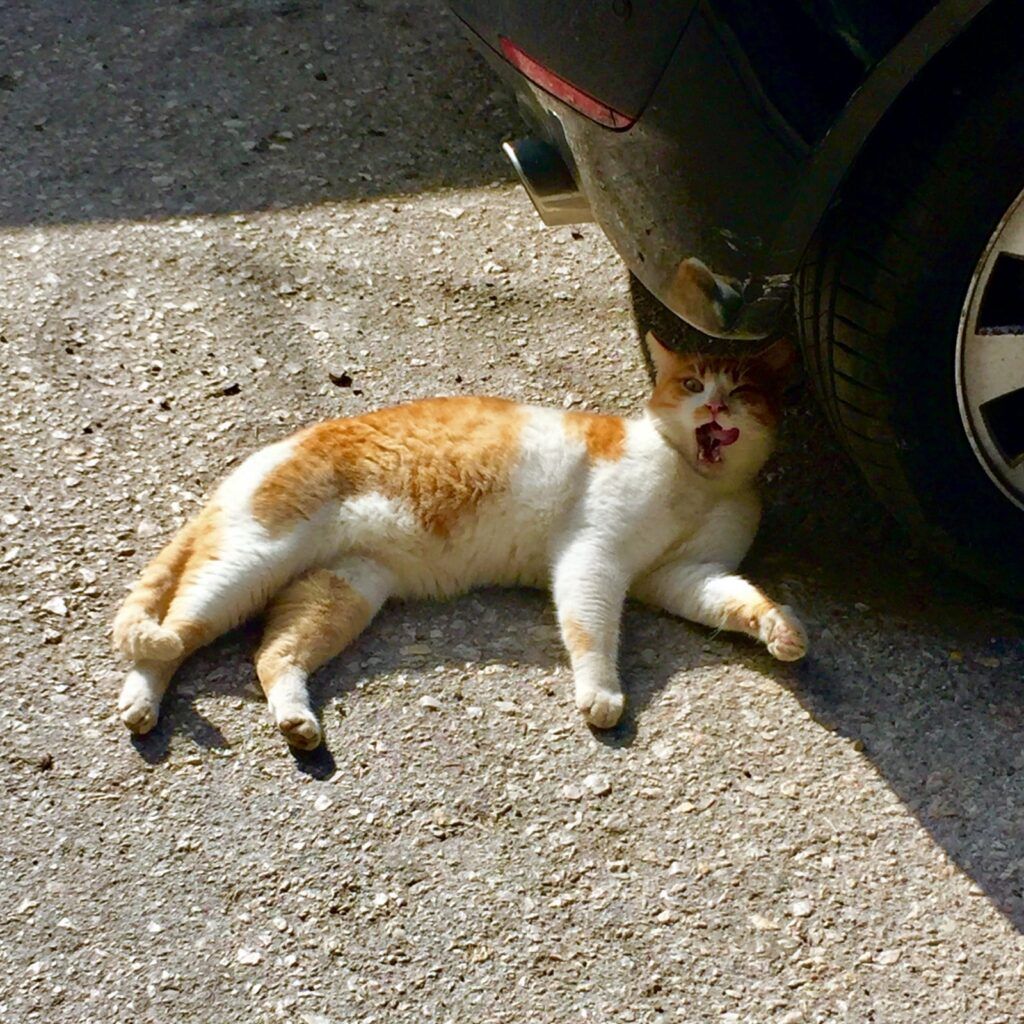 And now for the fun part: We are making a Cat Map of Greece, featuring cats the CYA community has encountered around the country. Feel free to email us your own cat photos at [email protected] and we will add them to the map! Make sure to include the location, and a cat name (if there is one!).

“The Best Way to Help a Stray Cat Colony.” https://www.ninelivesgreece.com/.