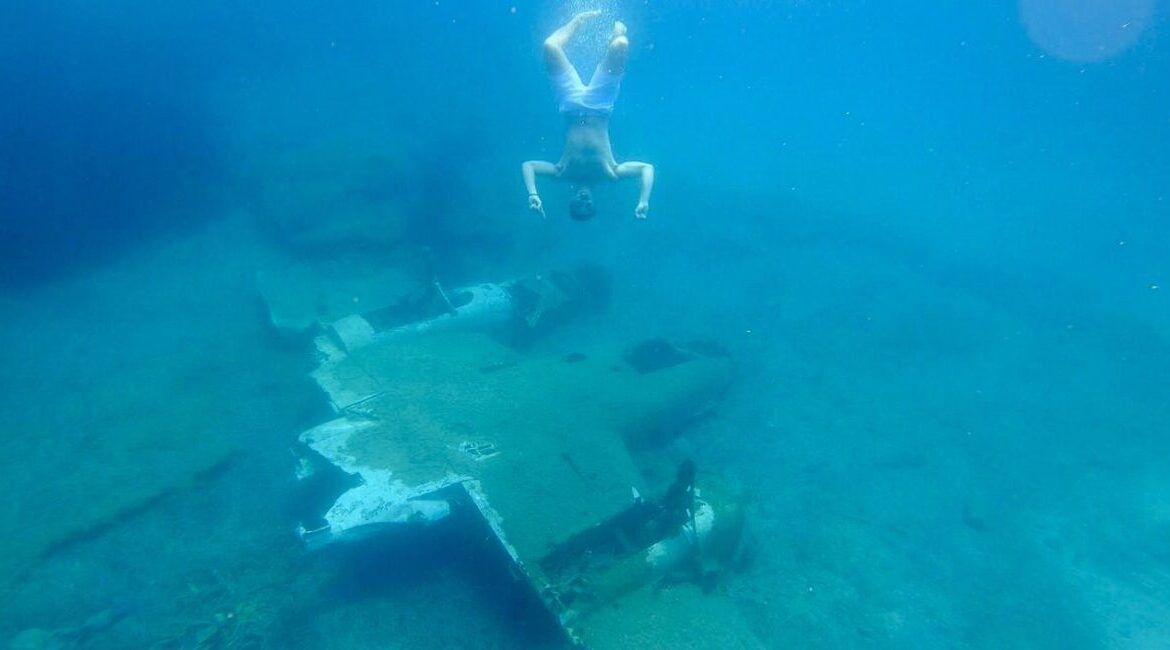 If it’s any testament to both the quality of the snorkeling in Athens and our class’s thirst for adventure, the number of snorkels owned by our group increased tenfold in the time between our first and last swim (from one, to ten).

Throughout this past spring semester, I had the opportunity to explore breathtaking reefs and wrecks around Athens with several of my classmates. While we had all-around outstanding experiences, we had to earn each of our adventures.

When I was considering various study abroad opportunities, proximity to the ocean was a significant influencing factor (honestly, probably more so than academic fit). Of course, the famous beaches of both the Greek islands and Athens were a major draw. I knew that their crystal clear waters and vibrant marine life would be ideal for snorkeling and diving trips. After we all arrived, it was evident that the travel restrictions (including closed dive shops) weren’t going anywhere, and our dreams of exploring the Greek islands’ beautiful beaches would have to wait. As we knew we couldn’t travel outside of the region, we decided to make the most of what the Athenian coastline has to offer. Luckily, and against my Dad’s advice, I had squeezed my fins, snorkel, and mask into my luggage.

Often, when we asked locals about the best locations in Athens for snorkeling, we received a version of the same answer:

“Just wait for the islands!”

Being the stubborn students we are, we pinged local dive shops and consulted dive websites for the hidden snorkeling gems of Athens.

As mentioned, we had to work a bit to earn our adventures, and I think that’s best exemplified by our search for an underwater airplane wreck. After querying several Athenian dive shops for local snorkeling tips, we got a friendly response from a shop in the Porto Rafti area. They recommended a few sites that they typically visit during the tourism season, and later mentioned— almost as an afterthought — that there is a plane wreck accessible in Anavyssos Bay. They provided us with the geographic coordinates, advised us to enter from a nearby concrete pier, and suggested we use a “circular search pattern” to find the wreck.

On a fairly overcast April day, a group of students and I woke up at 06:30 and took a three hour bus to Lavrio, a taxi to Cape Sounion, and another taxi to Anavyssos, where we found the supposed concrete pier for our departure. On the pier, we approached a few fisherman to inquire about the airplane. It could have been a result of the language barrier, but they kept pointing towards sky when we asked about the plane. No one we asked in the area seemed to know anything about the wreck.

After punching in the GPS coordinates on our phones, we set out swimming more-or-less in the direction of our target. Around ten minutes and a couple hundred meters later, we discovered a few scattered mechanical parts, which led us on a path to an upside down Beechcraft RU-21A at a depth of around ten meters.

Something about the novel process and uncertainty about finding the wreck made it that much more exhilarating to actually find it. In fact, we were so excited to take pictures and swim around the wreck, that we slightly overestimated our bodies’ abilities to retain heat in the colder April ocean. When I exited the water, it took a good couple of minutes for my body to stop shivering and lose the blue tint it had acquired.

From fourteen-hour outings and three-hour bus trips to hitching a ride with a friendly ex-pat, our love of snorkeling took us out of the classroom and into the best of what the Athenian coastline has to offer. It wasn’t just the underwater excursions that made my time in Greece special, it was also the process of learning about the potential sites and actually getting there that brought us closer to Athenian life. The fact that we were even able to learn about these sites speaks to the warm Greek hospitality we enjoyed. Though scuba and snorkeling shops were closed, employees were delighted to respond to our Facebook message requests.

While the airplane wreck was certainly my favorite location, we were able to explore a variety of sites. By the conclusion of the semester, we saw the U.S. Army plane wreck, a fishing vessel wreck (complemented by an underwater toilet), an infamous blue hole, a car graveyard, 5+ octopuses, a Moray eel, and hundreds of colorful fish. We ended the semester with unforgettable memories and some amazing pictures. I was fortunate enough to finish my PADI Open Water Scuba Certification in Crete. While one neglected snorkel survived a few highway miles on the hood of our car, we were also unfortunate enough to find out what an imploded GoPro looks like.

Without a doubt, snorkeling and diving in Greece was a series of adventures I will never forget. My time at CYA just wouldn’t have felt complete without it. I hope that future CYA’ers will take advantage of the amazing underwater playgrounds found in the snorkeling guide we provided, and set out to find even more.