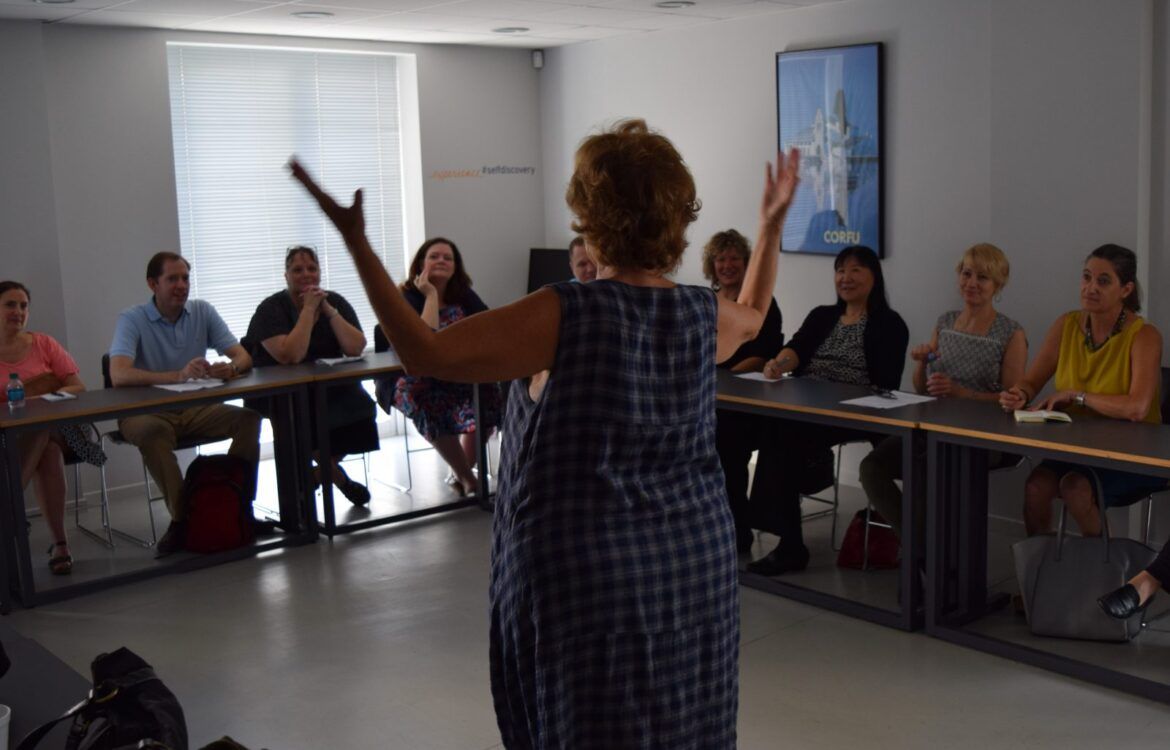 My Greek teacher, Marinetta Papahimona, ever the inspirational woman that she is, keeps the faith. As we learn more Greek and start to turn on autopilot, droning on in our little dialogues about going to the beach on the weekend and ordering at a restaurant, we are more concentrated on the ink on the page than the substance of the conversation.

Flailing her hands at us, she urges, “Look at me! My mind and my body participate in what I’m saying!” Indeed it does.  The same way that Greeks speak with their whole bodies – their faces, hands, and voices – is the same way they are connected to their culture. 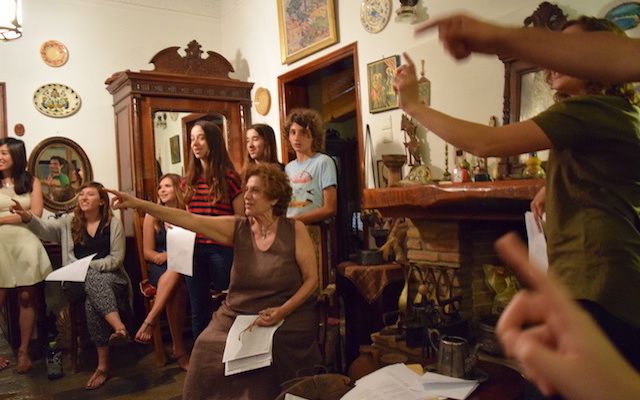 Everyone has an opinion, everyone cares what’s going on, and everyone is passionate about their country.  They are involved because they have no other choice.  No, it doesn’t make sense to us (and does almost seem counter-intuitive) that everyone’s striking all the time, but I daresay that if we had been played by a politician the way the Greeks feel they have been in the past years, it would be even worse in America.  (And don’t get me started on the Occupy protests.)

But, at the same time, life moves on.  Shops still open, uncertain whether or not they’ll be able to the following month, the market still bustles, and traffic patterns are readjusted as demonstrations make it necessary.  And Marineta, for all her criticism of the government, doesn’t let it take away her ‘kefia,’ or joy.  I think because she’s already lived through so much and survived, she sees the Greek spirit as resilient.  And from what I’ve seen, it is. Marinetta Papahimona has many years of experience teaching Modern Greek to American students. Before coming to CYA she served as Academic Director in a number of language institutes that teach Greek and English as a second language. She has trained Greek language teachers in a dramatized and practical methodology and is experienced in the theater, both as an actress and director.