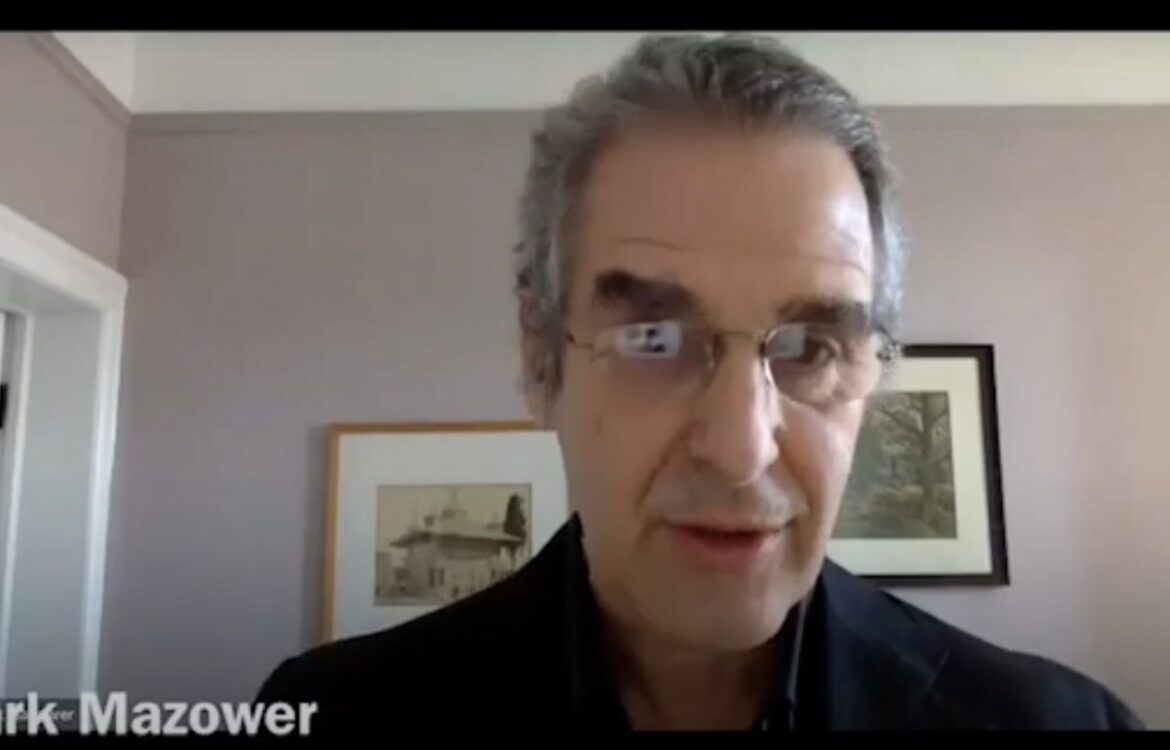 On Wednesday 3 March, on the occasion of the bicentennial of the Greek War of Independence, the Consulate General of Greece in Boston and College Year in Athens and co-hosted a celebratory lecture, under the auspices of the Embassy of Greece in Washington.

We had the pleasure of welcoming, as our speaker, Mark Mazower, Ira D. Wallach Professor of History at Columbia, who had a fascinating conversation on “Reflections on 1821”, with discussant Nicolas Prevelakis, Assistant Director of Curricular Development at the Center for Hellenic Studies at Harvard University.

The lecture opened with remarks by the Ambassador of Greece to the US, H.E. Alexandra Papadopoulou, who thanked CYA for this initiative and expressed her admiration for the guest speaker’s exceptional work.

CYA President, Alexis Phylactopoulos, took the floor and gave a brief introduction on Mazower’s great body of work. “In this present time, where uncertainty prevails and facts are often misrepresented, it is important to be able to hear a clear voice like Mark Mazower, who has the gift of a critical historical eye” he said in closing, and the conversation began.

Mazower spoke about the different terms used to describe the Greek National Identity, the formation of the Greek state as a new example of nationalism, the role of the Filiki Etairia, the emergence of public opinion as a factor in reshaping the continent, and the way our understanding of the Greek uprising has changed by recent scholarship.

A very engaged audience responded with numerous questions which further kindled the conversation. In his responses, Mazower noted his tremendous respect for young Greek historians and the quality of their research, as well as his hopes that their work will soon ‘trickle-down’ to mainstream Greek education.

We would like to thank Mark Mazower, and Nicolas Prevelakis, Greece’s Ambassador to the US, H.E. Alexandra Papadopoulou, and our co-host Greek Consul General in Boston, Stratos Efthimiou, for a fascinating and meaningful lecture.

Please find the full recording of the event in the video below: