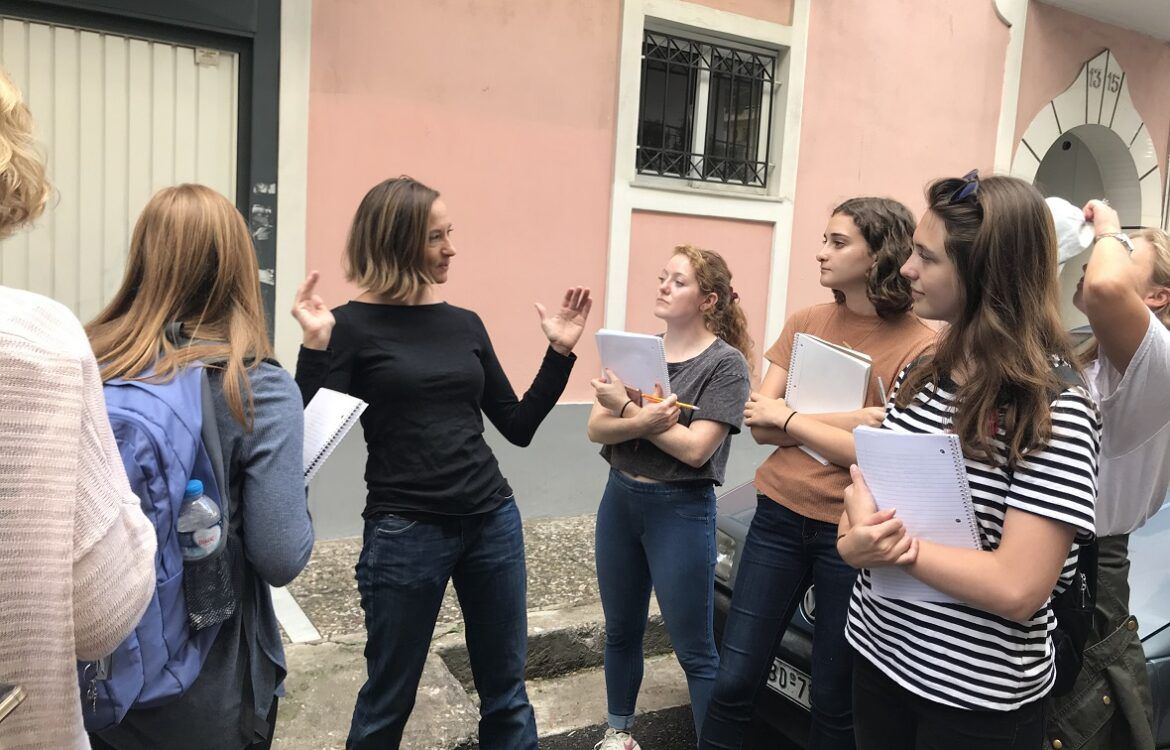 October is National Arts and Humanities Month, a coast-to-coast collective recognition of the importance of culture in America! This year, the Americans for the Arts organization joins forces with the National Humanities Alliance to bring a higher profile to the significance of humanities in education. On this occasion we asked Rachel Klein, CYA Fall ’18 student and a junior majoring in anthropology at Wesleyan University, to share her first impressions of studying anthropology in Greece.

Rachel writes: “One of the most significant reasons I pushed myself to study abroad in the first place is that I am an anthropology major- if I’m not willing to throw myself fully into a completely new culture, why am I studying culture in the first place? It would be an understatement to say that I was excited to learn about and participate in Athenian life and society and I can definitely say that I’ve already learned and experienced more than I could have ever imagined.

The anthropology course I am taking this semester is called The Culture of Modern Greece and is taught by the wonderful Aimee Placas. This class is unlike any course I’ve taken at my home university, in part because we need to learn more about Greek culture before fully delving into analysis but also in part because Aimee is a wonderfully unconventional professor.

While anthropology classes at Wesleyan often focus on reading anthropological texts and doing observation and interpretation independently, Aimee’s classes and assignments are focused on intense observation. In fact, we spent the first week of classes talking about different occurrences and cultural aspects that we had noticed in Athens which were different from life in America. Recently, we went on a tour of Pangrati, our home neighborhood, and spent an entire class in deep observation of our surroundings while we discussed how the physical environment impacts the social environment of the area and vice versa.

While I realized that the culture in Athens would be different than American culture, I didn’t realize how that cultural difference would impact how anthropology is practiced. As Greece in general is a more laid back country than America, so is anthropology. When doing ethnographies in America, I have always been encouraged to interview strangers but in a formal manner. I am supposed to strategically choose my interlocutor and then speak with them and establish a trusting relationship over a few weeks. However, Aimee has encouraged us to go up to whoever looks interesting and start a conversation. While this strategy doesn’t work well in America as people are more private, in Athens it is a perfectly normal thing to do and works like a charm.

Also, anthropology in Greece places a much larger focus on the visual aspects of culture. While my urban anthropology courses in the past have analyzed how the structure of the city reflects the city’s culture, I had never focused so intensely on the meanings of graffiti and the impact of combining ancient ruins and modern buildings in one area.

Ultimately, while I am still learning anthropology here at CYA, it is a very new approach to culture than I am used to. So far, Aimee has taught me to always observe and that everything from a graffiti tag to an abundance of plants on a balcony means more than it seems. I can’t wait to learn more from Aimee and from Athens itself!”