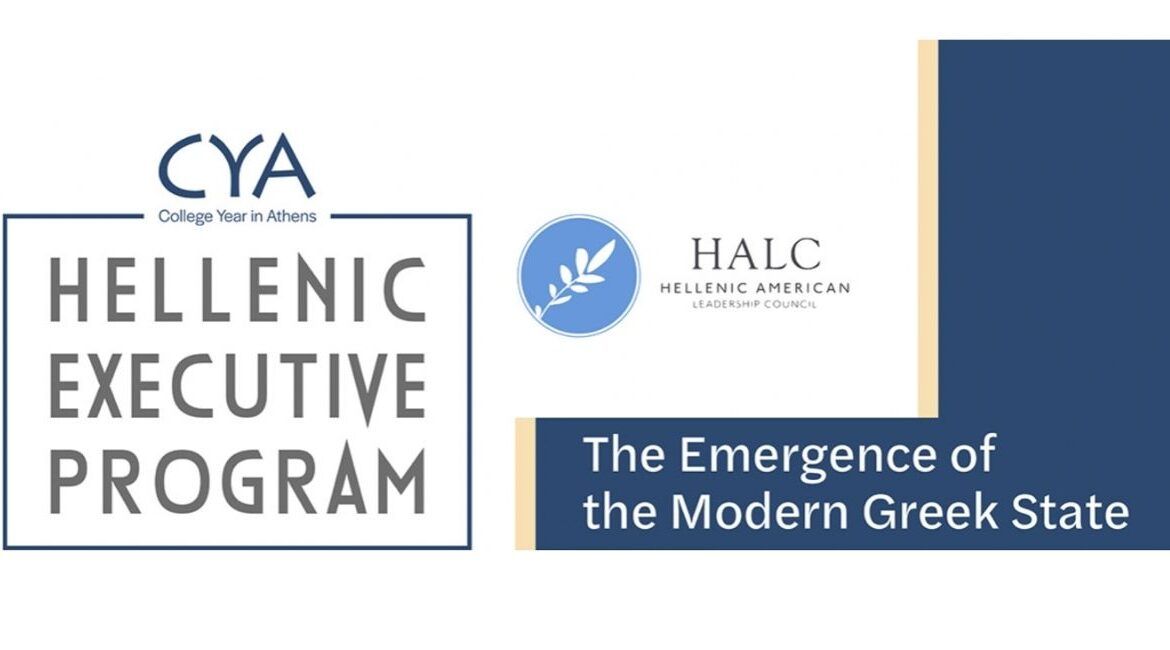 The first seminar of the CYA Hellenic Executive Program, a unique initiative formed in collaboration with the Hellenic American Leadership Council, was completed in June after six engaging online sessions.

The Hellenic Executive Program is dedicated to bringing CYA’s rigorous academic profile in an online format to all interested and who desire to further their knowledge on all topics associated with Greece, from ancient civilization to modern-day development. Taught by Professor Alexander Kitroeff, Associate Professor of History at Haverford College, the seminar titled ‘The Emergence of the Greek State’ followed the evolution of Greece from the eve of the revolution through the consolidation of the modern state in 1821. It described and analyzed the major domestic and international political development as well as the cultural and social progress which transformed Greece from an Ottoman-ruled province into a modern European nation-state.

The seminar received warm participation from CYA alumni and HALC members, who jumped on the opportunity to deepen their historical knowledge of modern Greece.

“This course was invaluable! I appreciated the one-hour duration of the lecture with time for questions and discussion afterward. It was also offered at a convenient time for working professionals. The subject matter applied to a variety of disciplines and was of interest to people of diverse backgrounds.  Professor Kitroeff was personable, extremely well-versed in the subject matter, and open to further discussion. Our class size was small, which made it seem like we were truly in a seminar or classroom setting and also allowed each student to participate. I would absolutely register for another course as a continuation of this one.”

We would like to thank the Hellenic American Leadership Council for this fruitful partnership, Professor Alexander Kitroeff for sharing his deep knowledge of the History of Modern Greece, and all who participated. We look forward to offering more such opportunities in the near future. Stay tuned!