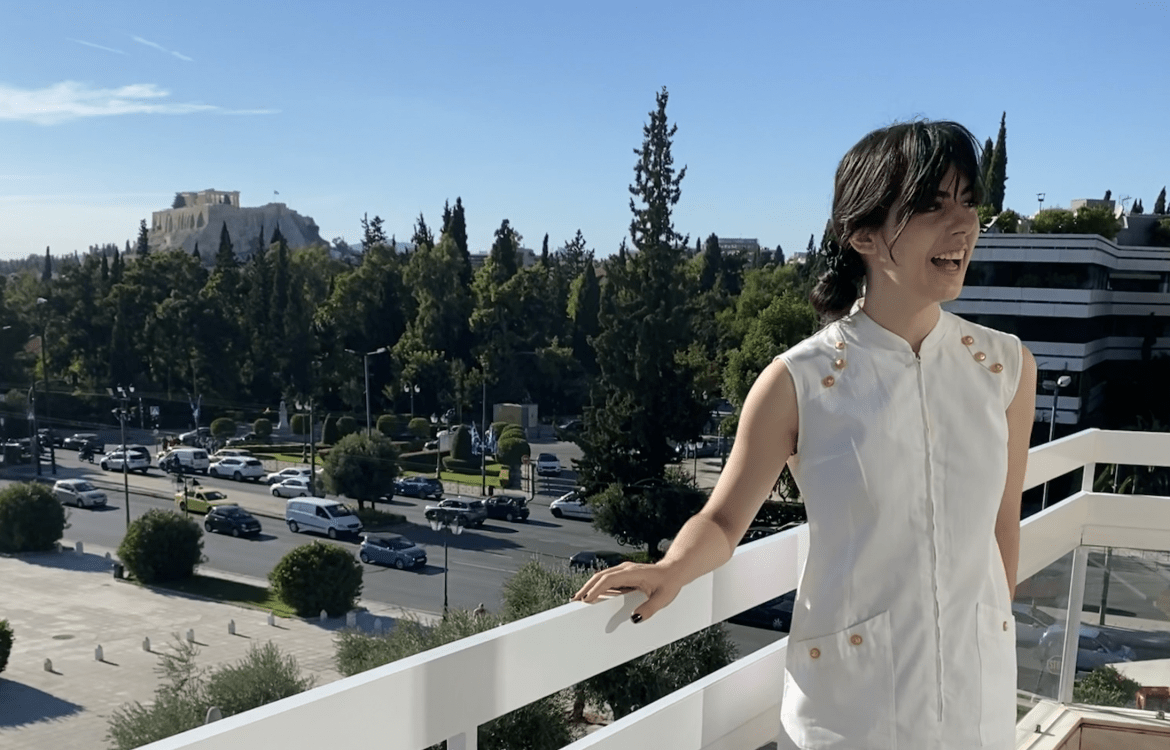 Shea is a NYU student majoring in Philosophy, specifically Continental Philosophy and French. But after moving to New York City, Shea developed a keen interest in fashion. Now studying abroad at CYA, Shea is able to explore her interest and gain hands-on knowledge through a placement opportunity at a local fashion boutique in the center of Athens called Lovecuts, helping the owner Maria Panayiotou. Read on as Shea shares her experience from living in Athens, to working with a local fashion designer.

Shea, how are you finding studying abroad in Athens?

I love it! I really love the classes here because they’re all conducted in a seminar style, which is what I’m accustomed to. I chose NYU for the same reason, I like that I was able to find something with a similar philosophy.

As far as life in Athens goes, it’s a big city, but different from the ones I’ve seen! I’ve done a fair amount of traveling around Europe, and I’d suspected that Athens was going to be similar to the cities of Italy or the french riviera, but I was shocked by how unique Athens is, it has an identity of its own. Last night I was walking with a friend in front of some office buildings and there was a dug-out hole right in front. We looked and we saw ruins of an ancient building. The integration of the past and the present here is something unique. 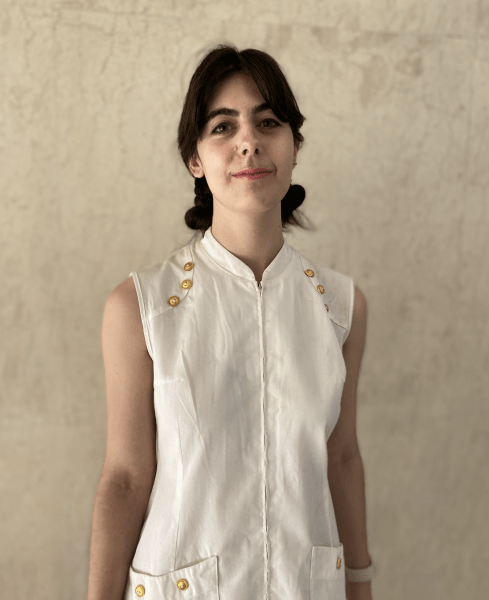 Can you tell us about your interest in fashion?

I suppose it’s something I gradually developed, especially when I went to college in New York, because I’m from the suburbs originally. People in New York are not afraid to express themselves. It’s a huge city and in this anonymity there’s freedom. Quickly I realized that I wanted to partake. My interest in fashion flourished then. I started wanting to get more involved in fashion in a hands-on way rather than just styling. Can I tell you a story? I promise it’s relevant.

Here Shea tells the story of a woman she met who was an amazing chef. After meeting her and tasting her food, Shea was surprised to find out that she was also a philosopher! Talking to her she found out the benefits of doing something tangible parallel to studying Philosophy. Something to keep you grounded and connect you with other people.

I thought fashion is a very tactile thing, so maybe I could get involved with it somehow. And then I got this email from CYA asking if I’d like to do this placement at Lovecutts and I jumped on that opportunity!” 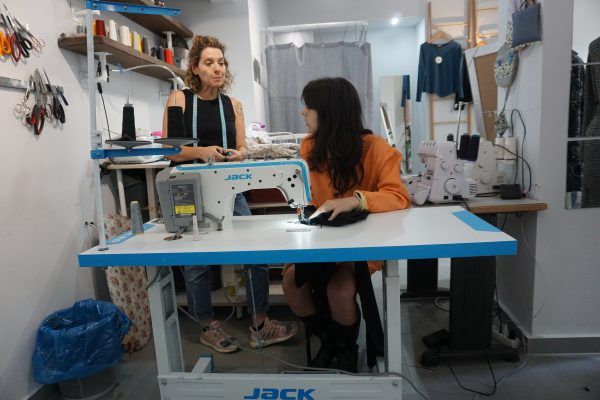 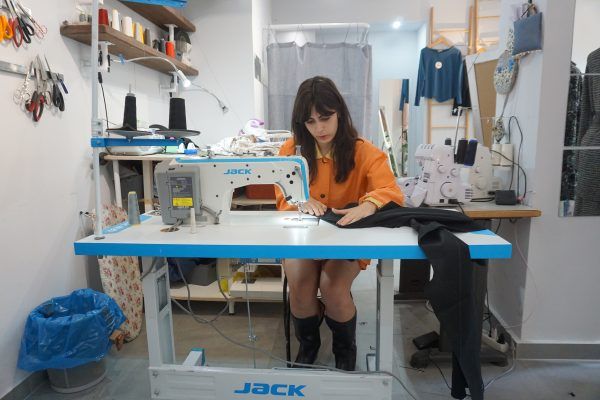 Can you describe what you do at lovecuts?

I help in the shop, I’ll watch clothes being made, I watch how Maria chooses to organize the shop, I’m her little shadow. Right now we’re working on the new clothing for the new season and I’m going to help her style the photoshoots for the website and Instagram, so that will be a lot of fun.

I mentioned that I enjoy thrifting a lot and she said ‘bring something that you’ve thrifted that you wouldn’t mind making some mistakes on, and I brought this oversized men’s pajama shirt, and we’re turning it into an actual dress, just as a learning experience! I’ve been learning all these little tricks about how to physically realize the ideas that one has about a piece of clothing.

Do you think you’re learning skills that are going to be useful to you in the future?

I think so yes! I think it’s always useful to try out lots of different things. If I end up going into fashion I don’t think I would like to be in a job where I’m primarily making clothes, but I think it’s important if one is interested in design, for example, to still know how the clothes are made. To know what is possible, what is difficult and what is easy.