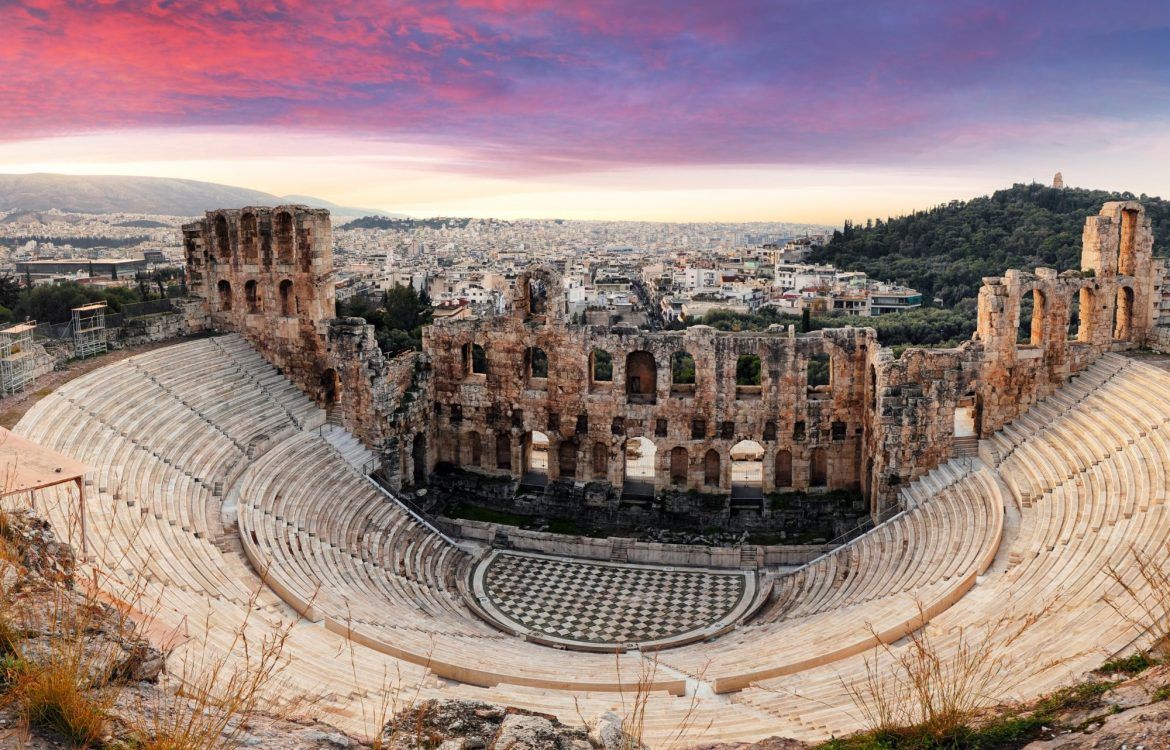 Studying Theatre at its Birthplace

Performing (In) Athens, Exploring the City Through Theatre and Performance with CYA professor Athena Stourna, is a course for students in the Arts and Humanities, as well as anyone interested in Theatre and Performance. Students look at current practices in theatre and performance with a focus on Greece and Europe, and examine how contemporary Greek artists address issues such as: theatre and society, the human body/the body politic, as well as the Stage and the City.

At the same time, the class undertakes a critical, historical and creative overview of Theatre and Performance in periods of crisis, in Europe and the United States, without leaving out the ancient past and the beginnings of Theatre. The class after all does take place in its birthplace.

Over this past semester, students of this class have visited different theatres and other performance spaces, including the Odeon of Herodus Atticus located at the foot of the Acropolis of Athens. 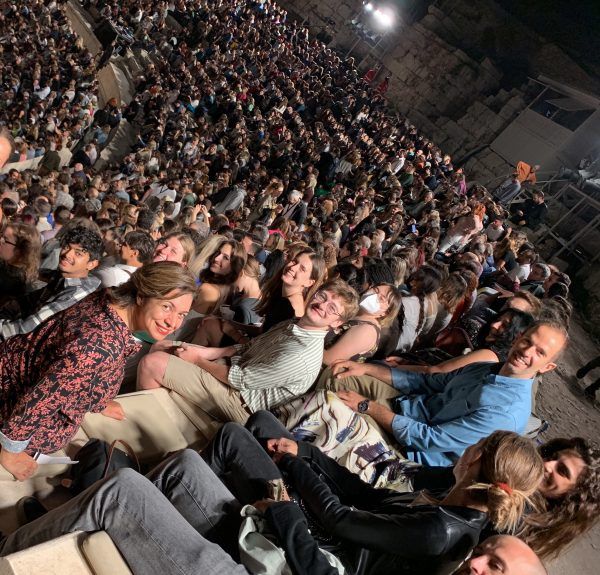 Apart from those visits and analyzing discussions on the performances watched, the class had the opportunity to explore theater methods first-hand, in a series of workshops given by guest performers and educators. One of those was a workshop led by actor, director and educator Alexandros Vamvoukos. Students worked on the late 19th-century avant-garde play, King Ubu, by Alfred Jarry and experimented with Object Theatre: in teams, they gave life to everyday, mundane objects that became the play’s characters. 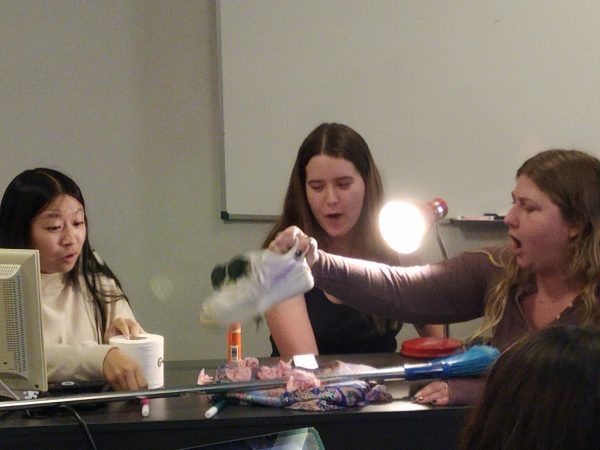 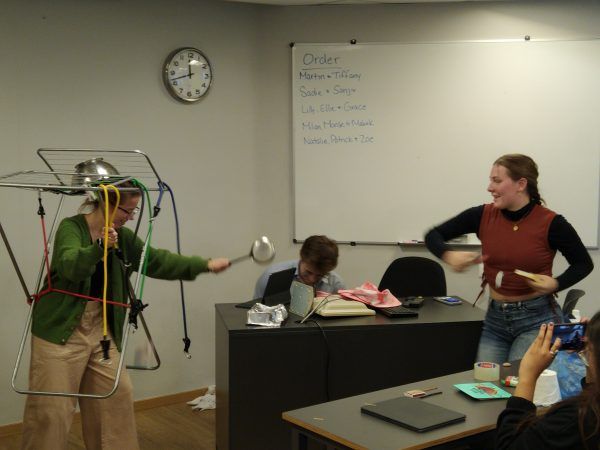 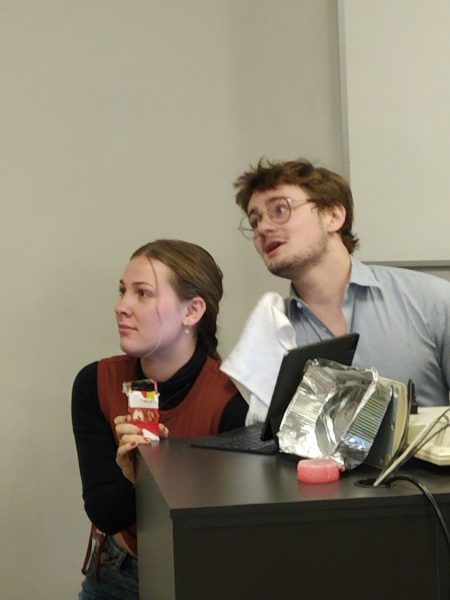 When asked about his impressions of this class, Fall ’22 CYA student Patrick Linehan said

“to me, the most valuable thing to know and understand about the class and the topic of study is that western theatre was born in Greece. By studying contemporary theatre and comparing that with ancient theatre we can compare the cultural use and themes present within them. This allows us to take a piece like King Ubu and better understand its background story.”

After thousands of years, Athens remains one of the most vibrant Theatre scenes in Europe. Through this course, students can make the connection between past and present, while exploring the hands-on aspect of theatre, considering current struggles, and imagining what its future can be.