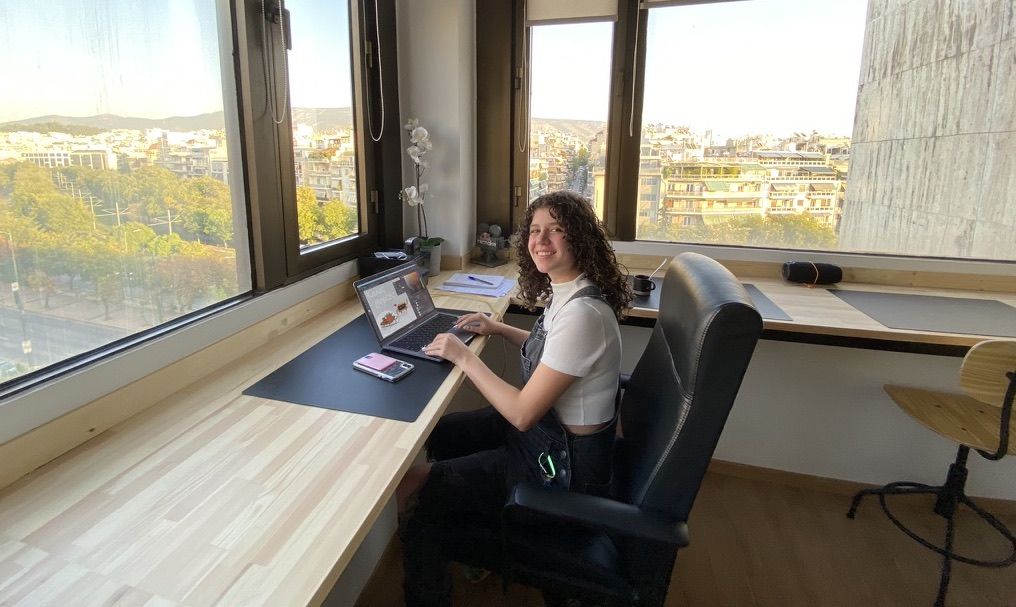 Ana Maria is a junior studying Classics at Washington University in St. Louis, currently spending her Fall Semester at CYA, in Athens. Aside from her studies, she spends some of her free time volunteering as a graphic designer at a well-regarded media company, CReatures. We spoke with Ana Maria about her academic and extracurricular interests, and how those two combine.

What made you decide to study at College Year in Athens?

I specifically chose CYA because it offers a course on Thucydides at the undergraduate level. I love that class, it’s my Monday and Wednesday reason to wake up! I’m doing Latin as well, which is very fun. I prefer Greek because I am in Greece and not Rome. And then I’m taking a Pre-history course and an Archaeology course. I haven’t done any of that back home, I’m very focused on my languages there. It’s something that I’ve never experienced before. The professors here are so associated with all the historical sites, they will say ‘oh we’re going to go somewhere where I was working!’ and that is very cool to hear. They have a lot of knowledge and it’s helped bolster my overall understanding of the ancient world. 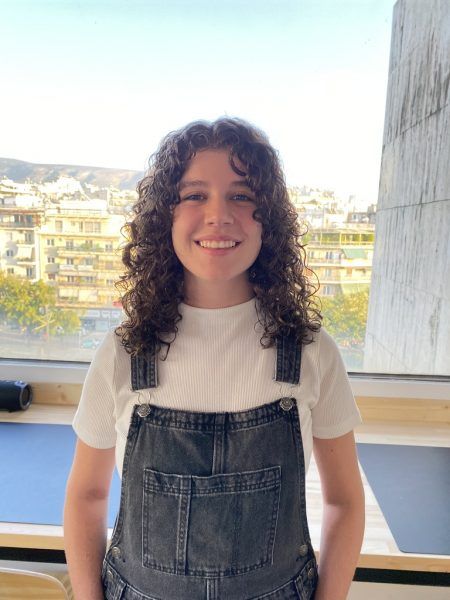 How did you first become interested in graphic design?

My mom is a photographer for the family and has been taking photos of us since we were kids. She took a graphic design class, so I followed along on that over the summer 7 years ago. Later, I started working for my classics department back at school as a student intern and one of my classes was working on flyers and other promotional material. We had an Adobe subscription so I decided to start learning how to use Photoshop and Illustrator, I watched a lot of tutorials on Youtube, there was a lot of self-teaching.

How did you find out about this volunteering opportunity with CReatures?

Initially, I thought that after class, my evenings would be free. Then over the Summer Angela Kouvara (Student Affairs) started sending out volunteering emails and I thought ‘this sounds like a lot of fun’, so I asked if she had anything that was related to Photography, Videography or Graphic design and she emailed back with a couple of places and CReatures happened to be one of them. I checked out their website and it looked super cool, so I emailed back immediately saying ‘this looks super interesting, I would love to do the volunteering there!’

What sort of things do you work on while volunteering at CReatures?

Here at CReatures, I’m like a ‘mini employee’. I’m here for 5 hours a week, and they have little projects for me. The first one was working on a brochure, and then after that, I worked on an Adobe website called Behance, which is like a portfolio for graphic designers; now I’m working on some Christmas graphics. A lot of it is brainstorming and everyone from the group comes up with their own idea and then they assign the official assignment to one person, but with the backing of everyone’s ideas. 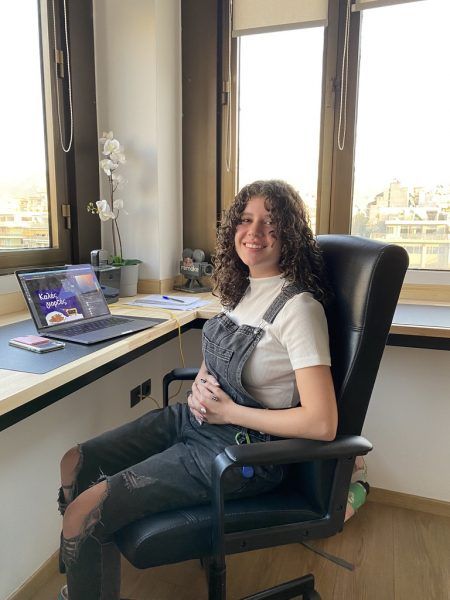 How would you say your experience in graphic design has impacted your academic career?

I really like what I study in school, I love Classics, and I love to read ancient Greek and Latin, but it’s also really nice having a creative field on the side, and I use a lot of what I do in graphic design whenever I have a project for class. If it’s filming a video, for example, I do a little animation, title cards, and things that I know from my graphic design side that the average Classics student wouldn’t know what to do.