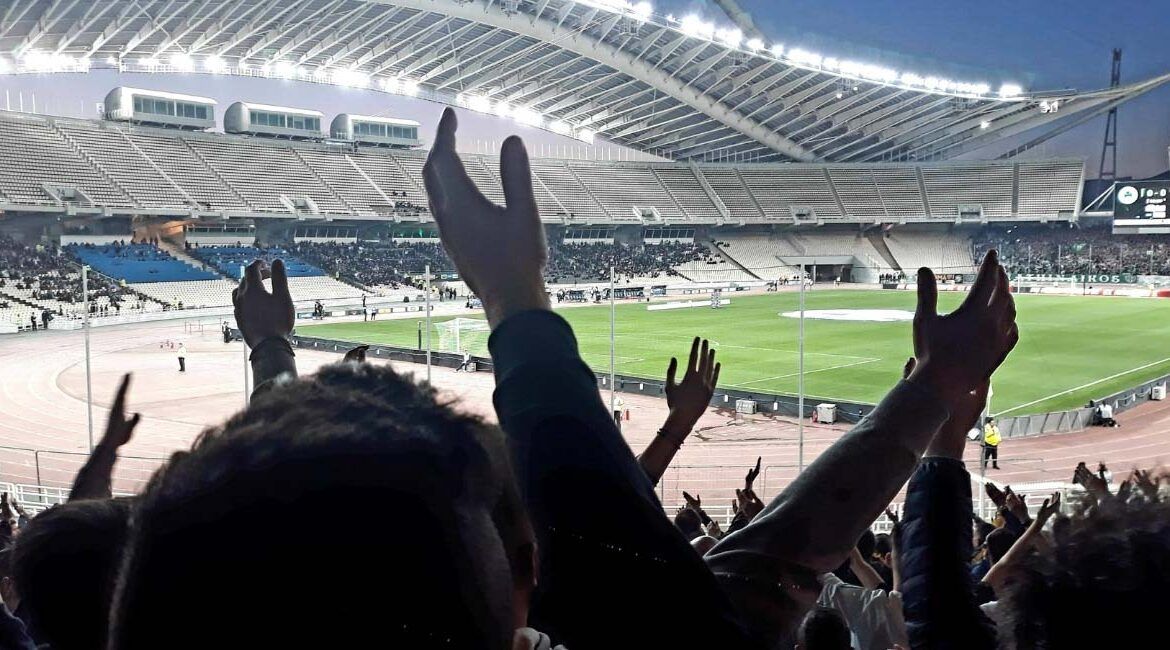 On Sunday 17 March a field trip to a football game (Panathinaikos-Olympiakos) was organized in the framework of the Sociology of Dissent course.

The course looks at a wide array of facets of resistance and dissent in Greece and Europe, including the political domain, everyday life, popular culture, sports, and social institutions. Dissent has been usually associated with progressive causes and positive social transformation, however, the multiple manifestations of crisis in the West have given rise to ideologies with strong anti-establishment rhetoric coupled with an agenda of social exclusion, which also perceive themselves as practicing dissent. Our field trip aimed at exploring those social and political aspects of football and, in particular, the way football fan clubs are vehicles for local and national politics and the way football fans form their own dissenting identities and image of the self.

Football in Europe, and in particular football fan clubs, have been entangled in social life since the inception of the game. As modernity and mass urbanization gradually erased traditional forms of belonging, football fan clubs emerged – among other types of association – as a form of symbolic citizenship, as a new form of kinship in the context of impersonal modern cities. Besides this social function, football fan clubs in Greece have been entangled in the political life and in the multiple ways national and social history become a vehicle to express rivalries, discontent, and ultimately a particular form of dissent. Hence, some of the typical rivalries between football clubs in Greece reflect (older) social and political divisions of the turbulent history of the Greek state: inner-city (Panathinaikos) vs. suburbs (Olympiakos), the rising middle class strata (Panathinaikos, Aris, Iraklis) vs. the working class (Olympiakos, PAOK) , the North (PAOK) vs. South (Olympiakos), or the “native” (Olympiakos, Panathinaikos, Aris, Iraklis) vs. the “newcomers – refugees from Minor Asia” (AEK, Panionios, PAOK).

These rivalries are expressed often via rituals, such as chanting and slogans. The carnivalesque experience in the stadium allows for the temporary suspension of social order, a suspension of rules, norms, and hierarchy, but also for an experience of “collective effervescence”. Violent incidents also occur in clashes between football fan clubs inside or outside the stadiums. Violence in such circumstances is often described as senseless, however, for sociology violence is a social event and as such loaded with meanings. First, the practice of symbolic and physical violence is a means both for the formation of the football fans’ identity and for validation of its authenticity. Second, the rival – that is the opponent but also the police as the most visible representative of the State – becomes a representation of all forms of social injustice, a real scapegoat whose symbolic sacrifice would allow for an equally symbolic restoration of justice.

In the stadium, our class observed such events from a safe distance. The lively discussion on our way back to the CYA was followed by the analysis of the experience and its theoretical contextualization during class the next day. 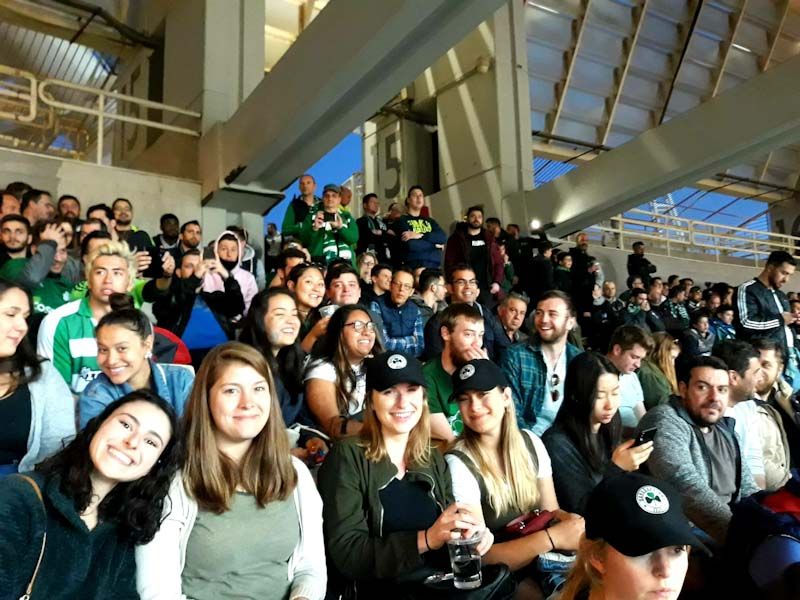 *Rosa Vasilaki holds a Ph.D. in Sociology from the University of Bristol (UK) and a Ph.D. in History from the Ecole des Hautes Etudes en Sciences Sociales (France). She has taught history and sociology on undergraduate and postgraduate level and conducted research in a number of universities in Greece, Israel, and the UK.
She is currently a research fellow at the Hellenic Foundation for European and Foreign Policy (ELIAMEP) working for the “Enhancing the Integration of Women, Beneficiaries of International Protection by Development and Implementation of Multifaceted Integration Training (INTEGRA-TRAIN)” project. 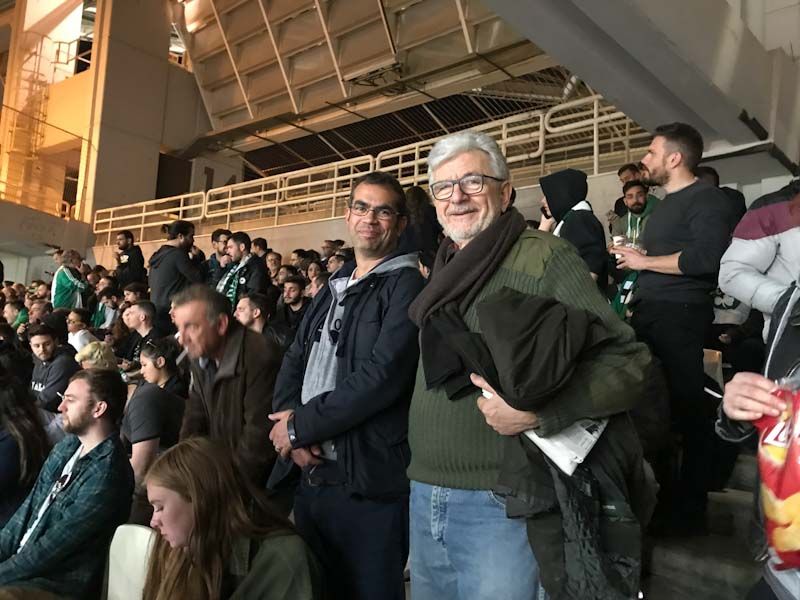 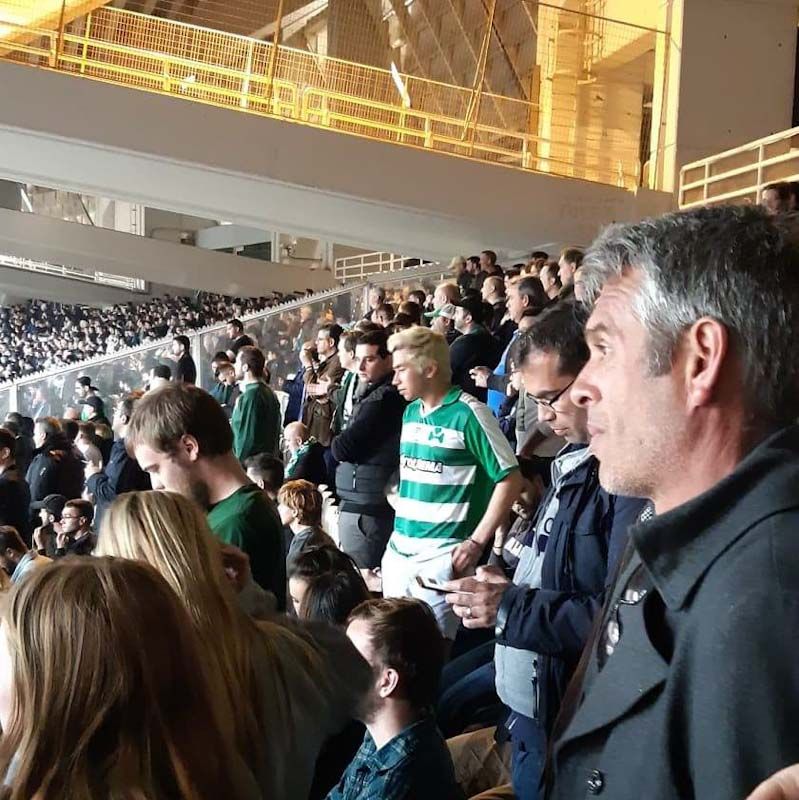 CYA professor John Karavas [Sports, Games and Spectacles in the Graeco-Roman World] also invited his students to the game.