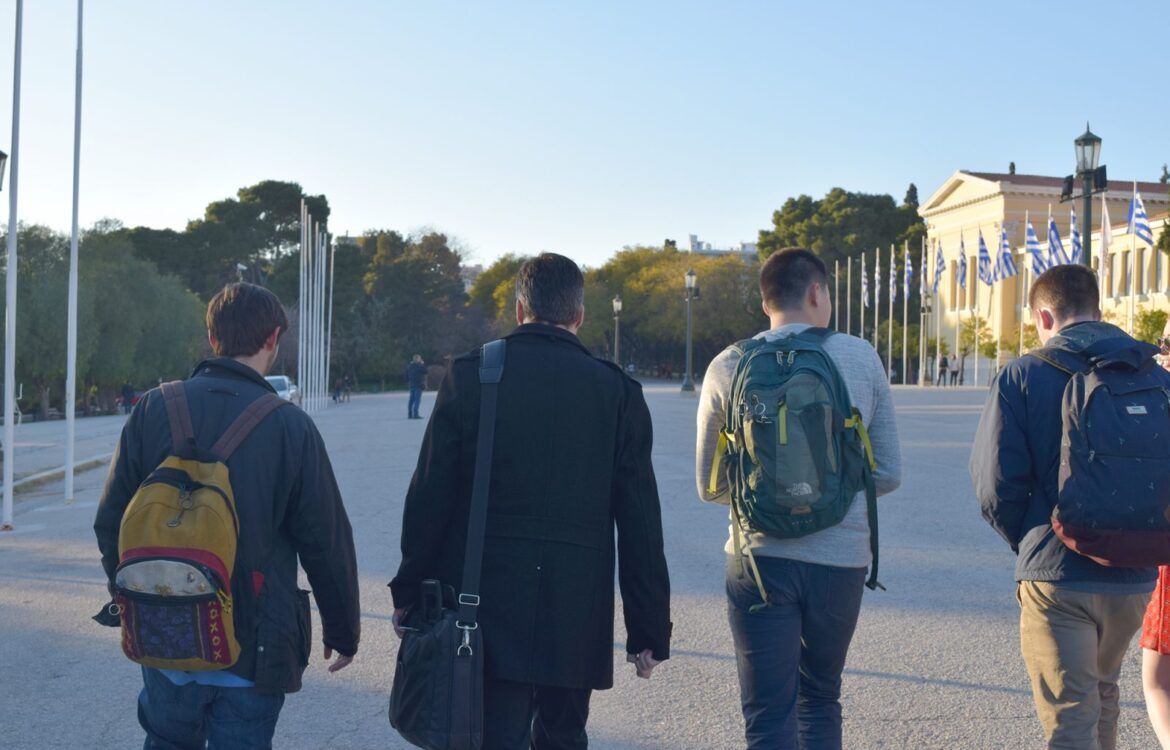 Why stay in the classroom when surrounded by a city buzzing with political activity? Earlier this semester Professor Aganidis (Crisis and Recovery in Greece and Europe) took his class for a visit to the Hellenic Federation of Enterprises (SEV). The federation provides responsible and independent representation of private economy – The place to be if you want to get an insider’s view on what the private sector does to accomplish their goals: to turn Greece into a productive, outward-looking and competitive economy. Arriving at SEV we met with Mihalis Mitsopoulos, a chief economist at SEV. Sitting at a round table students had a chance to strongly engage on burning socio-economic issues, and review what they had learned in class.

The group looked at the structural reforms for Greek economic recovery, and critically assessed the economic adjustment program. The current state of the European Union was also discussed,  and its system compared to that of the US. An important part of the evenings discussion was the elaboration on how the political and economic forces work together in times of crisis, following up the discussions taking place in class over the past semester.

Co-taught by a political scientist and an economist, the course explores the causes, the present reality and the future implications of the Greek and European crises. By using a variety of analytical tools and perspectives the course offers a comprehensive examination of the ongoing crisis, which has tested the limits of European solidarity and has evolved into one of the greatest challenges to the European integration project and the common currency.

Speaking with a chief economist working with the federation of Greek enterprises on a daily basis was perhaps as close to the private sector’s viewpoint as one can get – Thank you SEV!