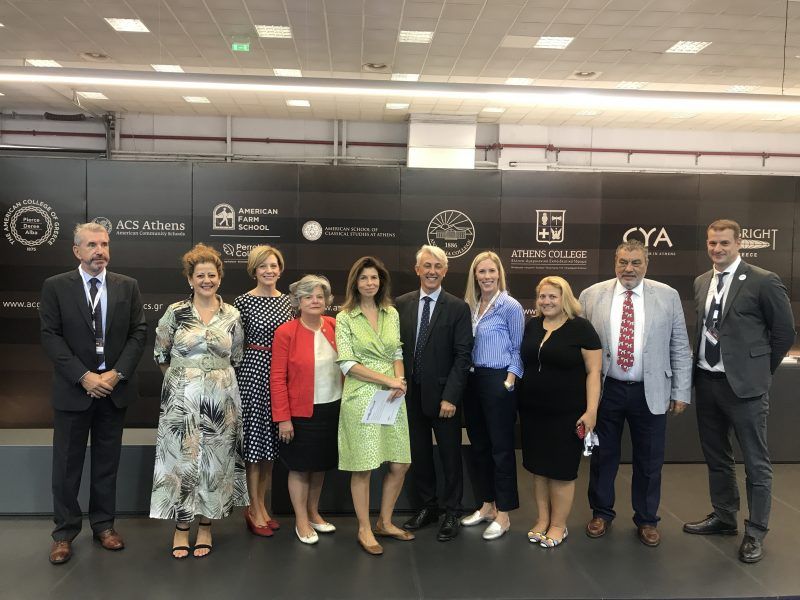 CYA participated with pride in the 83rd Thessaloniki International Fair “Star-Spangled Exhibition” (Sep 8–16, 2018). As the name suggests, this year’s honored country was the United States of America. With over 1,500 exhibitors and a broad range of fields represented, the exhibition is described as one of the most important annual events in Southeastern Europe.

At the opening ceremony, CYA was represented by Development Officer Vassilis Simopoulos (far right), who had the opportunity to communicate CYA’s continuing commitment to education and its long tradition of expanding horizons for American Students in Greece.

CYA’s participation was hosted in the booth of AAECG (American Educational and Cultural Organizations in Greece), within the context of its collaboration with the American-Hellenic Chamber of Commerce. Other participating members were the American College of Greece, American Community Schools, American Farm School & Perrotis College, American School of Classical Studies, Anatolia College and American College of Thessaloniki, Athens College/ Psychico College, Fullbright Foundation, Pinewood – The American International School of Thessaloniki. 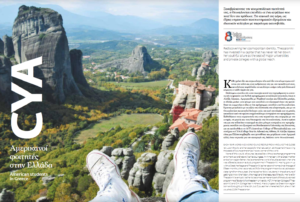 ‘Exposed in Thessaloniki’, the exhibition’s official publication, featured CYA in an interview of Campus Relations Manager Alexia Lingaas who shared her thoughts on the reasons that make the experience of studying in Greece so special for American students.