CYA was in Chicago this past weekend partaking in events hosted by the PanHellenic Scholarship Foundation.

On Saturday 16 June the PanHellenic Scholarship Foundation held its annual Awards Ceremony & Gala at the Hilton Chicago. The PanHellenic broke a new record this year by awarding 45 talented Greek American undergraduates with a total of $260,000 in scholarship awards.

Celebrations began on Friday 15 June with an Alumni Weekend Welcome Reception at Holland & Knight courtesy of the Foundation’s pro bono counsel, Elias Matsakis and co-sponsored by College Year in Athens. 2018 Recipients, PanHellenic Alumni, and other Greek American young professionals enjoyed food and drinks while admiring the beautiful Chicago skyline. CYA Senior Coordinator of Campus Relations, Alexia Lingaas, attended the event to meet guests and represent CYA. Alexia spoke about CYA’s history, academic offerings and its role as a cultural and educational bridge between the U.S. and Greece, for over half a century. She also spoke about how important and beneficial it is for Greek-Americans to connect with their roots.

Marissa Linzi, CYA Alum (2009-2010) joined Alexia at the reception, to share her story and explain how studying abroad at CYA for a full academic year changed her life. She mentioned how her first trip to Greece as a teenager heavily impacted her decision to return and spend a full year at CYA. Marissa emphasized how CYA utilizes the landscape of Athens to facilitate meaningful learning opportunities.

On Saturday 16 June, the 2018 Awards Ceremony and Gala took place at the Hilton Chicago. The truly spectacular event was attended by over 500 guests. The Foundation was overjoyed to award an impressive group of young Greek Americans this year, encouraging them to continue their good work and giving back to the community.
During his opening speech, Robert Buhler expressed his excitement for the new partnership between the PanHellenic Scholarship Foundation and College Year in Athens/DIKEMES.

This partnership involves a 10K scholarship offered by George and Daphne Hatsopoulos, in the name of CYA. The award is offered to a Greek-American college student to support and advance his/her undergraduate education, as CYA actively supports the mission of the Foundation to build a better America through Education and Hellenism. Welcome speech by Robert A. Buhler, PanHellenic Chairman and Trustee 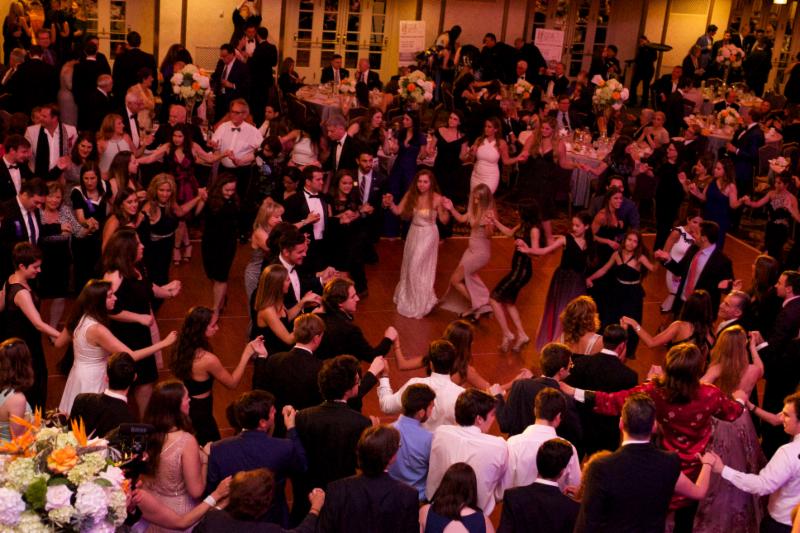 The awards ceremony and gala was followed by traditional Greek dancing