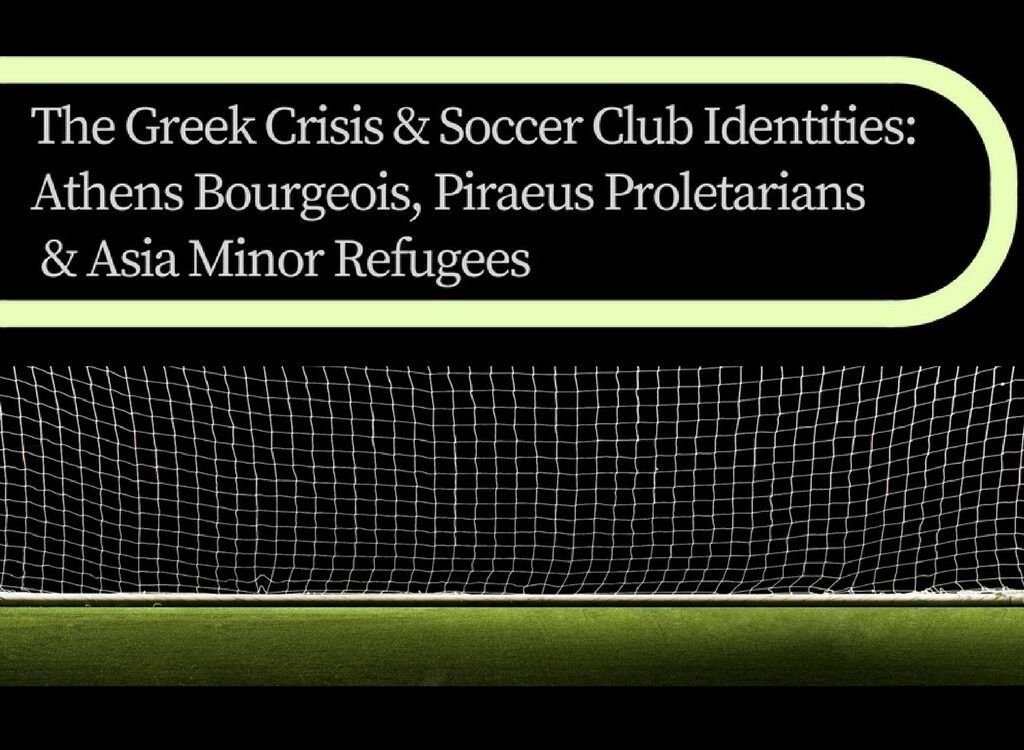 F.C. Barcelona proudly proclaims it is “més que un club” and indeed many European soccer teams have historically reflected identities that go deeper than sports, representing region or city, political or religious affiliation, or class origins. In Spain, Barcelona stands for Catalonia and Real Madrid for a unified country; in Scotland, Celtic F.C. stands for Irish Catholicism, Glasgow Rangers for Protestant Unionism. The origins of Greece’s top soccer clubs also reflect particular identities rooted in the country’s history. But with the Greek Crisis dealing a blow to already declining attendance at soccer stadiums, can Greece’s top teams claim they are something more than a sports club?