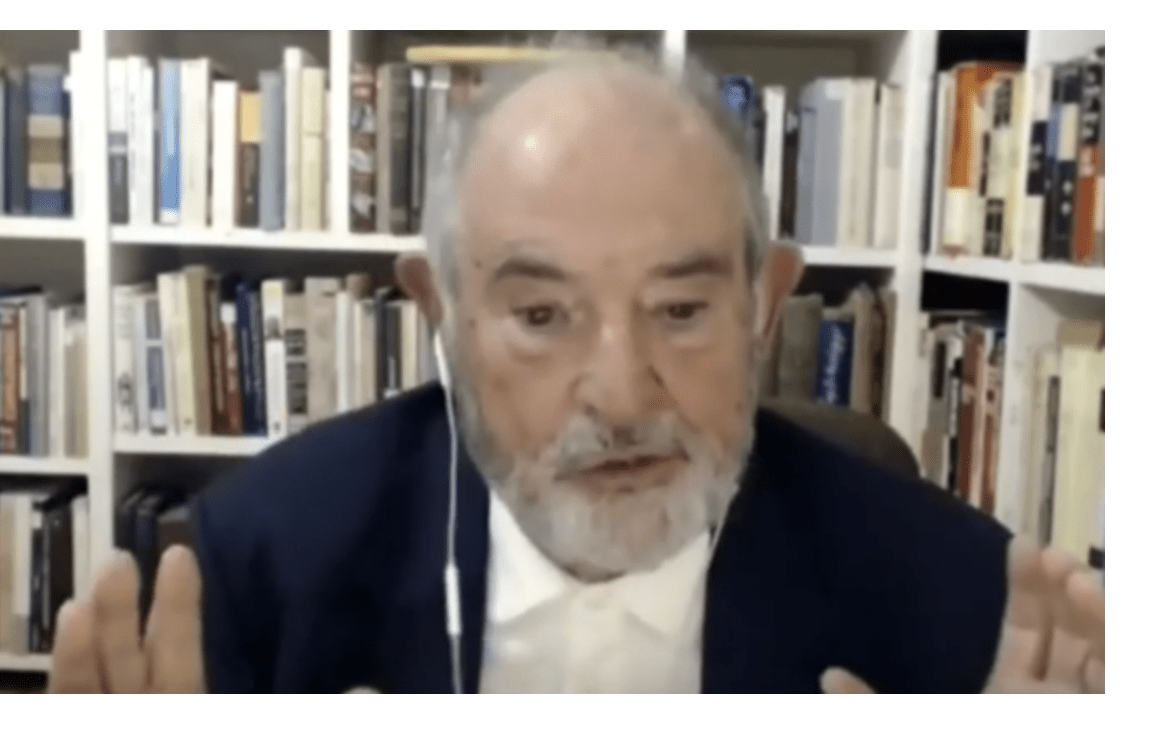 On November 19, 2020, Dr. Raphael Moissis, Chairman Emeritus of the CYA Board of Trustees and Chairman Emeritus of the Foundation for Economic and Industrial Studies (IOBE), participated in CYA’s Virtual Lecture Series. In his presentation, “Energy & Climate Change: Rhetoric & Reality,” Dr. Moissis examined the often stark differences between the rhetoric of Europe’s stated policy regarding energy and climate change and the scientific and economic reality of one of today’s most pressing issues.

Ulysses Kyriacopoulos, CYA Trustee and a significant figure in the Greek business world served as discussant for the lecture, providing interesting insight about climate change and energy from an entrepreneur’s perspective.

Although many blame the Industrial Revolution for the start of widespread pollution, arguing that industry laid the foundations for today’s climate change crisis, Moissis offers an interesting counterpoint: in the nineteenth century, the overwhelming majority of energy came from renewable resources, unlike today.

Dr. Moissis argues that the subsequent replacement of renewable resources for non-renewable sources, although leading to many devastating impacts on the climate, had positive effects on ecology.  People stopped hunting whales for their fat to light lamps, forests were saved by the use of coal, and electricity significantly reduced indoor pollution.

Despite acknowledging these benefits of non-renewable resources, Dr. Moissis stresses that they have caused the overwhelming greenhouse gas emissions that have caused damage to the climate on an immense scale, bringing the planet to the brink of environmental catastrophe.

On account of this indisputable link between fossil fuels and climate change, Dr. Moissis advocates for the widespread use of green energy sources. He contends that the economic losses that come with implementing environmental policies are worth it, as the cost of not taking action is much greater.

Currently, the European Union follows a laissez-faire approach to the energy industry, urging governments to allow private companies to compete for consumers in the industry by providing them different options for energy on an open market. However, Dr. Moissis advocates for public, state-operated energy companies, arguing that they reduce costs for consumers and help better achieve the European Union’s stated energy goals. Dr. Moissis highlights Israel’s energy corporation, which is 99.85% state-owned, as evidence of his theory, as Israel’s energy prices are much lower than Europe’s.

Amidst his words of caution, doubt, and concerns about energy and climate change, Dr. Moissis ends with a positive tone for the environment. “[US President-Elect] Joe Biden plans to invest 2 trillion dollars on preventing Climate Change…[and] Xi Jinping [President of the People’s Republic of China] committed carbon neutrality before 2060…but most of all, Mother Earth has tremendous self-sustainability capabilities. All we humans need to do is help to accelerate the recovery process.“

In our effort to stay connected with our community and engage with our students, alumni, friends, and partners during this pandemic, CYA launched its Virtual Lecture Series in celebration of the oldest study abroad program in Greece.  Should you wish to, you may make a voluntary donation here to support CYA mitigate the current pandemic’s impact on our school.