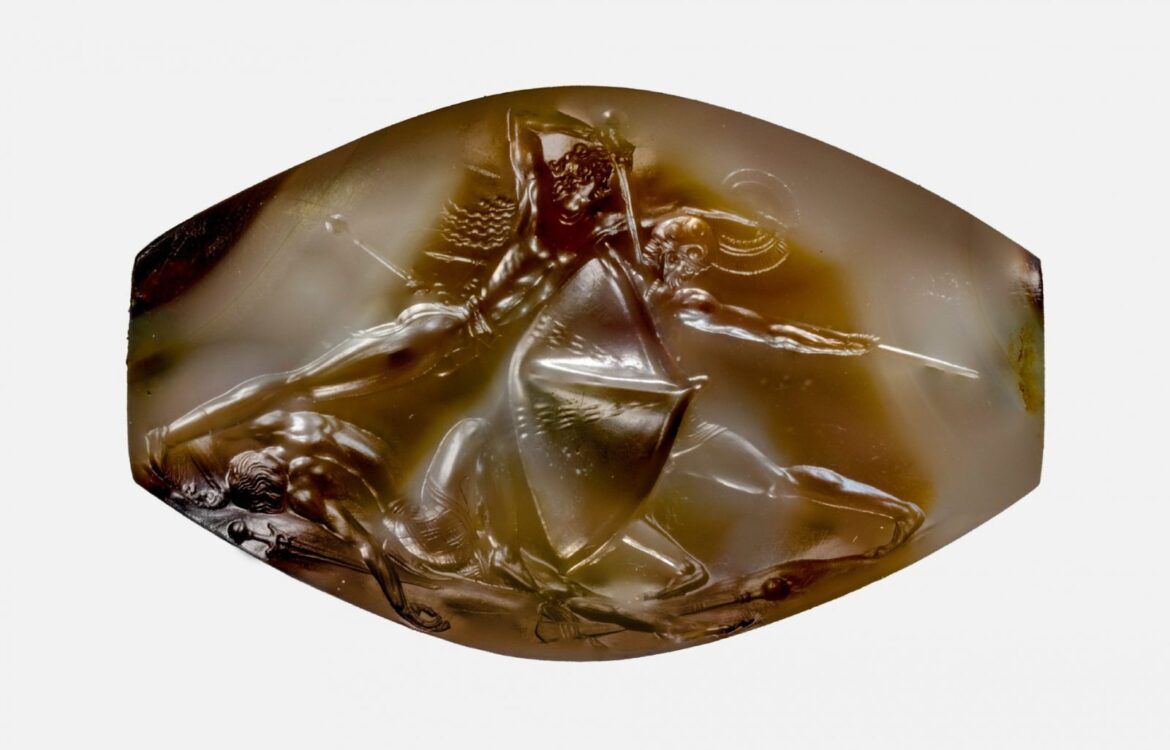 What happens when you’re responsible for discovering something that challenges existing knowledge about the roots of western civilization? The grave of the Griffin Warrior is the single most important discovery in Greece to have had such a significant impact in over 50 years.

This rare un-looted grave brimming with hoards of riches found beneath the surface of an olive grove in Ancient Pylos has captured worldwide attention ever since its discovery in 2015.

The Grave of the Griffin Warrior at Pylos – CYA/DIKEMES Public Lecture, Dec 6, 2017

Sharon Stocker and Jack Davis directors of the excavation captivated their audience conveying the story of their incredible discovery and shed light on many more fascinating details at the recent public lecture hosted by CYA/DIKEMES in Athens on December 6.

The husband-wife duo transported the audience to Ancient Pylos and journeyed them through the history of the excavation which led to the team’s discovery. Stocker and Davis went on to discuss the excavation itself, detailing the finds, the research beyond, and shared insider facts along the way with enthusiasm and humor, concluding with a Q&A discussion.

CYA president Alexis Phylactopoulos introduced the speakers, and audience members, including many CYA students, participated in the discussion, raising important questions, interpreting the motifs and offering explanations on the representation of Minoan Civilization. In attendance were prominent members of the archaeological community, several CYA professors including prof. Hüseyin Öztürk, a collaborator in the Pylos, Palace of Nestor excavation.

It was indeed a spectacular event. We thank the Sharon Stoker and Jack Davis and the administration of CYA for hosting such a fantastic lecture.

Listen to Sharon Stocker and Jack Davis give their first public lecture since the recent publication of the Pylos Combat Agate finding. Click for the full audio recording of the lecture and the questions that followed.

More about the recent published finding – “The Combat Agate”

Two years since this spectacular discovery, the site has been sealed, and the primary focus has shifted to the cataloging, analysis, and costly conservation of the thousands of precious items found inside.

Excluding almost 2000 fragments of bronze armor found in the grave, there are 1000 individual objects awaiting detailed examination. These unique objects require attention and preparation before being presented and published. It is a slow process and it’s expected to take quite some time for the items to filter into public awareness.

Most recently, an image of an agate stone found in the grave, known as the “Pylos Combat Agate” flooded the media sparking fresh interest and fervent admiration globally, particularly in the world of Art History. The magnificently detailed engraving upon the agate stone, which resurfaced after thousands of years encrusted in clay and lime,  has been declared by researchers as on par with the greatest artworks of the ancient world.

There is still a lot to be learned about the engraved scene depicted on the stone, as well as the method in which such an intricate design with incredibly minute details was executed (before the supposed invention of magnification tools etc.)