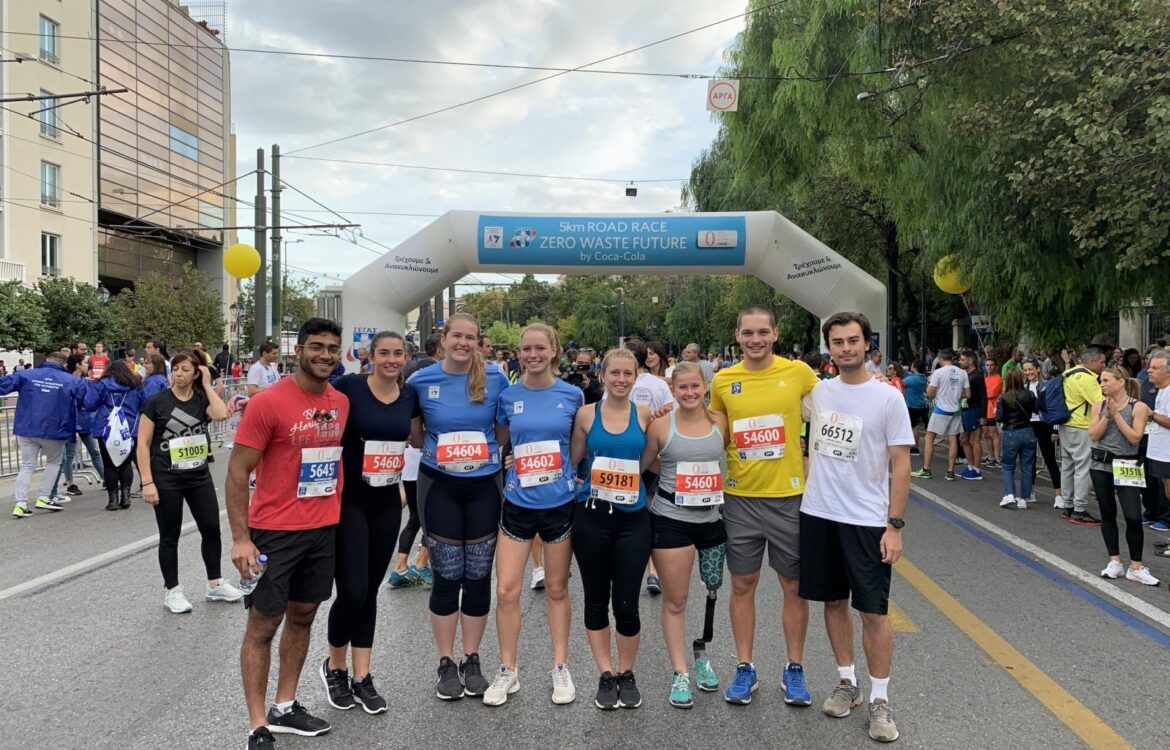 37th Annual Athens Marathon: CYA Students Run in the Footsteps of the Ancients

This past Sunday, during the 37th Annual Athens Marathon, over 60,00 people from around the world followed the ancient route from Marathon to the center of Athens. Many CYA students either ran or volunteered during the Marathon. Three CYAers, John Schurer, Cameron “Cammi” Whiteside, and Kaarin Pidge ran the full marathon. Callan Napier, Andrew Sharpe, Sophia Musiak, Abby Wolfe, Noah Mattapallil, Joey Simone, Alyssa Czaban, and Katherine Foster also took part in the day’s activities, running in either the 5k or 10k races. Congratulations to all who participated!

Filled with anticipation, excitement, and a bit of anxiety, the group of runners made their way to their starting points. While the athletes waited for the race to begin, the cheers from spectators on the sidelines and the music booming from event tents emboldened them for the race ahead. The rainy, cloudy morning gave way to joy and pride as the runners turned the final corner, only to find themselves face to face with the Panathenaic Stadium. “Unforgettable,” was how Abby Wolfe, a 5k runner, described running through the iconic monument, home of the first Modern Olympic Games.

When asked why she ran the entire Athens Marathon, Cammi Whiteside explained that when she found out that “the Marathon that started the entire tradition” would fall during her studies at CYA, she felt that she had to take part. Although the prospect of running a marathon seems far-fetched to many, Cammi reminds us that “it always seems impossible until you do it.”