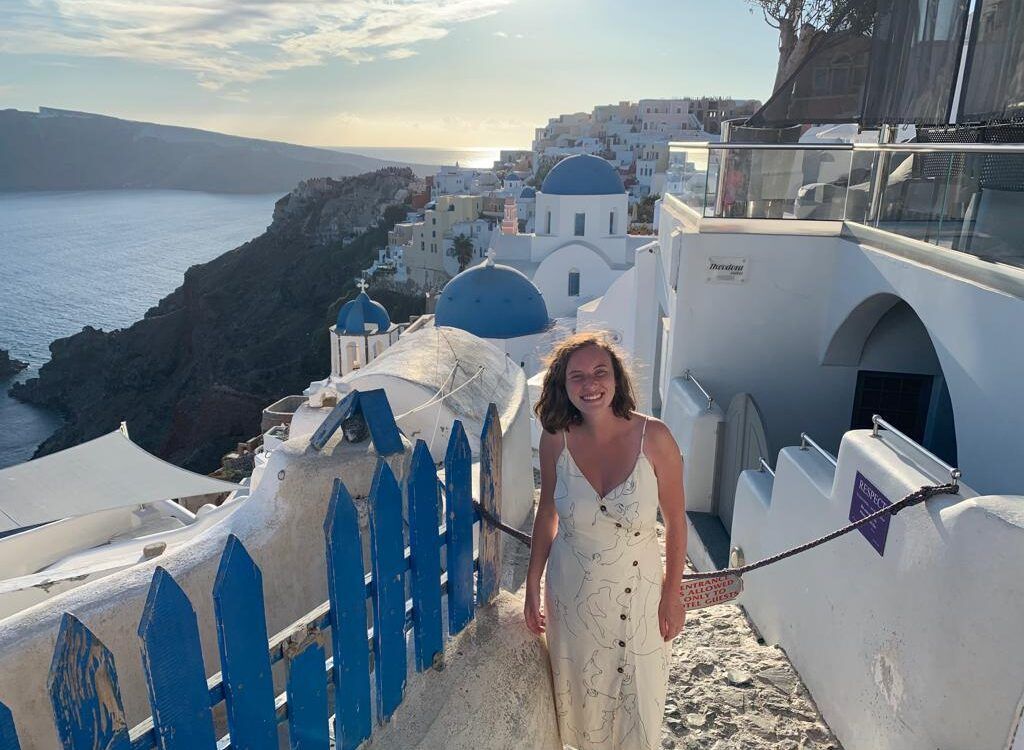 A Guide to the Greek Islands by CYA Students

When many people think of Greece, they think of the Greek islands. The stunning blue and white color scheme, the unique architecture, the gorgeous sunsets. While Santorini and Mykonos may be the Instagram-famous islands, the Aegean Sea and its Ionian neighbors have so much more to offer. From beaches that look too picturesque to be real to towns that don’t even allow cars, each of the islands has something unique to offer. Though island season is coming to a close as the weather begins to cool down. CYA students have had the chance to explore some of these incredible islands. Here’s a guide to some of the Greek islands, as seen by CYA students:

I visited Milos myself, and I don’t think I’ve stopped talking about it since. Our Airbnb was adorable, exactly what you’d picture for a little villa on a Greek island. It was all blue and white, had a terrace on the rooftop, and even had a hammock in the yard. We went beach hopping one day, and every single beach looked absolutely unreal. One was even in a little cove that you had to climb down a ladder and rope to get to! Plus, we had the best meal I’ve had so far in Greece. The island was everything I could’ve hoped for in a weekend getaway.

I loved all of the beaches we visited, but Sarakiniko beach would be my top recommendation. The whole beach is made of “moon rock,” this smooth white rock that shapes in neat formations. A friend and I jumped off a cliff that was about 20 feet high, which was a little scary but one of the coolest things I have ever done!

Why go to Milos?

Milos was a way to experience everything you expect from the Greek islands, but without all the crowds of tourists. It had fantastic beaches, was easy to get to, and fairly inexpensive. A win-win all around!

Sadie took a step out of her comfort zone by going on a solo trip to Santorini. Since she went over the first weekend in October, shortly after the usual tourist season, it “was busy, but not ridiculously busy.” She stayed in a hostel and met a few other solo travelers, and they “all just went to the beach together all day, and had a great time and great conversations.”

Sadie took a boat tour around the island, where she had a great time, saw some incredible views, and met some other friendly tourists.

Why go to Santorini?

For all the hype around Santorini, Sadie felt it lived up to the expectations – “it’s everything you want it to be and more.” From the gorgeous sunsets to the famous blue roofs, the island really is as picturesque as Instagram makes it out to be.

Frank’s experience on Naxos included all the elements one could hope for on a Greek island. From a classic Greek breakfast at a small bed and breakfast and fantastic views at ancient temple sites to afternoons wandering into local shops and evenings exploring the nightlife scene, he made the most of a quick weekend excursion.

What’s one thing people must do in Naxos?

Even though he forgot his swim trunks and had to stand by while the rest of his group hopped in the water, Frank still said the Temple of Apollo was his top recommendation on the island. With views of the “mountains, white buildings, and the sea,” the site is nothing short of “magnificent.”

Why go to Naxos?

Frank had made a last-minute to go to Naxos, but quickly realized that the island was the perfect place for just enjoying the views and “simply living in the moment.” He felt that having a carefree attitude and going with the flow made the trip all the better – “but also the crepes.”

Jackie was able to take some of her CYA friends and spend a weekend in Mykonos early in October. She said that she had “always wanted to go to Mykonos” and that despite the fact the offseason had already begun, they “had a great experience and look forward to going back someday!”

What’s one thing people must do in Mykonos?

For Jackie, exploring Mykonos town was a highlight of the trip. With incredible food, endless white and blue streets, and cute souvenir shops, visiting the town was her top recommendation.

Why go to Mykonos?

Jackie has been to five Greek islands now, but felt that “the island definitely stands out from the rest with the beautiful Mykonos town and its exciting nightlife.”

Hydra may not be the huge tourist destination that Santorini and Mykonos are, but for Abbie the island was “easy to get to” since it is one of the closest islands to Athens, and had stunning views “from literally anywhere on the island.” Not only were the natural features of the island enjoyable, but the locals were extremely friendly and welcoming.

Though Hydra is an easy island to turn into a short day trip, Abbie felt that staying overnight truly put her experience over the top. While the island was filled with the usual hustle-and-bustle crowds during the day, at night “you can really enjoy the quietness and tranquility of the island.”

Why go to Hydra?

Abbie’s response to why people ought to go to Hydra was simple – “the beauty, the locals, and the quiet.” Considering that the island has banned cars and any motorized vehicles, her answer is no surprise. For those looking for a relaxing trip away from the city environment of Athens, Hydra is the place to go.

As a Mamma Mia fan, these islands were on Sela’s Greece bucket list. These two islands are where the first movie was filmed, and Sela was able to see many of the famous sites, including the restaurants where Harry and Sam first meet to Kastani beach where the song “Lay All Your Love on Me” is sung in the movie.

What’s one thing people must do on the islands?

Though she saw lots of Mamma Mia sites, Sela said that the church, Agios Ionnis, where the wedding takes place in the movie was her favorite. NHot only is the church on a rock surrounded by the sea, but when she went “due to the morning fog, when you looked out to the sea you couldn’t tell when the water ended and sky started.” Complete with gorgeous blue water and cute stray kittens, Sela felt the church was a must-do.

Why go to these islands?

Sela fet the island had a truly unique landscape, with beautiful water, rocky beaches, and evergreen trees. She was also glad to experience the beauty of the islands without the intense tourist crowds sometimes found on other islands. Plus – “where else are you going to blast the Mamma Mia soundtrack on repeat and not get weird looks?”