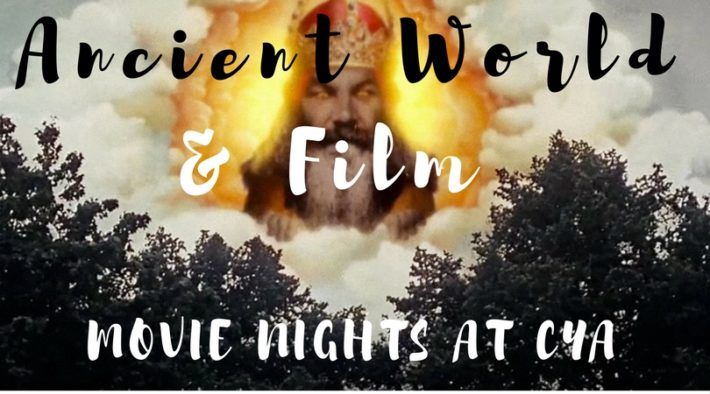 The use of classical and antiquity-related themes in modern cinematography has become a popular field of research in humanities in the recent decades. This semester, CYA students have the opportunity to explore such themes in our casual and fun series of Ancient World & Film Movie Nights held at the Academic Center Cafeteria Lounge.

The sessions include a brief presentation before the screening and informal discussion session afterward with CYA Professor Hüseyin Öztürk.  It goes without saying, each night includes pizza ? and soft drinks.

We kicked-off our movie night series this week with none other than “Monty Python’s The Life of Brian (1979) the popular religious satire.